The 1080 aspect is very good for close up inside the home, but for distances further out than 25 feet you can’t read a license plate. The one on my garage is great for watching my cars, but does little for catching any vehicles that stop for any nefarious reasons. WE NEED a higher resolution, not just a 4 K sensor. Even faces are blurry at 25 feet.

Not necessarily! WYZE brought us inexpensive cameras beating the tar out of everybody that sold 1080 CCTV cameras. Will it cost more than a V3 - probably, but there are ways to ‘zoom’ out to street level. I just bought a 27" 4K 3840x2160 UHD Frameless Monitor, IPS, 5ms, 1 Billion+ Colors, 108% sRGB, VESA for $270 and Best Buy wanted $950. I have little doubt that WYZE could produce an inexpensive version for us. BESIDES, it is gonna happen - the next logical step in evolution. The largest issue they are going to have is an effective frame rate to capture motion in nigh time conditions.

Even a 2K camera is a major improvement and these, for example, are currently $23 a piece including shipping. 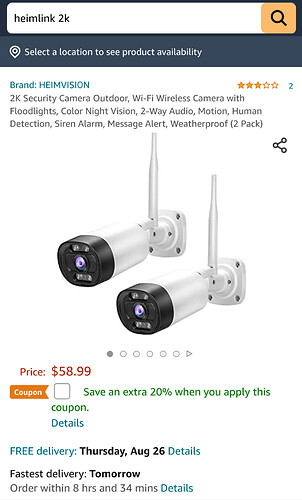 Also, Wyze V3 is now a $36 camera with shipping. It is no longer nearly the bargain it once was. I bet one could find a 4K camera at that price range.

one downside I could see to upgrading resolution would be the costs for the customer. especially for those with limited data. ( think hotspots)

a quick rough calculation I found.

Here is a breakdown with an estimation on the usage in different resolutions.

so obviously some have rather high frame rates but thats forgivable

but this would also drive up the cost of cam-plus pretty significantly I think, so more costs for the company as well. this would be one reason to definitely implement NVR of some sort and along with that considering a lot of the issues we find with some people using outdated network setups this would require quite a bit of upgrading for many I think. and we know how people like to read before buying things ( hello WCO and continuous recording for example)

this type of upgrade would take quite a bit of education for the customer base. believe

costs for the customer.

And on top of data charges, the increase per pixel for camera sensors is a lot steeper than that. An Axis 4K camera is about $1500. Even if Wyze can manage to lower that, it would still be lot more than $35.

Sorry but the bandwidth issue when viewing cameras is almost irrelevant. Viewing is nearly always local on the user’s WiFi network. At the quoted top rate above of 16 GB per hour that comes to only 36 Mbps. That is nearly trivial on most modern home WiFi networks.

The impact on NVRs and cloud storage is still real though.

As to the 4K sensor talk I don’t know what you mean. Here’s a 4K webcam for $29 picked at random off Amazon. There are lots of others. 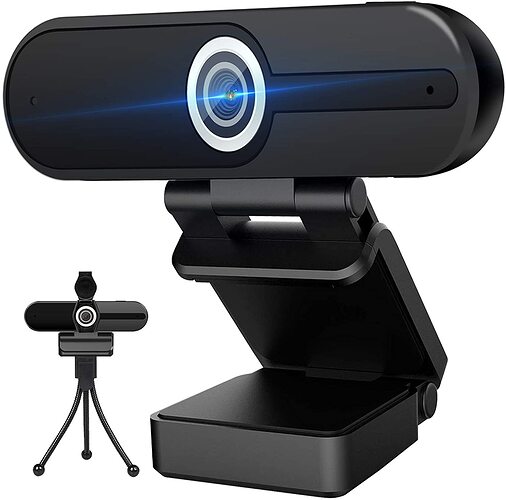 For $30, i don’t think the hardware sensor is really 4K. it probably is simulated 4K.

If you read the specs, it says, video is really 1080P. That’s probably the sensor optical resolution, as it can’t upscale to 4K in software in real time.

Also, on the bandwidth, I do get the point about atypical networks, but one could always crank down the recording resolution.

Valid point on bandwidth, but as I know you have read as well there are many people running very outdated routers and although I have not personally experienced it I have been told that ISP leased routers have bandwidth limits on them. I don’t know the full truth to that. They could have been confusing the connection limit with bandwidth in the article that I read.

I had no idea the sensor costs were that extreme. It seems like in this day and age especially with the propagation with cell phones and good cameras those sensor costs would have dropped significantly by now but anything can happen. I’ll leave it up to the company to research that one

I had no idea the sensor costs were that extreme

Because they’re not? There are 4K 8 Megapixel PoE Starlight sensor webcams on Amazon under $100, and here’s another variation on the above for $33. It claims full 4K with an appropriate monitor.

The V2 and V3 cameras are becoming more of a novelty than a serious CCTV security system to some of us that see the potential of having better image quality. Wyze could supply a Hi Res solution at a reasonable price. The question is, ‘Do they want to?’

I know I am going to purchase a HiRes solution sooner rather than later. One that has a NAS connection and a multi-terabyte SSD.

My Wyzs cams are using 128 MB SD cards and will record ~2 weeks of continuous video. That is enough to cover my vacations, but the evidence disappears if the bad guys steal the cams. This scenario is not acceptable!

Wyze has $100 million to put to use towards what their customers want.

Based on a recent survey, the #1 thing customers want is the option for higher resolution and higher frame rates.

Great, but at what resolution? It has to be above 1080 that seems to be the default standard. High enough to read (clearly) a license plate at 50 feet at night.

Great, but at what resolution?

“4K” refers to horizontal resolutions of around 4,000 pixels. The “K” stands for “kilo” (thousand). As things stand, the majority of 4K displays come with 3840 x 2160 pixel resolution, which is exactly four times the pixel count of full HD displays (1920 x 1080 pixels). A High Definition monitor with 1080p resolution is composed of two million pixels (1920 x 1080), while a 4K monitor (aka Ultra High Definition) has over eight million pixels (3840 x 2160). Therefore, 4K has around four times more resolution than 1080p and produces a clearer picture. But if viewed on an HD monitor, the resolution is still 1080. I am sorry that I didn’t make my thoughts a bit clearer.