I have motion in the middle of my wyze camera zone which constantly triggers an event. If I set a detection zone, I can set the “block” to the left or to the right of the motion, but not both and I can see no way to “exclude” the center of the zone. Any ideas or maybe thoughts for an improvement to set an “exclusion” zone.
Thanks

Simplist way is to move the cam…and it’s free.

Sure, except it’s clear they do want to capture motion on both sides of the busy zone.

I’ve done two end zones with one of my cams.
The OP needs to expirement with his application then decide if he needs to add another cam and or senors.
Sounds like his cam could be placed too high maybe ?

But, for me less is more… 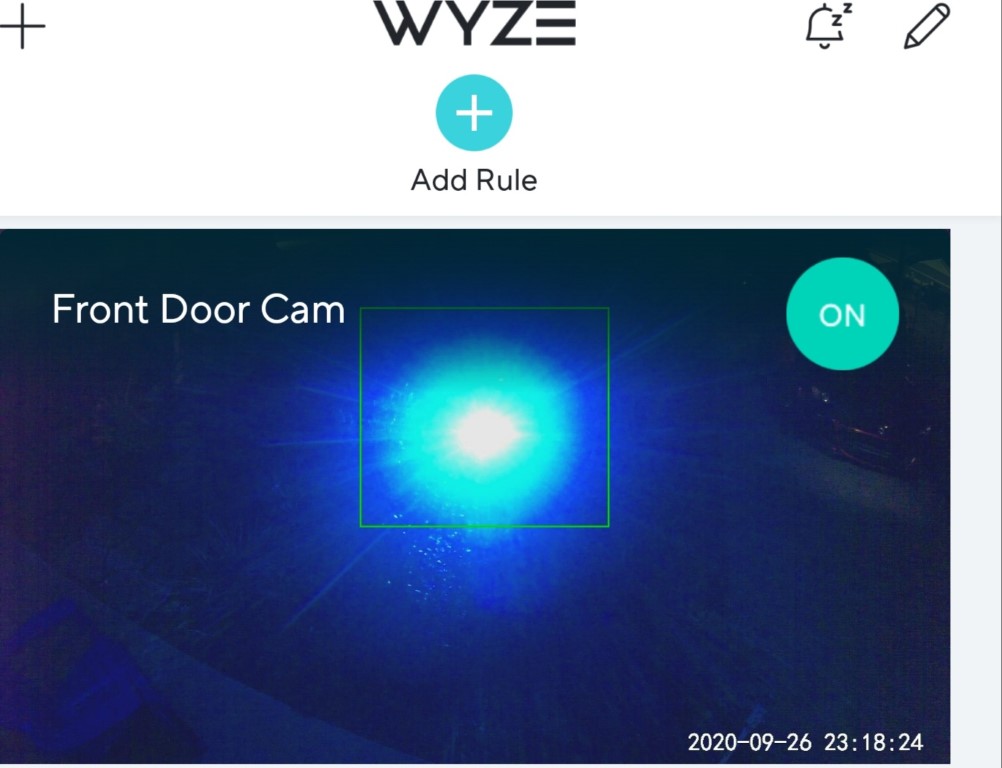 “I’ve done two end zones with one of my cams.” This is exactly what I’m trying to do…I’ve experimented and could not find a way…how did you do this? Here’s a snap of what I’m talking about…the light in the middle “swirls” blue and green lights to create a northern lights effect…that swirling is seen as movement by the cam. To the right is my boat and to the left is my front door…I would like to exclude the light area.

I don’t know what technique @gku2 means, but seeing that photo I’m convinced my suggestion #4 (tape) would work for you. So would the other 3…

But… that light is also bleeding over both left and right zones,. You could experiment with IR and other filters too. I am assuming you are not the one who controls the light.

If the bulb is inside a fixture, try sticking a piece of aluminum foil (shiny side in/dull side out) to the inside of the fixture with clear tape to block the glare. If the bulb is out in the open, stick electrical tape on the side of the bulb facing the camera.

That’s cool too, if he or she can tolerate the reduction in lighting in that direction.

But I think I overlooked something more important. That light (OP’s) is obliterating the camera’s ability to see anything on either side due to the underexposure. Either tape solution should help.