I have a window that looks out to the front yard and would like to mount a v2 directly on to the glass. This window has no ledges, so the only way is to “stick” the camera directly. I thought about mounting it outside, however as I live in an apartment building, the HOA rules prevents me from doing so.

Did you try the adhesive ring they supply with the camera? You peel off the white backing, and stick it to the metal mounting plate, then the mounting plate to the window, or any nearby surface.

hmm…I didn’t think of those. I’ll have to go and find it and try it out. will report back. Thanks

However you mount it, try to take the strain off the power cable. The camera isn’t very heavy, but a power cable and maybe even an extension cord hanging off from it can get to be a bit much. So hang the cable on something to remove the weight. For me, I tied the camera cable to a curtain rod, then plugged the extension cord into the cable hanging down.

I saw an installation where someone used double stick tape to tape a 2 inch angle iron … also known as a corner iron … to the window glass.

And then rested camera via magnet on top. His original installation held iron on with blue paint tape, but he was going to revise. He said it worked. 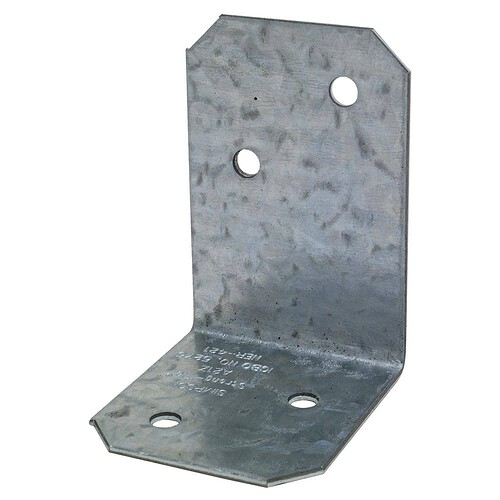 The adhesive in the included double-sided tape ring is extremely strong. If you affix it to the front of the carmera, then have to move or remove it from the window later, you may end up damaging he camera. I’ve never heard of anyone trying this, but there’s always a first time.

The adhesive in the included double-sided tape ring is extremely strong. If you affix it to the front of the carmera, then have to move or remove it from the window later, you may end up damaging he camera.

Good point, I’ll take that option out of my post.

I’ve heard a hair dryer will make the adhesive let go, but of course that would be better done to the metal plate and not the camera.

I am using Velcro (H&L with “double stick”) to affix 3 of my cameras tight to the window.
I’ve a narrow aluminum window sash which is about 1" deep.
I put a strip of H&L on the sill, and matching on the base of the V2.
With that the weight of the cord was enough so the camera just tilted back. So I affixed H&L “dots” on the window and front of the cameras.
I’m pretty sure 4 H&L dots would hold a V2 w/ cord.

If I recall correctly, the included adhesive ring is 3M VHB and it will definitely do the job. I’ve mounted several dashcams to windshields with VHB and they don’t come off until they are intentionally removed. I had a Dropcam mounted to a glass window using VHB.

Make sure you clean both surfaces before applying any adhesive.

I have one of each of these that the v2’s set on , the face of the cam is right Against the window .
They work great and Contrary to popular belief they do not fall off , Been stuck on the windows a year now .
You can put them anywhere on any window you want And if you decide you want to move it to a different spot or different window , no problem

All great ideas…I’m borrowing some of these. One thing I’d have to add is to clean both surfaces with rubbing alcohol.

When you mount it you may need to cover the glass to prevent reflection,
This is one of my solutions: 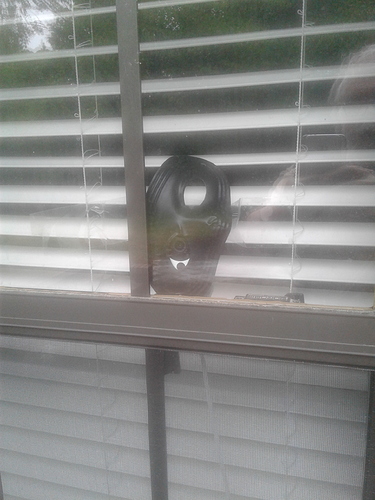 This is how I have mine mounted. Ill take a picture of the front door tonight to show everyone…

I’m a bit late on this, but its a simple mount and removable very very easily.

so I came up with an idea for mounting your V2 pretty much anywhere indoors, wall, windows, underneath a shelf…etc… if you come up with a cool way to use this method I along with many other would love to see your idea. items you will need… 3m double sided adhesive command strips. ( far more easily removable then the adhesive that comes with the camera and washer.) steel right angle bracket. your Wyzecam mount washer (or another steel magnetic washer of roughly the same diameter) rectang…

Are you using the bird feeder mount on the inside or outside of the glass?

How about using 3M Command Strips?

That’s what I use for my V2 and it’s perfect.

Would you mind explaining what you did to prevent reflection? Thank you.