I’m setting up my first Wyze Plugs. I can’t believe I’m this late to the Plug game having purchased literally hundreds of WyzeCams.

I also can’t believe that the WyzePlugs won’t work on the same wifi networks as WyzeCams.

There’s apparently a new length limitation on network names for Wyze Plug, and mine is right at that limit! (32 chars long)

WHY? What earthly reason did they have to give it more limitations on what it can connect to?

And especially why do all the camers work on this ssid but not the plugs!

If you look at Step 4 in the camera setup instructions below you will see the cameras are limited to 31 characters. So it would appear to me to be the same limitation for the plugs, bulbs and cameras? Are you finding it different in practice? I just setup a guest network with 32 characters in the name and could not join either a camera or a plug. Removing 1 character allowed me to join both.

Follow along with the video or read the article below to set up your Wyze Cam v1/v2 and Wyze Cam Pan. Before you begin setup: Download the Wyze app on your smartphone or tablet. Connect your d...

The last time I looked at Wyze Cam setup instructions was around the dozen camera mark in 2018.

I put around 15 cams, on the same wifi network that the plug refuses to join.

So it looks like this length limit is a new restriction they rolled out to all their devices? This reminds me of when Wyze decided that I wasn’t allowed to use wifi without a password…

I honestly don’t know. 31/32 Characters is actually part of the WiFi standard from IEEE. Later versions of the standard may relax it but at least for all current standards on 2.5 Ghz networks it’s that limit. 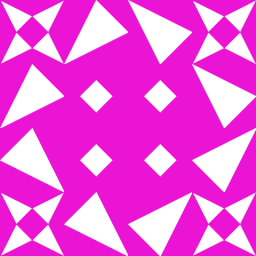 Is there a standard that defines what is a valid SSID and password?

I read the document there linked. It specifies that a 32 char ssid is in fact valid. My SSID is 32 chars. So it is compliant, and Wyze’ firmware is out-of-spec.

And again, I joined cameras to this SSID many times before, and now all of the sudden it’s not allowed. Just like the open-network ban, some engineer within Wyze is overstepping their authority and needs reigned in. This would be just as inappropriate as if the app checked for obscene words in ssid or password and rejected “inappropriate” ssids.

That’s a shame. And I was quoting numbers from memory not the spec. Shame it does not work for you.

Hi @BillyCroan. Wyze support and devs do not monitor this forum. I would recommend contacting support with the issue you’re seeing.

Keep in mind that this forum is primarily a user to user community. If you don’t get a helpful reply here, please file a Support Request. You can also submit a request from within the Wyze app by going to Account > Help & Feedback > Submit a Log. This method will allow you to send an app log for diagnosis as well as report your issue. (Note that if you are using a beta version of the app, the log will be sent to the dev team rather than Wyze Support and will not generate a support request.)

There’s a bug in the original firmware.

But I just tried putting the plugs back on the correct network and the app is still telling me it’s not allowed. There’s a UX/UI bug in the app itself.

It’s not that uncommon for programmers to get ahead of themselves. Fancy themselves experts in areas they are not. Email addresses are a classic example of this. So many devs have copied and pasted the same flawed email address validation code out there without having ever read the RFC, and so email addresses with a + sign are often rejected as ‘invalid’ when they are in no way so.

I agree with all - just ran into this for my Cameras ---- because I moved and setting up new home. I’m right at 32 characters - UI in set up app does not allow - this should be fixed to 32. Anyone aware of a work around?

I just ran into this when setting up a new Wyze indoor camera. All of the other devices in my house accept a 32 character SSID which I’ve had for years, it’s just weird that this app refuses. I’m going to contact support, I’m not interested in redoing the Wifi on all my other devices just for this.

+1 Indeed. Wyze isn’t my mother. So it doesn’t get to tell me what to do. My SSID is my business. The SSID is set on the Access Point. If my Access Point allows it, and broadcasts it, then it’s valid. The app should not be limiting length, period!