I needed a 10’ black USB cable for a new WYZE V2 installation. The micro USB end of this cable would not fit into the back of the V2; it needed modification to fit. Photo Micro 1 shows how I placed the black micro USB next to the WYZE one for comparison. It looks like one side of the black micro needs to be trimmed more than the other. Photo Micro 2 shows grinding using the front wheel surface of a bench grinder while photo Micro 3 shows the side of wheel method. Of the two methods, I prefer the side method.

In general, side face grinding is not recommended for steel material, however this plastic material won’t hurt the grinding wheel. I applied a light pressure with an in and out motion, all the while mindful of my fingers. I frequently compared it to the WYZE terminal. After grinding both sides of the black terminal, I did grinding on the four corners to match the side radiuses of the WYZE plug.

Photo Micro 4 depicts the finished black terminal next to the WYZE one.

Photo Micro 5 shows how the top and bottom surfaces of the black plug extended into the strain-reliever portion of the plug. I did this to allow the plug to be pushed through a very small elongated hole in the wall.

The modified plug fit into the back of the V2 very well. 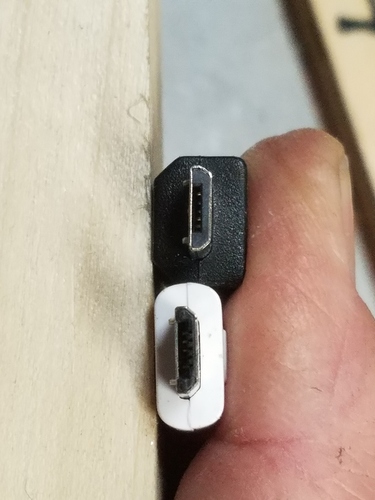 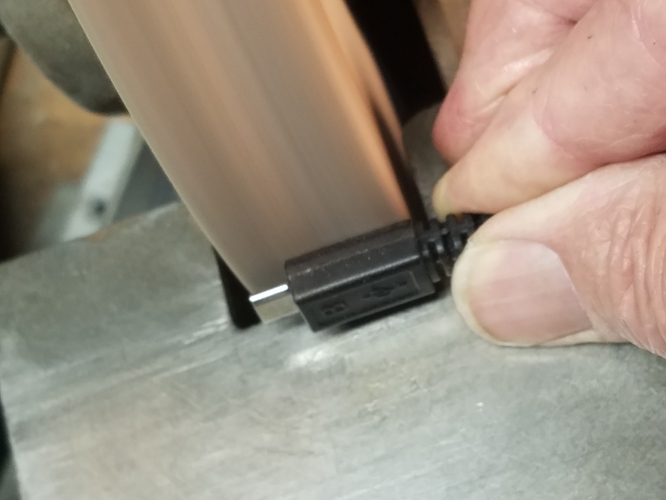 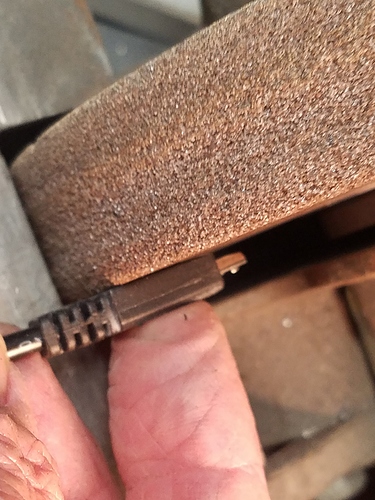 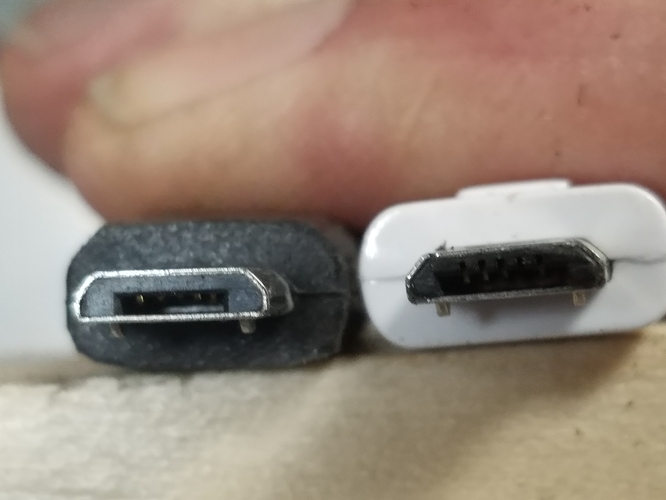 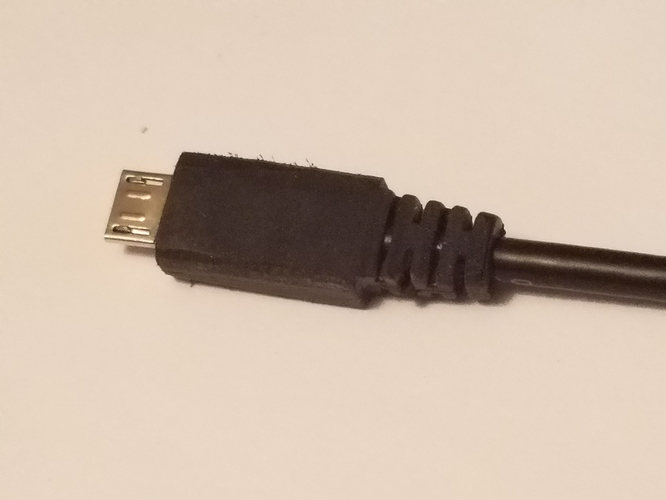