After being away for three months with no feed, I returned and it seems to be okay even though I didn’t do any reset. I have the latest firmware on my iPhone and got the feed with the WiFi turned off. No idea why.

I am having the EXACT same problem…EXCEPT i can connect when i get to work, but if i close the app to go to a meeting or somethin when i open the app back up and try to connect it wont connect no matter how many times i try.

Having same problem. When not a home (on home WiFi) I can not get a live stream. Notifications work and can view notification video clip. But no live stream when away from home! Help - how can I fix?

Same here. Latest updates and firmware on both the camera and my phone (android). Cannot get a live stream away from my home network, whether I try my office wifi or cell’s LTE connection.

I tried power cycling the camera, my phone, my router, etc.

BTW, also when away from home, I still receive notifications, can view the video but cannot view the live stream nor playback any video on the sd card.

Same issue here. I have 4 cameras (in 3 locations). 2 cameras keep losing their connection and of course, from 1200 miles away, there’s nothing I can do.

Distance from the router isn’t logical since in one location, the cam furthest from the router works and the closer one doesn’t. The other non-functioning cam, I’ve re-started multiple times and now I just deleted it and re-installed… we’ll see. Any other suggestions?? losing faith in Wyze…

The app is working fine with my Android phone, but the 2 iPhones I have do not cannot connect.

WYZE YOU SHOULD FIX THIS ISSUE!

They are high percentage of people who bought Wyze Cam V2 and Pan are having difficulty to load the live feed on mobile data. Sometimes they work fine on WIFI but no chance if there’s no wifi!

There should be several reasons why these happening:

~Wyze engineers already know the issue but not bothered to care about it as they already have fair amount of sales but they dont realise that eventually the sale will come down due to the major issue of the app does not load live feed which is the whole point of security cameras. There are many Chinese security cameras in Ebay right now that do exactly same thing.

~Wyze absolutely does not care about customer satisfaction and as long as they sell and make money there would be no support.

~Till this issue is there and not fixed I make sure NO one around me buy any Wyze cam as I already wasted money and time on them. 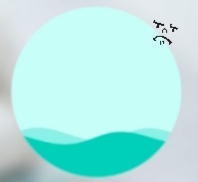 Same problem here. Not able to connect when away from home. Very frustrating

I have 2 cams WYZE v2 and they stop working, I have to shut down the power and they start working again for some time every day the same. Is a big problem with this cams v2 I dont know where but they have to give us some answers now.

Same issue. Perfectly working on wi-fi, maybe connects 5% of the time on 4G LTE connection. My home external DVR system works perfectly and connects INSTANTLY, meanwhile the Wyze app just attempts to connect over and over again until it times out.

Utterly useless device without a functioning app, unless all you want to do is record 24x7. I will be returning the two I purchased.

Speak with your wallet and your social media platforms. If you have the same issue, open a support ticket for a refund and let everyone know to stay far away from Wyze until their support wakes up. If enough people do this, perhaps they will pay attention and fix the issue.

I can’t even connect to mine, just went out this morning. I keep getting an error… Of course the day I really needed my cameras to work, they are not.

You asked me to speak so I will, we purchased 4 cameras going on 5 months, two indoor and two outdoor and all are working as good today as they did on day one, at the beginning we had some issues that were isolated to user error.

One of the outdoor cameras was having a connecting issue and at time low quality video, I purchased a WiFi extender for that side of the house and now that camera is as reliable as the other three.

Well I don’t want to jinx anything but camera seems to work on both outside WiFi networks and using my phone’s mobile data connection.

I tried connecting over the weekend and it started working. I didn’t change anything with my router, camera, phone, etc. It just decided to work on it’s own. Go figure!?!?!

Just purchased a v2 model. Works great with live view with I phone 7 but once I switch to mobile data it get really choppy. I haven’t had a smooth live view while off of WiFi. Once on WiFi everything runs great. Seems like other apple users are having the same problem. Any idea why?

Wyze not responding to this issue which is the biggest issue and they totally ignore it.

IF ANYONE HAS THIS ISSUE AND LIVE IN US SHOULD FIRST RETURN THE CAMS BACK TO WYZE AND SECOND COMPLAINS TO GOVERNMENT AGENCIES WHO LOOKING AFTER CUSTOMERS RIGHTS.

IF THEY CAN’T FIX THIS ISSUE THEY SHOULD NOT SELL FAULTY ITEMS TO PEOPLE, THIS IS SCAM AND IT’S A CRIME. THEY SHOULD BE HOLD ACCOUNTABLE.

Same here. Live steam Works perfect while at home on WiFi but doesn’t work away from home on mobile network. iPhone 8+ user.

octuber 5th 2018 mine finally works!!! with the new update of the application. It seems the problem was the speed of my internet, but now the wyze cam in the new update has included “360” pixels in live stream, you can choose “sd” “hd” or “360” NOW IT WORKS!!

I just bought 5 of these cameras and then stumbled onto this discussion. I wish I had known this before making a purchase and considered the options better.

One of my cameras has audio but no video feed. The video on the recorded alerts is also blank. I’ve turned the camera off/on through the app, restarted it through the app, unplugged the device, reloaded the app, and cannot get it working.

Has there been a solution to the issue yet??

@WyyzeCustomerX… The issue you describe is different than the topic of this thread. I’d suggest you go through the troubleshooting guide:

If that doesn’t solve it, keep in mind that this is primarily a user-to-user forum. If you don’t get help here from the community, file a support ticket, preferably from within the app while the bad camera is selected. That will ensure that the logs are captured. You might want to submit the ticket right away because there’s somewhat of a backlog. You can always let them know it’s already resolved when they contact you.

I posted this in another thread. Maybe it will help you too.

I’ve had nothing but issues with remote connections since I purchased two pan-cams. Ticket opened with support to no avail.

However, when gathering logs off the SD cards of the two cameras, Windows alerted me that both of them were in need of repair. After repairing both SD cards, I’ve had near zero problems connecting, even in low 3G/4G signal areas.

Also, my one camera that used to be possessed like the child in the Exorcist has stopped randomly spinning its head around. It used to do this at least once per day and was kinda freaking me out.

Now the question is what corrupted them in the first place. If I had to guess, it was probably a firmware bug that was causing them to spontaneously reboot while data was half-written to the SD card.