Hi there!
It is an amazing camera and very affordable and simple, congratulations!
My suggestion is to include “license plate” reading or recognition (OCR) this way we can use in community surveillance. For instance, in my case, my idea is get together with my neighbors and buy 10 or more and place them in strategic locations in my street and surrounding areas. With this feature we will have full control of car traffic in my neighborhood in addition to pedestrians.
This is a great tool for owners association, communities and the city itself, since footage can be use and shared with police and authorities.
This is a whole new niche to be explored and budget friendly.
Have a great evening!

Might be tough to implement, because the OCR technology would need to know where to look for license plates in the first place, for example, so it would be heavily dependent on placement. Also dependent on whether your camera is close enough to the license plate that it can be read in the first place, or whether the car is moving too quickly. These cameras don’t have a super high frame rate, and while the quality isn’t bad, the clarity isn’t really great for reading a license plate at much distance, especially for a moving vehicle.

I like the idea in theory, I just think the cameras are probably a bit too limited to accomplish this very well in the first place, and I also think that it would be tough for them to implement this as a “consumer” feature since it depends so heavily on the placement of the camera.

i wonder if since this is an application of other software, like ispy, if it might also be useful to provide a manner to add this cam to other software rather than add software to this camera…?
i too live in a small community in which the hoa tracks license plates for parking violations (visitors parking in residents’ parking), and this would serve us well.

I know this is a little different than your request, but if you have your Wyze Cam set up for RTSP you can use the program iSpy. iSpy has a plug in for license plate recognition and OCR I think. Link

i had asked about this previously and was told it couldnt be done. as of now, i dont see a way to set this up

I don’t think the 1080p resolution and sometimes even the bitrates are high enough to capture licence plates from any decent distance.

With a consumer camera, people are going to put the camera wherever. It may be close to the plate, it may not. And who knows what the angle would be. It would be just be tough to build enough intelligence into the software to recognize license plates, at least with any kind of consistency. Not to mention that the resolution may just not be there in the first place.

I have one cam running RTSP and set it up to use iSpy to access it. I don’t use it to monitor anything outside so I’ve never been inclined to try the license plate or OCR plug ins, but I can see where there would be problems. As mentioned elsewhere in the thread, resolution and speed are factors that would be difficult to overcome. I could see a case where a Wyze cam placed in close proximity to a license plate while stopped might work, but I doubt it could catch one moving at an any distance.

I would prefer not to need to go and subscribe to a 3rd party. I feel like with the Wyze App this is something internal you guys can do to add value to your home automation.

Obviously due to security you would have to tie it into ALPR and GPS/wifi so when your phone and car arrive in the driveway the door opens or unlocks. I wouldn’t want someone out there with a peice of paper with my plate written on it

I’d like to add that with GPU’s this is done very easy these days and don’t require crazy 4k resolution. Many police cars use it, along with parking authorities that drive around lots to see if cars have paid for parking. Not all cars are the same height, or at the same angle.

I think the main thing would be the processing required on the backend. Unless WYZE make their own application to run on your PC and view your cameras, integrating OCR/ALPR etc. can’t be done ON the camera. It has to process the image. It’s no different than facial recognition, It requires heavy GPU resources. Think about it, if you can tell the difference between 1000’s of faces in video and images, bold text is a breeze.

With the $110 million infusion by Jay Z into Wyze and the emphasis on improving AI features, I would think it would be a definite competition beater if ALPR were featured in Wyze AI. Even if it means making a specific solar-powered, battery, outdoor wyze cam with higher resolution/frame rate and long range Wifi antennas built into the solar panel.

Only one company is doing open ALPR and they charge $5/mo for residential (Rekor scout). 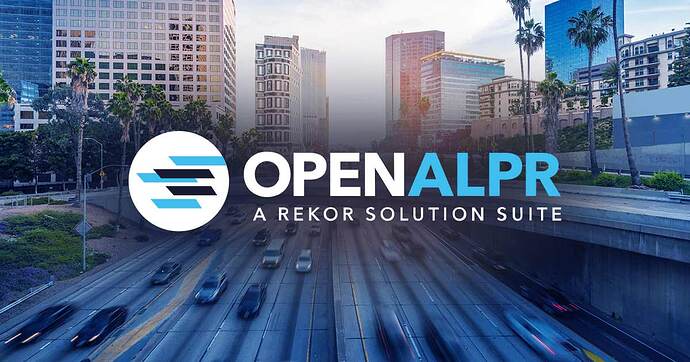 They may get privacy fanboys riled up but my city already has 30+ cameras setup at major intersections and make arrests on stolen vehicles once a month or more. All we need to catch thieves are the license plate numbers. Yes, sometimes they come into the city with paper plates but police will give those vehicles more scrutiny now. 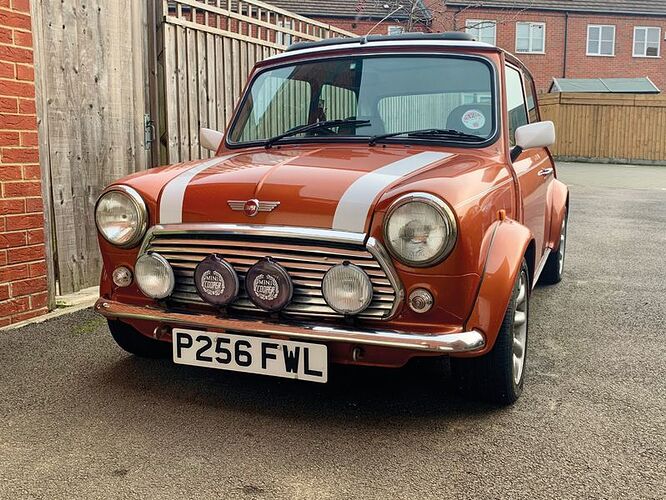 Who’s that parked on the driveway? Find out automatically using ANPR

For now I’m setting up a solar panel to a wyze outdoor cam on/under my mailbox to get license plate numbers but some people’s mailboxes are out of their wifi range. Hense the need for a better wifi range camera and outdoor base station.

I think something like this would be nice for daycare/private school and car pickup lines with the camera at the entrance would feed the license plate number and do a database lookup and display the children’s name in order of the cars arriving to help them efficiently get the kiddos out.

Wyze has an opportunity with the v3 and future cameras to use their AI technology to read and capture license plates. I’m sure, if surveyed, 99% of customers would say they purchased the cameras for home security. If that is so, this feature is essential to helping police solve crimes. We know criminals often steal license plates before commiting crimes (cold plating), but a stolen plate is still a lead. The list of plates could be retained by the user or the stream could be shared with the police department via a law enforcement share link. Flock doesn’t have to be the only player in town.

[Mod Note]: Your request was merged to this topic for consistency in grouping similar requests. Please remember to scroll up to the top and click the VOTE button. You may also wish to comment on and/or vote for License plate scanner? (dedicated ALPR).

We agree with you 100%! We live in a rural setting. There’s a lot of crime happening and one just never knows when it will come to your own home/property. We have a son that’s a police officer. He’s the one that introduced us to Wyze. Yet we were disappointed to find that the cameras that we have don’t capture license plates. We don’t want to purchase a doorbell camera unless it can capture the plates. We want to stick with Wyze, but feel we may have to move forward with another product…sadly.