Is this the normal image quality? 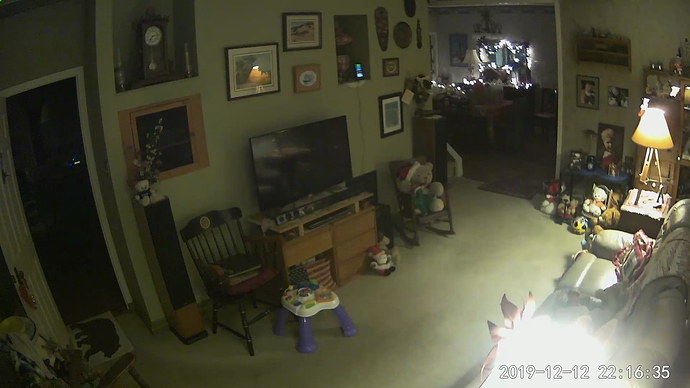 If this is the expected quality of a HD image — I am NOT IMPRESSED. 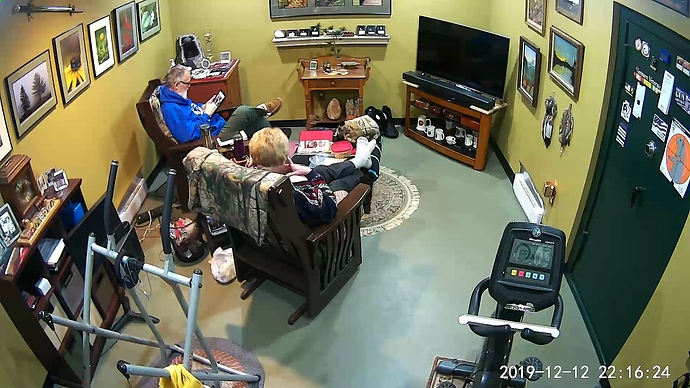 This is from another Wyze cam and it is very much better. Something wrong with the first one?

Lighting is a factor.

Looks to me like the lighting in the lower right corner may be causing the washed out appearance of the image. What is the quality of the image in brighter and more even light? The rest of the lighting looks low enough for the cam to possibly be on the threshold of switching to night vision.

I agree lighting. But for $20 still pretty good imo.

Understand the lighting, but here is comparison with all lights out 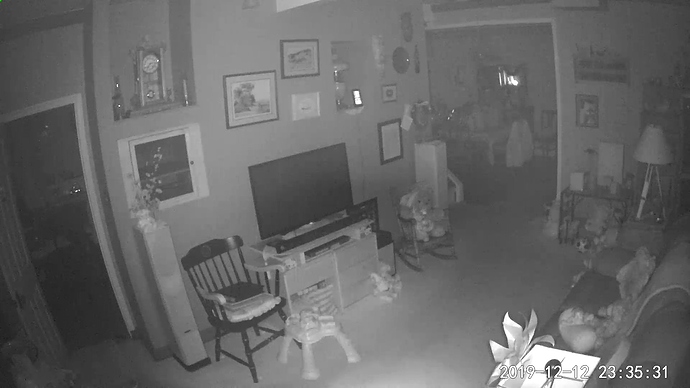 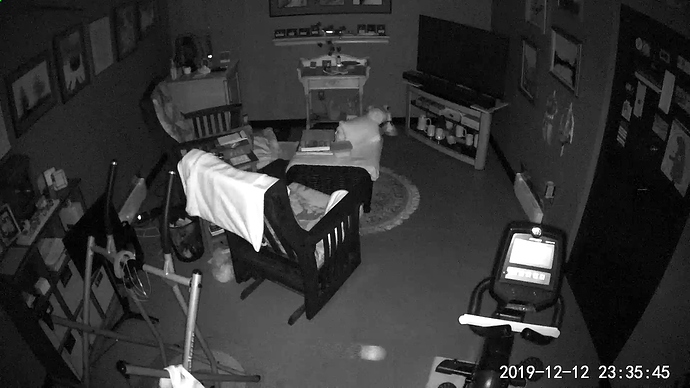 I don’t know how much time you want to spend on this but:
It looks to me like either you do have a cam problem or there is something odd about the lighting in the first photo. It just looks very different from the second. If you have the time, energy and interest it would be great to either switch the two cams and compare using the same settings or, probably better, set them both up in the same place and take comparison shots side by side. If the second cam is obviously inferior then definitely Open a Support Ticket Here.
If you wind up going that route the A/B photo can be included and would be very helpful.

Wondering if it’s the inner lens haze issue that’s been posted in another forum here.

It’s possible. I’d be interested to to see a side-by-side comparison though. It’s also possible that the outside of the lens is smudged.

Swapped out camera, tried it under different lighting and then just junked it. Not a dirty outside lens (cleaned with microfiber cloth) but might be hazed inside. Not worth the $25 to find out. This is replacement cam. 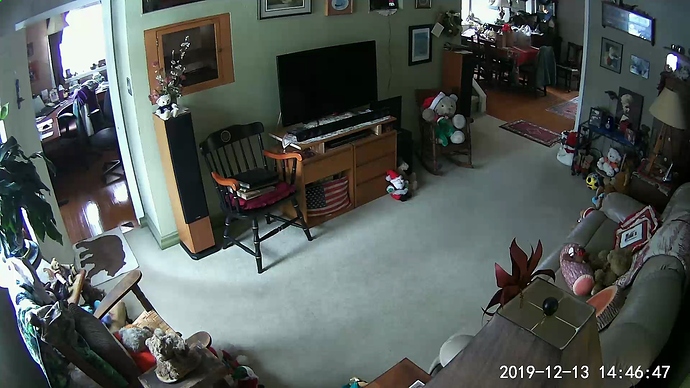 Okay. So under the same lighting, it was still looking fogged like that? Well, if it isn’t too late to fish it out of the trash, I’m sure Wyze would send you a replacement. They’ve got a good support team. If you’d like to go that route, you can contact them here.

Even if you bought another you can still Open a Support Ticket and request a replacement cam. I think that they almost surely will replace it.
Either way, glad you got it settled.
//edit: @nerdland and I obviously think alike. He just types faster! I really do recommend you take this route. They have replaced two of mine before and if you are thinking you don’t need another cam - don’t worry - they have a way of finding a use when you have them!

Agreed, I have 6 V2s now. Haha. I didn’t really intend to get that many but I bought 3 more when they released the black ones because they work way better for my front-facing windows. (They don’t reflect in the glass when they get blasted with headlights) Most of my cameras are in windows, facing out, (I moved the white ones to the rear now, where the reflections aren’t an issue) but I’ve got one “roving” indoor camera that I point at the front door when I’m out of town, and sometimes I’ll put it somewhere where I can keep an eye on my dog when I’m not home.

I haven’t done it yet, but I may try to mount a couple of them outdoors under the eaves, instead of being in the windows.

I’m at 18 plus two I manage at my in-laws. Obsessive compulsive much?? I really do enjoy it though. As much the problem solving as the actual use of the cams. Although, did catch three guys breaking into my car and one highly wasted guy trying to get in my front door on video. Very useful!

Once they release the outdoor cameras and doorbell, I’ll probably have over a dozen. Haha. I currently have a Ring doorbell that I don’t particularly like, so I’ll be glad to replace that with Wyze’s offering once it’s available. I’ve also got 5 Blink outdoor cameras. A couple are redundant with some of the Wyze cams I have in the windows now, (Similar angles) but I think I’ll end up getting at least 3-4 outdoor cameras once they’re available, and then sell the Blink cameras. In particular, I have a camera on a telephone pole in the front yard, and one in a tree in the back yard. They provide great angles on the whole property, but it isn’t really feasible to run power to them.

Wyze is the only camera brand I have but I have Gosund plugs - started with them way before Wyze ever even announced theirs.
My guess is I’ll fall deeply into the outdoor cams when they come out.
Just upgraded my wifi to accommodate all this and what a difference! No connectivity issues, no delays, I can access playback quickly. Wonderful.