WyzeCam v2 was put in storage for a few years, booted it up and installed the latest firmware on it. Image quality in night mode was as good as before, but in normal color mode the image is of poor quality. Screenshots attached. 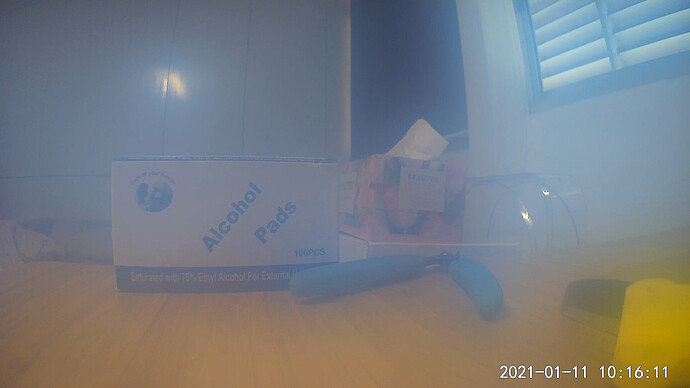 Any suggestions on a fix?

This is the same scene, but in night mode. 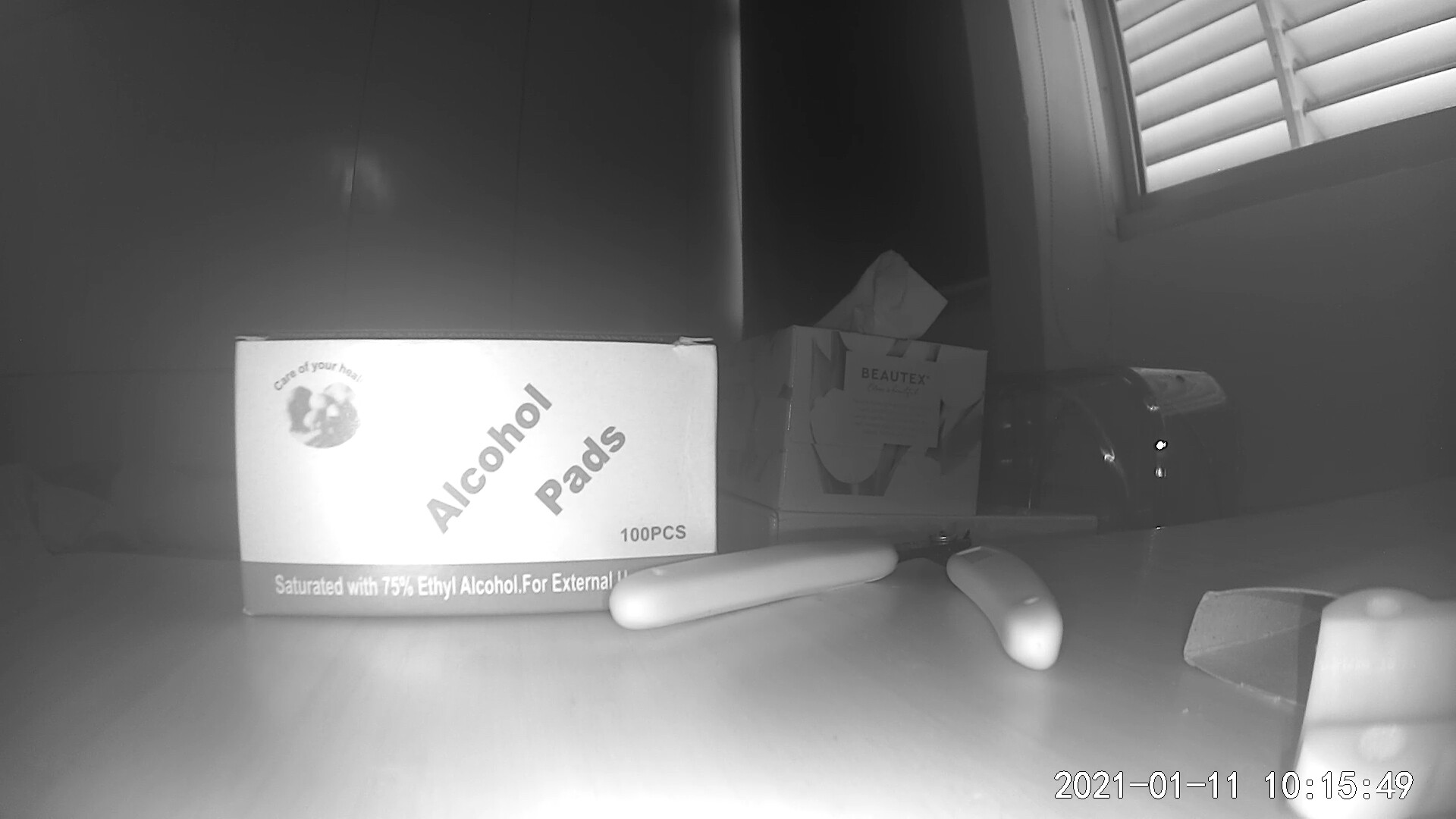 Have you tried cleaning the lens with a quality lens cleaner (not Windex or any other ammonia based glass cleaner) and a good microfiber cloth?

Looks like possible moisture in the lens assembly. Try storing it in a sealed container with some of those “do not eat” silica gel packets for a week.

if You had stored with chemical or materials that degas, it has to be mechanical clean.

since wyze lens are plastic, it could be outter surface oxidation too.

The foggy image on the V2 is usually the cruddy internal glass disc issue. See this thread that has examples as well as before and after pictures of the image. It can be like a night and day difference with the disk cleaned or removed.

Many thanks to the people who have experimented and diagnosed the foggy image problem. That took time, knowledge, and skill! I found this thread because one of the outdoor cameras(woc) I have has foggy areas and appears to have the problems discussed. I am posting and adding a picture to the thread because I didn’t see references to the woc and suspect the problem may also be in newer cameras and want to document that. Mine was ordered 6/30/20 as part of the started pkg with base hub and wa…

This can happen due to moisture, sun exposure and cleaning the lense with certain cleaners such as IPA among other possible reasons…

Hi everyone, thanks for your suggestions and tips.

As it turns out, the root cause was the filter. Maybe the plastic was off-gassing and some material built up on the surface of the filter. Anyway, I wiped off the residue with an alcohol pad and now it’s working again.

Thanks once again for everyone’s help. Have a great day.

You mean the glass disk I posted about? If so, on 2 of my V2 cameras, I left it out completely when I reassembled it (one because I broke it when cleaning it) and they’ve been fine for a year so far. The consensus seems to be that it isn’t even a filter, but just a clear cover for the sensor. Wyze hasn’t addressed it at all since we’ve been posting in that thread for over a year.