Half of my Wyze devices down

This started about two days ago, where random wyze bulbs I had in the house would just stop being accessible. I rebooted them and still no luck. Then yesterday I had some of my Wzye plugs that stopped being accessible via the app or through Google Home and I was having to power cycle them manually. Not all, just about 2 out of 5 plugs and 2 out of 3 bulbs. Now this morning the Wyze lock is offline, most of the plugs are offline and pretty much the only thing which is online are the cameras.

I tried reinstalling one of the bulbs last night and removed it from the app and worked to re-add it. First, it took forever to add and about three tries. Then, after it was done, it said I needed to do a firmware upgrade which would never complete (tried it three times). Finally I just gave up and went to bed, but the light bulb, while connected to the Wyze app, can’t be controlled by the app. I’m going to factory reset it again after work today and try again, but it seems really odd that I’m having so many issues.

As for networking, my speed on the network is very good (I’m getting 460Mbs of the 500 I pay for) and everything else I have connected to the internet is having no issues. My other smart home devices, streaming services, remote access, etc.

I have no idea where to start troubleshooting this, but if I have to do this one device at a time, it’s going to be extremely time consuming if it’s as buggy as this wyze bulb has been.

From what you said it all falls down to your router/wifi,I would power cycle your router/wifi then also make sure your device is current with all updates,including app systtem updates, sign out of app and sign back in and see what you get

Sorry, I should’ve mentioned that I rebooted the network. All of my other non-Wyze smart home devices aren’t having any issues, so it seems odd that it would be a network problem. Before all this happened (last week) everything was up to date firmware-wise. At this point, I can’t get updates to happen since most of the devices that are having an issue are offline in the app even though they are actually active and plugged in. Nothing’s changed with these devices, so it’s got me scratching my head. As I mentioned in my original post, the first one that thought I would try and completely remove, factory reset, and reinstall (lord help me if I have to do that for all of these malfunctioning devices) won’t complete the install and won’t let me install the firmware upgrade the app is recommending, either.

I did try signing out of the app and logging back in and that had no effect.

I did try signing out of the app and logging back in and that had no effect.

Did you try restarting your phone? Clearing cache for the app? Do you have another phone you could try?

The part I don’t understand though, is why would my app affect, say Google Home’s ability to control the device. Also, how would I clear cache on the app? I can try this on my iPad, but I don’t have another phone sitting around. Yes to restarting the phone.

Not sure about Google Home since I don’t use it. Others have found with Alexa you sometimes need to relink the Wyze account to get things working, which may also be true in your circumstances.

how would I clear cache on the app 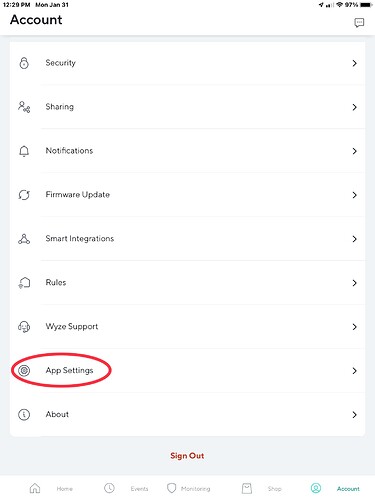 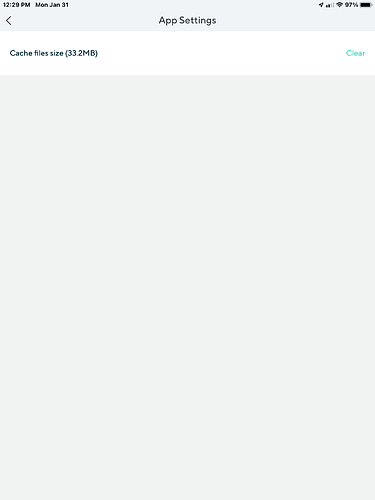 Thanks for the explanation. I tried that and it doesn’t seem like it changed anything for what is showing as offline. It might have helped with me trying to factory reset and reinstall my light bulb though, I’ll have to see.

The solution looks like it was a combination of a couple of things. I had to factory reset all of my wyze bulbs, but switching from my phone to my ipad made the factory reset actually work instead of timing out like was happening with my phone. Once the bulbs were fixed, then I was able to just do a power cycle on the front door lock again, and the ipad picked it up, same for the outlets that were having an issue. After that I was able to update the firmware. The bulbs still had an issue at that point and all required another power cycle, but after that everything looks like it’s working and can be controlled from the app on either the iphone or the ipad and via Google home, Alexa, etc.