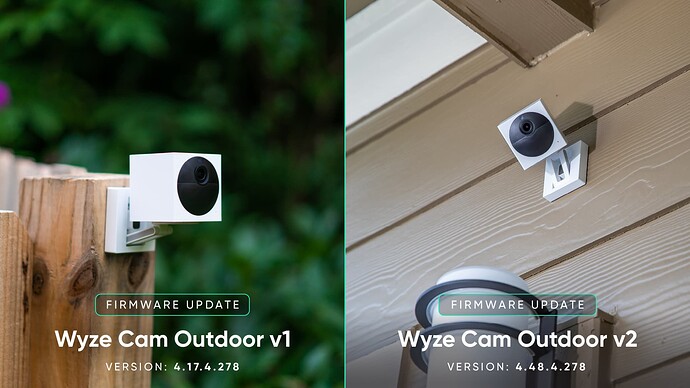 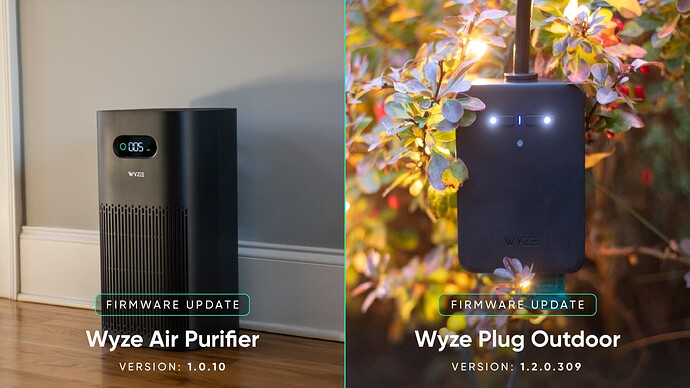 But considering how long the Doorbell problem has been going on since the last botched firmware update, one would expect you fix it in priority.

Holding off with WCO v2 firmware since it doesn’t really address anything relevant to me in terms of the time zone glitch. I prefer my whole hours…

Not poking the tiger since the new version might introduce additional trouble. Will climb aboard the next train that addresses the solar panel charging issue…

Will this address the issue of the night vision looking so bad? It may be on my end though as I’m not very tech savvy.

Ok I’ll trust you and update since you said it’s fine. Of course knowing me, I’ll do something wrong lol

I have the version 1 WCO not the outdoor V2.

I have now installed the firmware update for both of the wyze plug outdoors units at my parents’ place.

Both devices failed the first attempt, but ended up succeeding on the second. The update takes a short forever and you will think that your device is bricked at some point before it magically returns to service.

Went ahead with my WCO v2 firmware update because my lone cam mysteriously went offline a couple of times. No other devices followed suit. Since updating the firmware it’s stayed online. Was it unhappy not to be at the latest or is this just coincidence?