I am ecstatic that Wyze has released their new light switches ! As a new home owner, I have been waiting for wyze to replace my entire home (minus the multi-ways)

Question: most of my rooms are DUAL switches (1 fan, 1 light)
Do you have a solution for a Dual Switch plate whereas

can coexist? Picture included for visual.

Perhaps it is compatible with an existing standard plate like Lutron or ?
EXISTING LINK

it looks like you will be able to use something like this if you wish. I was looking at the pictures to see what the screw holes look like

I’m also hoping for a double switch. I have a double plate in my front for controlling interior and exterior light and would like to put both on the wyze switch.

So do we know for sure that the Wyze switch is the Decora size format? It is not mentioned on the specifications page for the device.

For sure. Absolutely for sure, no - until they tell us or someone can confirm. But I’ve seen several of these from other companies. The snap-on plate and side view on Wyze matches Decora. Tough fit is finding a snap-on plate on one side and regular on the other for that picture above. Might have to swap out both to a Wyze. I’ve seen two gang snap-on plates, but like you said, unknown fit until tested. Hope so.

I just looked at the install vid and saw that there are two holes on each end of the switch face, one for the screw to mount it to the box the other for snapping on the faceplate. And that hole isn’t threaded (or sized) to accept a cover screw. So the issue is, it may be compatible with decora style faceplates, but only the snap-on, no visible screws type. That is, you can’t use decora style screw on faceplates, only the snap on kind. And if memory serves, costs a fair bit more.

I really welcome the Wyze switch, really a good fit
I actually would like a 4 channel (button) like X10 Leviton 4x2 button HXCD4 controller to control my wyze devices.
PeterS

The picture taken from the install video would infer that you can screw a standard switch plate to the switch. 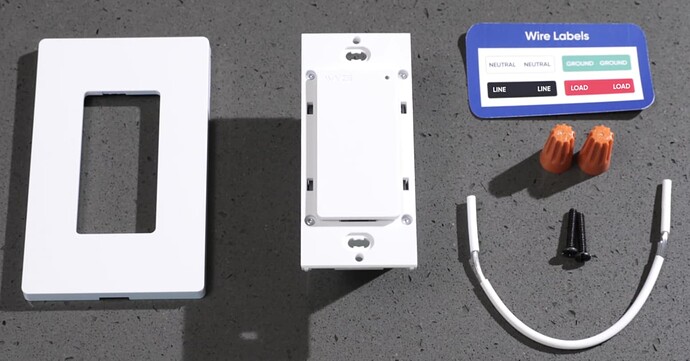 And for the 3 and 4 gangers that might have switches in the middle where you don’t want to put a smart switch Eaton makes modular covers that let you build as needed. There may be some other manufactures that make something similar but I have used these and they work well. 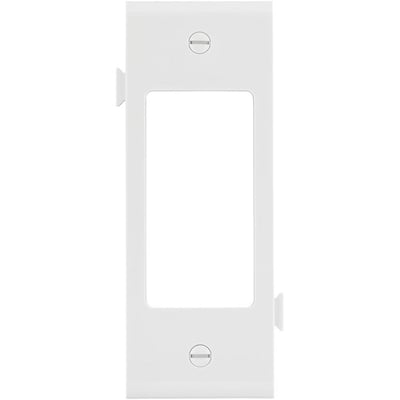 Shop Eaton 1-Gang Midsize Decorator Wall Plate, Whiteundefined at Lowe's.com. Eaton’s broad offering of wall plates are the final touch for any application and are available in standard size, mid-size and oversize. Upgrade your

R. Good, I disagree and that is the point of my previous post. There’s no hole to screw a standard plate too. The hole that would be used for that is the hole that accepts the snap on cover. As such, it is bigger and non-threaded.

Another Edit… Not one to be found in 3 stores… Ah well.

EDIT: Trying to get one in hand… the 2 Home Depot stores near me seem to have an e-comm to actual inventory issue… which does not surprise me.

I will have a Wyze switch in hand shortly and will validate the Wyze setup. My local HD has some in stock no harm in the 14 bucks to get this solved, even with some on the way direct from Wyze

Everything below IS NOT WYZE

A different brand I have all through my home is similar and it comes with a snap on plate, but I have used standard/decora covers on this brand all over including ones similar to the OPs concern/question.
The holes on that brand are also not threaded but will take the standard plate and “self-thread”. 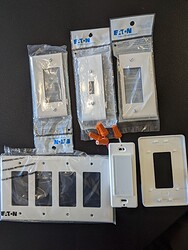 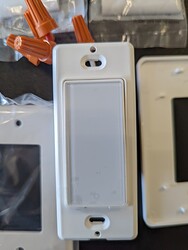 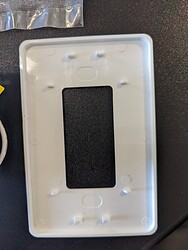 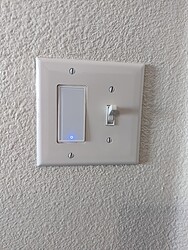 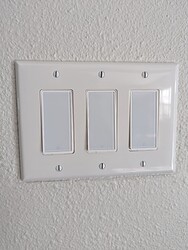 I’ll keep trying to get my hands on one ASAP, but I am optimistic that a standard Decora switch cover (rocker in this case) or any other variation as needed will fit on the Wyze switch. Similar to the smart switches I have used.

I would call it a “Decora” style switch plate instead of “standard switch cover” to avoid any confusion.

I’ve had experience with a few different brands of smart switches that come with snap on covers, and all have been set up to accept a standard Decora plate.

As for the holes not being threaded, keep in mind the screw is going into relatively soft plastic, not metal as with most standard Decora switches.

Here you are team. 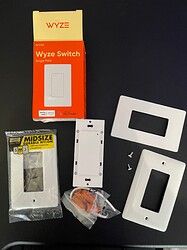 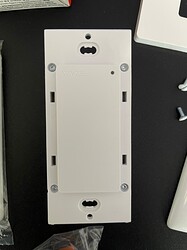 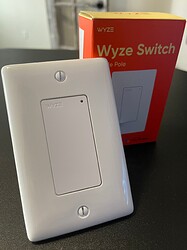 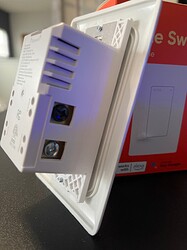 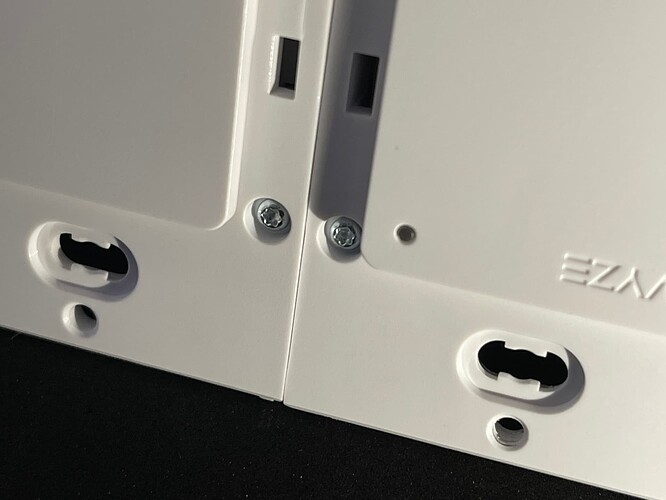 And it’s on a light switch 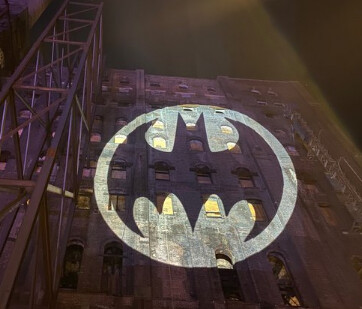 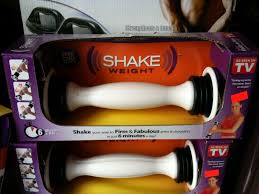 Thanks for posting!!! The only question I have looking at the plate mounted on the switch is, have you tried to mount it yet? It looks like the plate will be sitting out about 1/8th of an inch from the wall because the Wyze switch mounting plate is so thick hence the thick snap on plate. Thanks!