I think I understand why Wyze offers customer service on several platforms.

I opened an account here a year-and-a-half ago and read posts and commentary on wyze reddit but never opened an account there. reddit was more technical, less active overall than this forum, and socially looser, more profane.

In the early days there was significantly more cross-linking from topics on this forum to topics on reddit, I think. I was one that did it. I think both forums benefited by it.

I have never had Facebook or Twitter accounts (despite not-so-subtle pressure from my various gov reps to communicate with them that way. 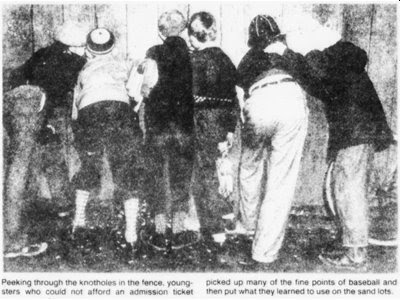 Now a possible downside, specifically mistrust/distrust because of

Because of the nature of the network, anonymity is a double-edged sword, and one should be skeptical, without falling into a pit of cynicism.

But the benefit of anonymity far outstrips the detriment, IMNSHO. I’ve had so many incredible experiences among small groups that formed spontaneously in anonymous forums that I openly evangelize for it.

I KNOW that, in propria persona, those groups would never have formed and yielded the same magic.

If you love testing your assumptions and having unknown biases revealed to you, you must evangelize with me! And if you choose to mix with the anonymous in your own good name, great, that works, too! It should remain not a choice allowed us, but a right we defend.

So, to paraphrase ol’ man Frederik in a completely different context:

While in some very limited settings I have seen truly anonymous groups work, they much more frequently devolve into name calling and flame wars.

I find that I end up not responding to over 90% of the posts on Reddit/Twitter etc. I no longer use Facebook. Forums like this seem to work fairly well even as (Semi) anonymous groups but it takes an active moderator (and usually unpaid) staff to reign in the worst offenders.

Basically by being semi anonymous people are prone to doing and saying things they most likely would not do or say if their spouse/family/coworkers/priest would hear about them.

It’s always a balancing act. Some folks won’t say something for fear of some repercussion if they are known, and others get downright scary when you remove or lessen that fear.

Semi-anonymous - yes, thanks for the distinction, bub, it’s a big one and I meant anonymity in that sense.

Wyze knows who I am and we co-own “my” content here, if I’m reading the terms of use correctly. (I’m not sure that I even have the right to say “expunge every trace of me from this board.” They could keep it or delete it at their discretion, I think.)

Total anonymity, masked by Tor or whatever, is something I have no experience with and is quite a different beast, I’m sure. A much “sharper” double-edge to that.

“My reluctance to say it was profound. It was somehow too true.”

That’s the level of communication that may develop over time in a small semi-anonymous group that formed by chance. When the members have highly disparate class, economic, educational and experiential backgrounds and are honorable men in common, that can result in some good fun, some “serious play,” revelations definitely worth fighting for.

Back on the topic of multiple platforms where sometimes the content seems purposefully discrete (by Wyze’s design), consider these examples:

That one is just a reddit topic parallel to the Wyze forum topic from which I linked it, and, other than reinforcing the experiences being expressed by members here, it contains some specific info about a major firmware rebuild that doesn’t appear here.

KITCHEN TALKS WITH WYZE All Things Design In this episode, we chat about all things design with Austin Byrd & Greg Robison, who are on our Product Design team. Hear about how they are thinking about the Wyze user experience and the challenges they face in integrating multiple products and services into a cohesive experience!

This one is so specific to the topic, it IS funny. Yet no staff (one of whom appears in the podcast AND the forum topic) no moderator or maven, no member, linked it. It’s possible no one (with the exception of Austin who appeared in it) even knew of it - I don’t know.

I visit both systems (here and Reddit) but I post more here. Reddit is not as nice to work with, mixed media messages are problematic and the “rules” for posting vary rather arbitrarily from subreddit to subreddit.

Also there is a lot less consistency on Reddit as to what is allowed content. I have seen entire threads with a great deal of valuable content disappear from Reddit. Lazy moderation and very arbitrary and inconsistent rules. There are often no explanations to be had. Just the end result.

That said I have found a great deal of useful info and stimulating conversation on Reddit. Just don’t expect consistency while there.

Thanks for the overview, man. Quite useful, indeed.

Here’s another thing Wyze may be rethinking (if that’s what “researching” means):

MOD EDIT: Hardware testing is now done through Centercode! MOD EDIT: Not making promises but we are trying a pilot for a beta platform. If this doesn’t work, we’ll go back to the drawing board. But we’re feeling optimistic.

ORIGINAL POST: Presently the outdoor camera and perhaps future products require facebook. This is a non-starter for many.

This is a different beast, as “beta testers” are not the average Wyze User-Schmoe (me) - they crazy.

And Wyze rewards their craziness with a little badge on their avatar.

I subscribe to the belief anyone with any role in the tech industry is by definition “less than sane” and therefor a little odd. Myself included of course. I get to double dip because I was also in the service, specifically SAC which also has the requirement that you not be fully sane.

Now in my definition anyone that willingly participates in anything Mark Zuckerberg has anything to do with is clinically insane and should be locked up to protect the rest of society.

All joking aside it’s pretty obvious that Zuck is a functional psychopath, a lot of highly successful people are. I truly want absolutely nothing to do with him or any of his companies.

What others choose to do is their lookout. But I won’t join them.

I do understand the attraction, both as a platform for a company like Wyze, and for individuals. Heck I used it for years myself. I finally had enough when I realized that FB would periodically “opt me in” to things I had explicitly and repeatedly opted out of. This is a company with no respect for their users or the law in general.

Lol, I’m guessing you have or had a t-shirt that says “Looking for Trouble”?

All joking aside it’s pretty obvious that Zuck is a functional psychopath, a lot of highly successful people are. I truly want absolutely nothing to do with him or any of his companies.

I’m trying to agree more but I don’t seem to be able to.

Moderator Note: This sequence of posts is off topic from the original topic and has been moved here.

I subscribe to the belief anyone with any role in the tech industry is by definition “less than sane” and therefor a little odd. Myself included of course. I get to double dip because I was also in the service, specifically SAC which also has the requirement that you not be fully sane. 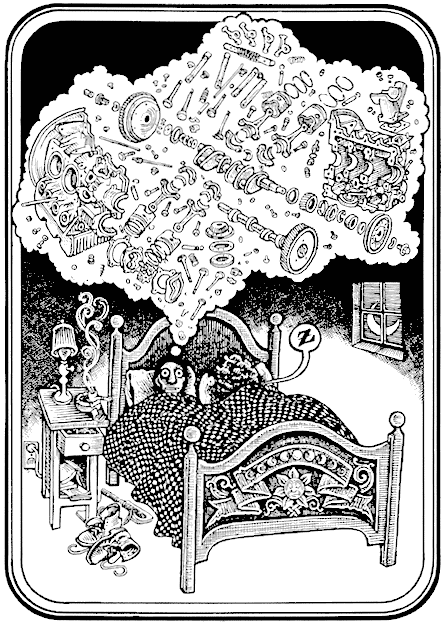 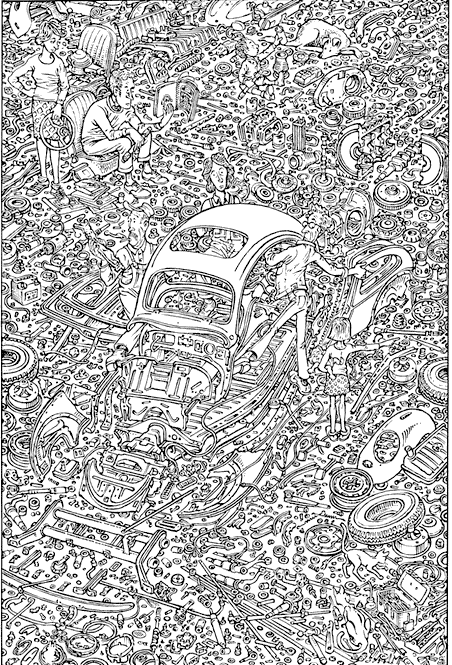 (Go buy something from this family. Or not. But you should do it. If you want. Ah, heck, go checkit out…)

T-shirts and posters designed by Peter Aschwanden, illustrator of How to Keep Your Volkswagen Alive: a Manual for the Compleat Idiot. Original designs from the Idiot Book, Billy the Kid and more.