There is a bug / glitch that when you are connected via Bluetooth to a Subaru, the phone (either ISO or Android) will call itself. I’ve figured out it has to do with the sound in the app being enabled on to Wyze cameras.
Can someone please look into this as I cannot be the only Wyze / Subaru owner.

Here is an old thread which may be related to this:

Complaints about the Wyze app capturing bluetooth devices and attempting to make a phone call have been well documented in this forum since the Spring of 2018. A Wyze tech support person also admitted they have the same problem. It’s also the #1 complaint for the app in Google Play. Yet Wyze has not addressed the problem and has not responded to my tech support request. My Pan Cam is 2 days old, has the latest firmware and still has this well known bluetooth bug. Feel free to chime in and let’s …

This is a newer thread, but has a good explanation right off the bat on what they have experienced. Is this similar you your issue?

First post! New user here (obviously); I got a great deal on 4x V2 cameras on Craigslist and have been playing around with them to see what the capabilities are and how to get the best performance out of them. I have one very strange problem that maybe someone can help with. Here’s the sequence of events I am seeing: In car with phone connected to car via Bluetooth Open the Wyze app Launch a camera live view Here’s where it gets weird: the car acts as if I am making a phone call. The musi…

I think it’s because Wyze is using the phone/call sound instead of the music sound. I don’t know why they routed the sound to phone/calls rather than music but they did.

For example: when I’m in the Wyze app, and playing a video, I have to turn down the ringer/call volume rather than the music volume to quiet the sound. 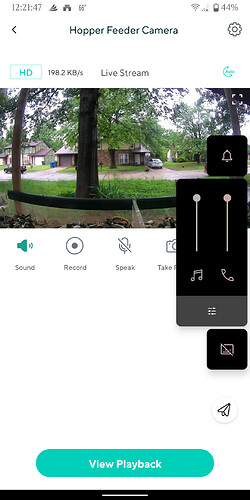