I found that Bluestacks was simulating an Android phone and Google was misidentifying it as a Samsung Galaxy S8+ phone.

I noticed this multiple times and again yesterday, I believe I fixed it.

I deleted the offending, unrecognized device and found I could no longer log into Google on Bluestacks. I deleted both Bluestacks applications I had on my PCs. I haven’t seen the unrecognized phone since.

For me, Google identified the phone as a Samsung Galaxy S8+. I never had a S8+ but owned a S8 for one day and returned it. I changed the google password twice and the S8+ showed up again and again. I did loads of research, nothing from Google. I did find one guy mention Bluestacks as a possible cause.

I haven’t seen any unrecognized device since, but I will need to keep an eye on it. I run Google security check quite often as well as change my password to be unique and strong. I also use 2FA. It was a good puzzle.

Now I really have no PC interface for the Wyze eco-system.

This lack of Windows Interface and lack of dark mode has left me disappointed.

An emulator has to emulate a device. That’s it’s job.

Duh. I was just hoping it would tell me it was an emulator instead of being so good at emulation.

What is your goal?
My main goal was to be able to instantly view my front door from my TV.
Screencasting/mirroring etc. never worked very well because it would always drop out after a few minutes, too long to reconnect to be effective.
" [Brlepage]" one of the forum members suggested using an MHL adapter to connect to an unused HDMI input on your TV’
I looked into this and think it’s a good way to go. Remove the cellphone battery plug-in charger and permanently attach it to an HDMI input.
Unfortunately, my phone doesn’t have the MHL feature. You can download a “Checker for MHL” from the Play Store to see if your phone has this feature.
Another alternative I am using now on my bedroom TV is:
Take an old Chromebook (that has an HDMI output) Download Tinycam, connect an HDMI cable to your TV, and mirror your Chromebook. My Chromebook uses little power and has no fan. I leave it on 24/7.
If you have a wireless mouse you can control all of Tinycam’s features from your sofa. Tinycam has the advantage of being able to view several camera brands in the same app.

A FireStick with tinyCam might be easier than the Chromebook. The FireStick would also give you Smart TV capabilities if you don’t have that already.

Probably, but I I already had Chromebook I wasn’t using.

So, I overlooked the obvious. I have Roku, so I checked to see what was different about Fire Stick. Turns out not much. I went to my Roku settings and found it supported smartphone screen mirroring, Long story short, I am casting from a battery less, no sim card phone to my Roku Express. I will see how long it will do this without interruption. One drawback is, if I use the Roku for anything else, I have to go back to the phone settings and start mirroring again. 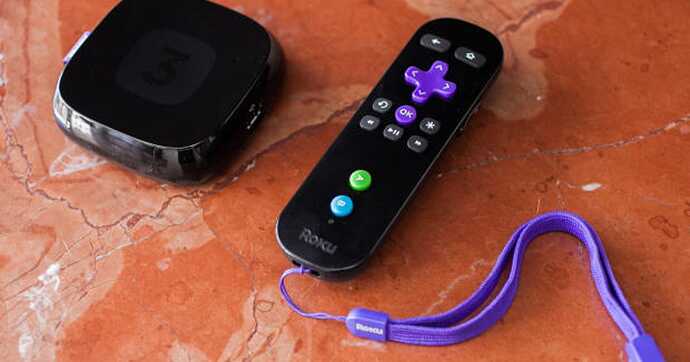 Mirror your smartphone or tablet to the TV with a Roku

The Roku 3, Roku Streaming Stick, and now the 2015 Roku 2 let Android and Windows 8.1 users mirror their devices to their TVs. Here's what you need to know to set it up.

I have 5 Roku boxes or TVs in the house. It’s been my experience that casting won’t run very long without crapping out.

I bought the FireStick around Christmas for 1/2 price I believe just to experiment with.
I run tinyCam Pro on a fairly cheap Android TV box.
I also have an nVidia Shield, a Raspberry Pi 3, 3 Android tablets and 5 Windows computers. Plenty to experiment with.

I’m still experimenting long term. I’m sorry, but once again I am suspicious of the Wyze app. Casting it by any means to any of my TVs lasts less than an hour. I am currently casting Tinycam to a TV via Roku. So far it’s been running several hours without dropping out. One problem with casting is it adds one more wireless link and adds a little more lag. I would hardwire everything, but it’s just not feasible for me.

That’s why I mentioned FireStick. It is hardwired.
I assume your Chromebook has HDMI too?

I wish WYZE would just come out of the fog and enable their app for Chromebook and Android TV. It’s annoying to have to invent these workarounds.

Sorry, I don’t understand, My Roku is plugged (“hardwired”) into an HDMI input on my TV. I must connect my phone to Roku via my “wifi wireless network”. How is Fire Stick different?
BTW: Tinycam has been happily casting a Wyze Cam to my TV via Roku for over 10 hours. This is by far the longest connection time I’ve had.

How is Fire Stick different?

Sorry (As from Reddit: Please explain to me like I’m five.)
Is the app on Fire Stick? If not, how do you load it? I watched a couple of Fire Stick reviews but did see this feature mentioned.
Thanks

FireStick is runs a modified version of Android. It is an Amazon product and has it’s own app store. TinyCam Pro is one of the apps in the store.
WYZE does not have an app for FireStick or any Android TV box.

Thanks, I was aware they had apps but just assumed they were all like Netflix etc.

It’s sad that Wyze can’t at least have an app for all Android platforms.
They need to consult the Tinycam developer to help them out in several areas. Too proud or don’t want to pay the price?

I agree with you as I’m trying to recycle old tablets with custom rom topping out at android 4/6. Wyze’s minimum is android 7 api

I suspect several things as I had to do the same as a PM for android apps. Resource for testing and development. Usually what you’ll get is shaking compatibility when you try supporting everything under the sun. Especially android where no two phones even from same manuf are the same. tinycam can get away with it because they’re only serving few 100K+ downloads for their pro vs Wyze needs to support millions on hundreds of different phones with their reputation on the line. Tinycam’s reputation doesn’t really exist per se as they lose and win customers hourly. Wyze can’t have that level of churn. So I suspect once again resource constraint and exec decision of cutoff support. IMHO

I don’t mind what they’re providing, just wish they would QA their app better as mine crashes all the time. While complaining

would like to see more stable connectivity. I view mine as a nanny/crib cams and have them streaming 14hr in gallery mode. So tired of losing connections and have to manually reconnect. I’m running unifi ap ac lr and the cams are one to two wall bounces away no through walls with total distance of 20’ perhaps and one only 6’ away and I still cannot maintain stable connection

My Wyze app doesn’t crash per se, but it occasionally reboots while I am watching it. Not sure where the problem lies.

I agree with you as I’m trying to recycle old tablets with custom rom topping out at android 4/6. Wyze’s minimum is android 7 api

It still works on my S4 running 5.0.1, but it is crippled. If I do too much activity, the app reboots. Interesting that 7.x is the minimum. I guess my S6 will be the next to be crippled. S10 works good.

Hey @ssummerlin yea I’ve tried sideloading the apk but no go. Crashes ungracefully. Kinda sad but at the sametime, probably will save me in frustration from inconsistent and unstable streams where I’ll have to manually touch to reload it. Also app still very unstable.

Using the RTSP version seems like the best option but then missing out on all of the app functions.

I shouldn’t complain too much. Its does sell only for $20 and an American operated company which I cherish as long as the fw is written in the States and secured while put into manuf in China.

Impossible to know who’s at fault when it comes to crashes. Android OS is really unstable. Horrible in almost every way and programmatically speaking, it runs almost exactly the same memory handling as Windows 95 if you can believe it. So although I’m quick to “blame” Wyze, there is a good chance it isn’t their app to blame.

The only way to circumvent most issues is to deal with the stream at the metal which is to use the RTSP version so the receiving app is nothing more than an IP stream capturer. Although this MiniCam app that’s being floated around seems kinda scary in that you give up your Wyze account completely to a stranger who not only has full and complete access to all of your cameras but your other Wyze products as well including Lock? Hi @desertshores Curious, I think i read you are using this MiniCam. Do you give with it a shared creds or do you have to give it your admin creds?

And in speaking of camera access, one feature that would be nice is to have a page that shows who is actually currently viewing your cameras including Wyze themselves.