Is there any chance that someone has ported the V2’s audio to an external device?

Do you mean by physically attaching a external speaker to the wiring inside the V2?

Yes, Loki, that was my initial thought and then I came up with your Dia of putting a miniature audio jack in the case so that if you wanted to plug-in some microphone some headphones I mean you could do so and that would cut out the internal speaker I think there’s enough room for it but I’d have to take one of my cameras a part to look for sure but does your pretty small jacks

Let me know your thoughts and I will do some online research as to what sizes of those jacks are available. That’s probably asking a lot but the sound quality from the speakers is marginal at best

I have no idea if the speaker output wired to a jack would provide the right power and impedance for whatever you might plug into it.

Well, that being said, how about the possibility of a Bluetooth connection to a remote speaker? What do you think of that possibility?

As an added note, I dictate my replies using Apple’s dictation and unfortunately it often times either interjects words or misinterprets what I’ve said… I really can write much clearer than what my last message to you indicates

My guess (totally just a guess): not very likely since it would involve a whole other radio being added to the camera.

Yes I had forgotten about Bluetooth needing its own radio

I don’t know then how you could connect to an outside audio source I haven’t got that one figured out yet but I do know one thing, I’m not particularly overjoyed with the audio quality of course I shouldn’t be for $20 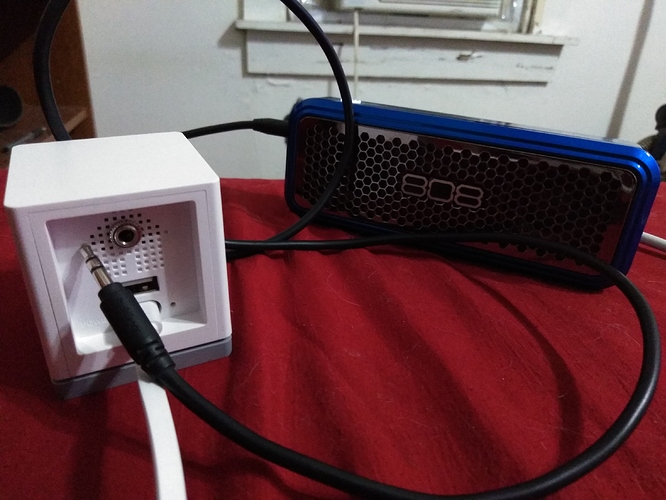 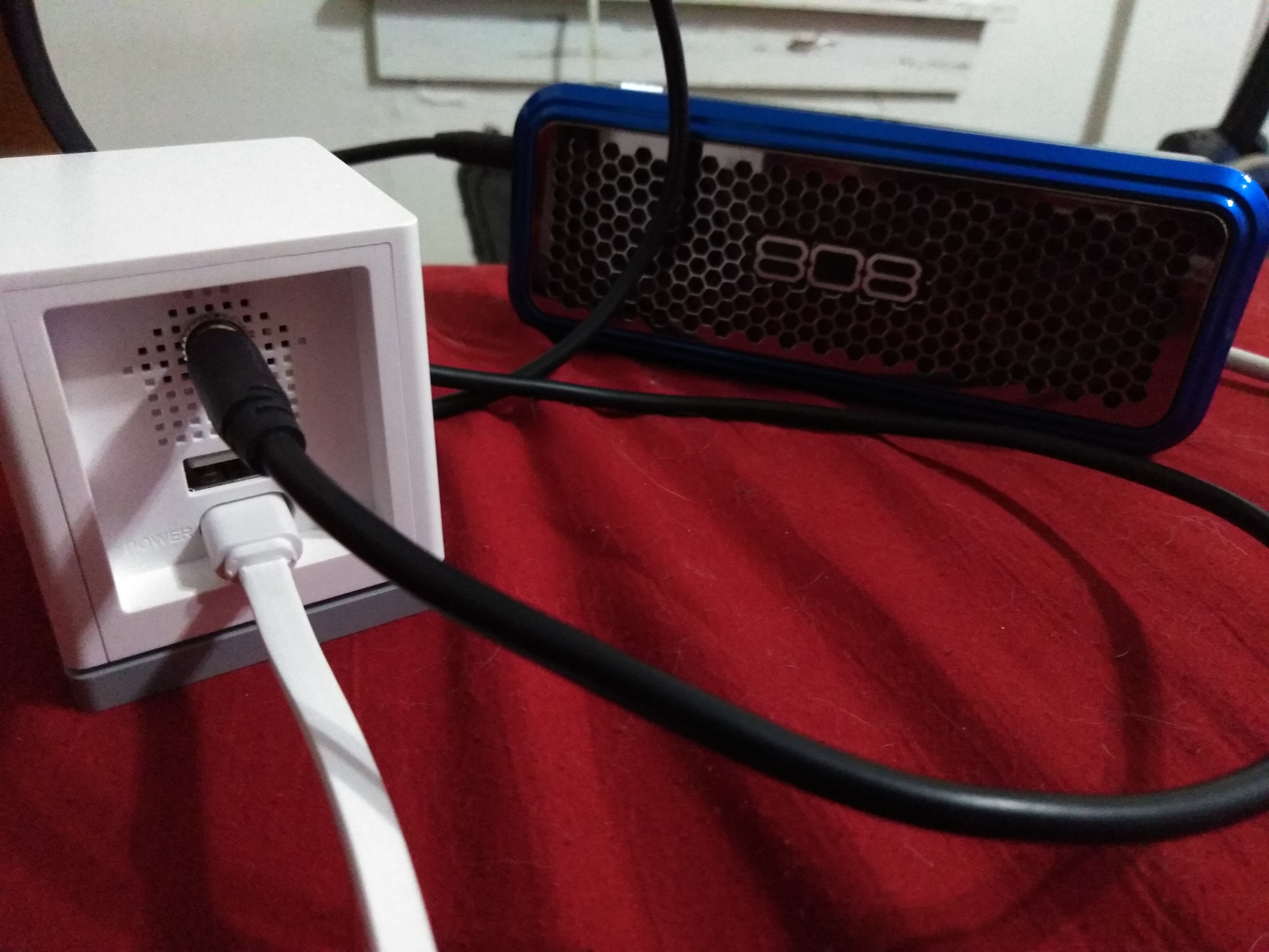 D.anel, Hi suggested this exact hat sometime back on the I was in hopes that wise would consider putting a jack in all of their future versions of camera so that we can enable an X ternal sound source. Would you mind showing us or me the steps you took or at least what it looks like on the inside?

I found a YouTube video of someone who took apart a wyze cam v2. Found the jack I needed from RadioShack. Yes, a RadioShack.

I removed the internal backplating for the speaker as well as the speaker while leaving the wires. Drilled a hole in the grill and soldered the existing wires to the jack contacts. Put it all back together and it works.

The internal speaker backplate would not fit back in. But it’s not needed for the audio jack mod.

Here is a picture of the jack I used along with packaging for upc reference.

Appreciate the quick reply, I will do this mod on at least one of my cameras because the audio is too weak for me.

Use speakers with a volume control such as USB powered laptop speakers.

I found the audio to me scratchy as well as when using the intercom I kept getting little snips of previous intercom broadcasts.

Both speaker wires are black and there is no indication of what is positive or negative on the board. But I found wiring the jack either way got the same audio quality.