We just released app updates 2.3.69 for Android and 2.3.69 for iOS! These add grouping support and new Shortcut triggers and actions for Wyze Sense, sound for simultaneous streaming, and a couple of bug fixes. 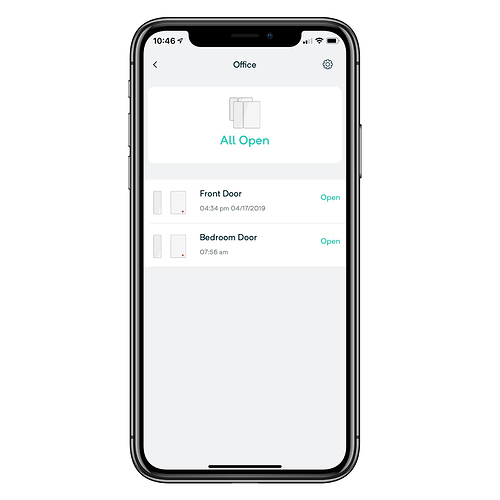 Find out more in our release notes:

Thank you very much for the sound for simultaneous streaming!

Now if I could just select sound from multiple cams…

Can you lay out a way users can back up their present version and restore to that if it messes something up?
Or is that now in the public app?
(And welcome back)

I confirm With the new app 2.3.69 Installed the screen time-out issue Is in fact fixed

Android. Was laggy and weird on update (15 sec to load, events erratic, etc.)

BTW, clearing app data in the android settings or reinstalling app resets this setting to OFF:

Some folks experience issues related to zooming while viewing when they’ve had it ON and it gets toggled OFF.

POLL: How Intuitive is the Wyze App? Cameras

So, whosoever designed the Wyze app, this is for you (and me, and us.) The community. How intuitive is the Wyze app? How would you rate its design? poll Maybe mention how you voted, and why, in the comments. Maybe mention some software that has cleared that …

“Added new triggers and actions for Wyze Sense in Shortcuts”

I don’t see any new triggers/actions in the Shortcut section.

I updated to the recent version of the app for iOS, but the only option I have for my open/close sensor and motion sensor are to turn on or off notifications.

Is it still not possible to schedule turning the sensors on and off?

It’s not fully obvious in the app, but if you look here:

“Edit Shortcuts” (after pressing three dots at top-right) → “Create Shortcut”, and there you will find sections under “Actions” and “Automate” → “Automation” where Sensor shortcut schedules can be created.

I click “Edit Shortcuts” and I get a message, “You haven’t created any shortcut yet.”

the only option I have for my open/close sensor and motion sensor are to turn on or off notifications.

Since I am new to the App, it sounds like “Turning on notifications” and “Turning off notifications” are the “Added new triggers and actions for Wyze Sense in Shortcuts” that are mentioned in the Release Notes.

Did you also toggle “Automate” on, and then look at the “Automation” options?

Yes. I guess I jumped the gun thinking Wyze added a “new trigger” to the motion sensors to disable and enable them.

I voted for the option to Toggle or schedule the sensors to turn off or on based on a schedule in the Road Map forum. (ie: at 8:00pm, turn off the motion and door sensors; and then at 7:00am, turn on the motion and door sensors.) This is helpful since my sensors trigger my Hue lights to go on and off based on the sensor activity. I don’t need this feature at night, so scheduling them is the best workaround when it becomes available. For now, I place a teacup over the sensor at night.

My playback is very laggy on iOS since the update.

That is not a Wyze solution for every entry level buyer.
Wyze should be to provide the capability just as they have for the firmware in Beta.

I can talk to the team about it. I know that it’s been discussed before but I forget the reasons why we didn’t go that route (it’s been a while).