That is exactly what Gwendolyn told me nearly 3 years ago.

I appreciate you sharing and posting that she’s still talking about it.

My biggest concern is the amount of debt that they have incurred has likely increased 100 fold with every new product they’ve released in every new module that they’ve created in to interface with the base app.

The hard-coding that they cannot change stems from the base app.

I would suspect that every module has those same unmodifiable software issues likely baked in.

If they could write the code to be flexible in the modules they could have and should have gone back to the app and upgraded to a more contemporary coding, which allows for the switchable variables we want and need - for instance font size, color, and background color.

Features we find find in most other apps.

So Wyze IS indeed still actively talking about dark mode,…

My mom’s been talking about quitting smoking for the last 30 years. Something about how it all went wrong way back at the start so it’s now hard to accomplish what everyone wants. Bet she quits before dark mode hits.

I’ve just accepted that the Wyze app is a good walking night light for when you need to use the bathroom without stepping on animals and can’t use the flash as it’s too bright. My real concern is the monthly fee they’ll start charging me for my “mobile app embedded night light” GPS and pet recognition will be on night light pro, but night light lite will let you use the light for more than 12 seconds ($2.99 a mo)

This request was made in November 2018. I was four-years younger with high hopes.

I will love to have a dark theme mode in the Wyze app. It will be nice not be blinded by it when I wake up in the middle of the night to look at an alert. Nowadays most app allow dark theme mode.

It is kind of a low hanging fruit that will make a lot of users happy.

Wyze is “dark deaf”. The request has been lingering for about 3 years…

Latest comment from Wyze on this subject made by the VP of Product during an AMA today (I asked him the question for everyone who has been wanting an update). My exact question was:

What are your plans for an app design overhaul? (We’re told it’s needed in order to implement things like dark mode and landscape orientation capabilities)

His response is as follows:

I would say they let it become “massive”.

instead of implementing change early on they just kept adding module after module after module every time they developed a product… So now they have to hire additional people at great expense to try and fix what they could have fixed earlier at much lower expense.

I wonder if dark mode, created by a ton of people, will be a pay by the month feature.

Thanks for asking @carverofchoice.

Another open ended answer that means nothing.

Barring any pivots necessary to respond to social competitive and economic challenges. 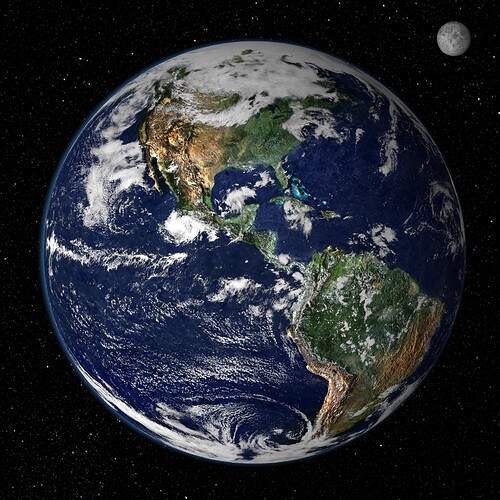 What I don’t understand is how is changing color codes a “massive project”? I do understand it is little more complicated than that but still, what makes it to be so massive? Or is it rather the issue of priority? I would understand that.

I have a feeling most (if not all) of their graphical artifacts are on a white background and they would not look good on any other background colors.

Could be. All light background with light, hard to read text. Seems they could toggle the light bit somewhere in the code.

Yes, PLEASE make a dark mode/theme!! Have needed this for years.

I wonder how many people are working in research department?

I don’t think there is a research department. The research would be up to the team that would be over the wishlist item. It could be delegated to the PM (Product Manager) or any other number of people on their team, and quite possibly have some input and decision-making by people above them based on limit resources and priorities. Some things that were originally planned earlier got delayed and pushed back due to limited resources. Wyze is in the middle of hiring more software engineers…and they discussed it in an AMA a few months ago: 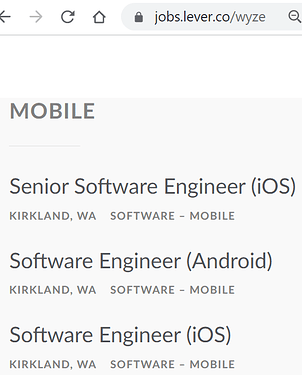 I can’t help but think that all the additional modules that have been added over the past several years have only complicated and made more difficult the app redesign.

If in fact that is the case I cannot see the logic and having produced all these modules which is software designer intensive, and not designating the team members to tackle these several wish list items, which put you on parity with the competition and satisfy us nagging customers who would be purchasing more if we felt the app made us more productive or gave us some more enjoyable experience with all your products.

Am I missing something?

I don’t think there is a research department.

I wonder how many people