Considering I have nearly 200 devices using my Internet constantly now, and I now have 1Gbps up and down…I needed a fairly high end reliable mesh router to handle the extreme load and be able to broadcast a 1Gbps bandwidth. I’m sure most people will be fine with less expensive solutions though, especially since few people need speeds up to 1Gbps like I did.

I guess the point is that when I finally got a router that fit my needs all my devices worked great. I’m sure there are tons that would work just as well, but I can only vouch for the one I actually tried.

Why don’t you sell me that old dusty one at 1/2 price and get yourself the new new version? You pay shipping.

Don’t fight it, @spamoni4 , scratch that itch for the new new and help a brother out…

In my never ending quest to make this a class thing…

On a mission to make smart home technology accessible to everyone.

which morphed into this:

Make great technology accessible to everyone.

So technically true, I suppose.

Like approaching that hot [preemptive ‘mod’ edit] gal at the bar, ‘anyone’ can do it - though how effectively is another story altogether…

I now have 1Gbps up and down…

My speeds are much lower…15mb down/4mb up. No router is going to fix that.

* wheedled from ISP at a ‘working class’ rate; I wheedle fairly effectively…

My previous ISP was Comcast essentials (I think it used to be the same speeds as yours and then later went to 25Mbps, and then recently updated to 50Mbps in some areas. But it was still cable and thus daisy chaining with the whole neighborhood, not to mention the Xfinity ISP dropping constantly, and it was insanely frustrating! I only kept Xfinity because they had a monopoly, and there weren’t other realistic choices at the time.

As you said, even a good router can’t fix all those issues! But either way my connectivity issues at the time weren’t really Wyze’s fault… It was a mix of my ISP, dns, bandwidth, and router. Once I fixed all those, it was fine.

I like my Wyzecams a lot but wireless is really for the birds. Instead of getting a $400 router I’m more likely to put in wired cameras. 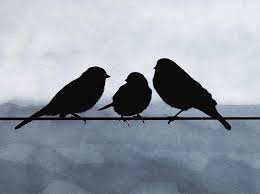 May I ask if you would be much disturbed if PM Trudeau advised POTUS that surveillance cams should be deprived you and yours indefinitely - disturbed by the permanent lack of sureveillance cams, I mean, not by the perfectly reasonable actions of our heads of state.

I believe I would adjust rather easily.

May I ask if you would be much disturbed if PM Trudeau advised POTUS that surveillance cams should be deprived you and yours indefinitely - disturbed by the permanent lack of sureveillance cams, I mean, not by the perfectly reasonable actions of our heads of state.

Back to inscrutability I see.

(I’d answer if I understood.)

How long have you had surveillance cams and would you ever willingly go back to no cams at all?

I’m kind of there too. I have two Amcrest wifi/wired IP cams and just bought a POE one for my shop. I’ve also been moving to SmartThings and Zwave switches to try to get some things off the wifi. I have a lot of devices, many wired, many wireless. Wifi just doesn’t seem to be the answer for everything.

How long have you had surveillance cams and would you ever willingly go back to no cams at all?

Oh. Only 2-3 years since I got Wyze. I could VERY easily live without them, but that is not the same as saying it’s okay for governments to ban them. Did Trudeau actually indicate that intent?

Nah. He’s got his hands full dictating the correct course for a grateful nation.

I feel the same way. I have 5 wyze cameras, 2 v2 and 3 outdoor. Countless updates and the subscription issues, useless tech support.

One of these days I am going to ditch all of these cameras.

I too feel your pain. Soon, I will trash them all, get other non De Novo company. Wyze has to many growing pains. Live n learn.

Well, they are inexpensive, so I guess you get what you pay for.

Hi, yes I totally agree with you. As I stated, “live n learn”

Wow, interesting. What’s the brand, model you have instead of Wyze.

I like Foscam, but they are a tad more expensive than Wyze cams. If you want any of my old wansview or wanscams, let me know. They are pure junk , but to be fair, they have been around for many years.