Since the wait for the outdoor cam has gone on this long, it should not be released until person detection is ready.

I would love to get the Wyze Band. Hope it has vibrating alarms and the ability to set several alarms (medication reminders, different wake up times). Most fitness/activity bands have a maximum of 3 alarms, which is too little for me.

I know on my Fitbit I currently have 4 alarms set every day and I can do more, so I agree there is a need for multiple alarms

myself just sideload the wyze app onto my amazon fire7 tablet. also sideload the ring app (although get error about needing google play services which you can ignore). previously was able to install google play etc on my fire7 but, after wiping clean my fire7, cannot anymore. should be easy but kept fai!ing and got tired of trying, and so instead sideload/update really only a few apps from apkmirror. but yeah agree really need the wyze app etc in the amazon appstore – particularly if wyze products are sold on amazon.

How about a wall switch,is there any talk about one.

Here’s the #wishlist topic for that:

Is there any plans for a smart light switch ?

Are we going to see some kind of HomeKit support for these products? RTSP is lackluster when adding through HomeBridge. Adding support for HomeKit will help bring affordability to the HK platform.

I know you answered a lot of questions. Thank you. Can you say if Wyze has or hasn’t developed a way for us to view more than 4 cams per page? With outdoor it’s pretty important. Thanks, the updates were excellent btw. Transparency is something a lot of companies and others could learn from you.

The two are completely separate. Selling on Amazon doesn’t tie them any closer to Fire devices. Now if it was sold under the Amazon name I see your point. But currently it’s like any product sold on Amazon. I’m sure if they get enough call for it they’ll look into. But they already have a backlog of projects. 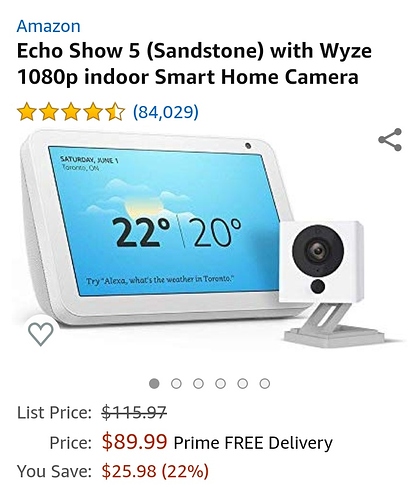 not fire tv or fire tablets. but seems like there may be at least an alexa skill to show wyze video on echo show? haha will have to budget an echo show. or get this bundle which is actually bundled together by amazon (and not by a third party marketplace seller).

That’s amazons choice to bundle a product with one of their own. They do it all the time. Once they buy it from wyze they could give away by itself if they want. Until wyze comes out and says they have a official partnership with Amazon they are just like the million other 3rd party products on amazon.

Amazon seems to be pushing Wyze I’ll give you that. So maybe something is cooking in the background and not ready to be announced. Amazon is so big it wouldn’t surprise me. And if Amazon is hearing from Wyze users that they’d like a app maybe they are trying to force Wyze into developing a fire tablet app. With Amazon you never know their intentions. They are polar opposite of Wyze when it comes to transparency. They are super shady. But I admit I shop there because of price and shipping. Living in the sticks it’s very handy. But I only use Alexa on my phone and own zero Fire devices.

is outdoor cam have the same image quality like V2? The video above doesn’t look that good

I’m sure it’ll be as good if not better. And I personally think that video is very good. Watch it a few times. Look at the splash of the water when the diver enters the water. Look at the left side when the waves hit the shore. The detail is very good from such a distance. And I think the colors are good too. But obviously they are still working on it and I’m sure improving the image quality as much as they can. Although I’d buy that image quality in a outdoor cam today myself.

And if Amazon is hearing from Wyze users that they’d like a app maybe they are trying to force Wyze into developing a fire tablet app.

current app works as is on fire tablet. just sideload. but would be easier if can get the wyze app in the amazon appstore. but those decisions are above my mere wishes. as myself already mentioned, it would be really really really nice if the wyze app were in the amazon appstore. until then, will just sideload. anyways have to do that for other apps.

oh myself buy from amazon all the time for two homes in suburbia land. split time between the two homes because have to take care of elderly parents including 24/7/365 time as caregiver for elderly dad – and have the wyze cams and ring doorbell to keep watch at my regular home because my time is usually at parents home. although minutes apart in terms of driving, really cannot be in two places at the same time. anyways my goto online store is amazon (but offline are walmart and home depot and cvs). amazon prime user for the shipping and prime video. amazon lockers are great for delivery to avoid the porch pirates. two fire tablets. three echo dots. one fire tv cube – the one you talk to – have to see about whether whatever wyze skill (if there really is one?) for the echo show if it would also work on fire tv cube. the ring doorbell skill works via my fire tv cube and looks great on hdtv.

Sorry to hear about your parents that’s got to be a very tough and demanding and heart wrenching thing to deal with you’re definitely in my prayers and I hope you do take some time for yourself because you need it.

I shop Amazon prime because I live out in the sticks and if I want to get anything I’m usually relying on the local hardware store to special order anything smart home related and waiting at least a week but typically two so Amazon prime has been a godsend for cables and ends, you name it. I use Amazon a ton. My other go to is Home Depot because I use Milwaukee tools so sounds like we kinda like the same stores. I use my local hardware store as much as possible because I want them to stay in business so if it’s something that I don’t need immediately i use them but if something breaks and I need it quickly I go through Amazon because I know I can have it in two days.

I can definitely see how a native app for Amazon would be handy for people that use their products and I’m sure as more and more people request it Wyze will look into it. They just have such a limited staff and limited time that it’s probably on the back burner. As long as you’ve found a workaround for now that’s at least one positive.

It would be great if the Wyze Band can unlock/lock the Wyze lock. That would be cool.

Also, I was hoping to hear news about new “sense” items like water detection, temperature and humidity. 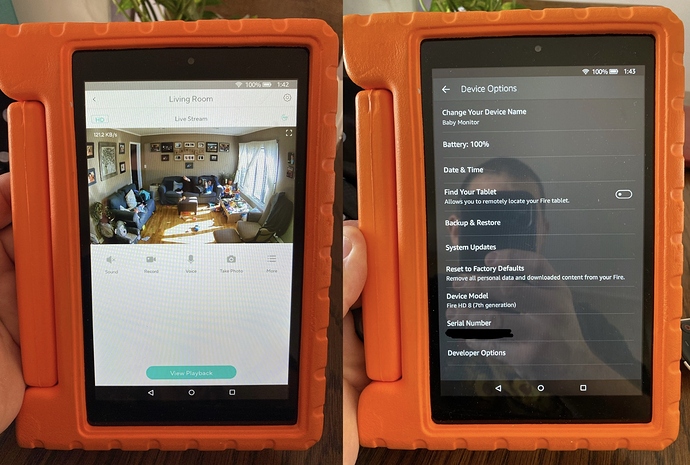 Question 3 and 4 were responded to by the product manager a long time ago.
He said the SD card would be in the hub and the indoor cameras will not connect.
My question is what is the maximum size SD card that can be accommodated?