We do know they have overlap, since Hualai definitely is the biggest supplier for Wyze. Wyze works with them to tell them what they want designed, and once that is all worked out, Hualai mass manufactures the products for Wyze.

I would not be shocked or angry or betrayed to learn that Wyze has a contract with Hualai to be able to sell Wyze products in China, with or without the Wyze name on them. Regardless, if you have ever studied patent and trademark law, it becomes very messy internationally. Companies routinely steal patents and trademarks and sell things in China or resell back to the US this way. China doesn’t respect USA patents or Trademarks and in fact will routinely rip them off, as do some other countries.

Apparently there are over 900 results searching for trademarks of “Wyze” in China.

My guess is that Wyze’s agreement or contract with Hualai is to allow them to resell the products in the China market and both companies prosper out of it. That same website also talks about other companies they do the same thing with, including Xiaomi and Shunwei products. Basically, they are just taking credit for the products they create/manufacture.

If Hualai was Wyze, then we would’ve had better AI detection long ago. Hualai has had developed cloud AI object recognition for THOUSANDS of objects since way back in April 2018, including for People, pets, cars, etc. and they’ve had facial recognition since June 2018. They’ve had crying detection since 2015…Wyze is just BARELY starting to develop these things themselves. If Hualai owned Wyze we’d already have had all that stuff YEARS ago. We’d have had Crying detection since before Wyze even launched…and we’re just barely starting to get testing on it just this mid-summer.
I mean, just go look at how advanced their AI detection has been for a long time now, compared to Wyze’s AI just starting:
https://www.hualaikeji.com/en/technical 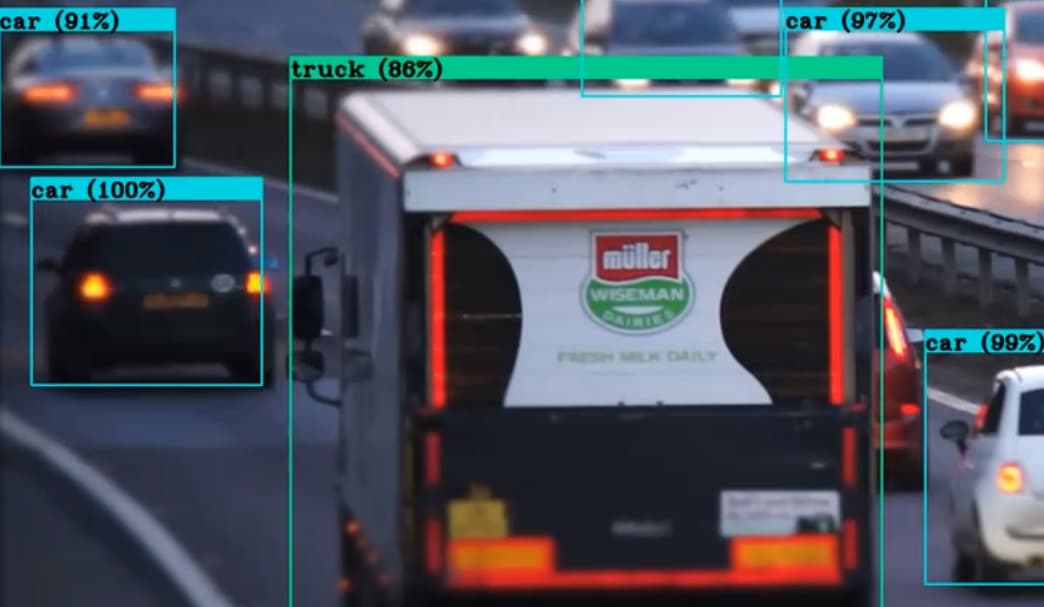 Hualai has had many more YEARS of development on their AI recognition. It’s incredible. Look at all those objects it recognizes AND LABELS with confidence intervals on the fly (handbag, bench, backpack, boat, aeroplane, person, dog–not just pet/animal, truck vs car differentiation, faces with names and highlighted and labeled)! You know exactly what it is identifying as what. Wyze’s AI is still just a baby…I like the baby, but if Wyze was Hualai, we’d have some pretty advanced AI already. Wyze’s AI is great, but I look forward to it reaching this level of sophistication. Honestly, I hope Wyze does work with Hualai to get help with their AI to develop it faster to become this advanced. I would not be complaining.

I am totally open to evidence on any side…but so far it’s overwhelmingly seeming to me that Wyze has a very close business relationship with Hualai, but they are most definitely not the same company, nor have the same owners or employees, etc. I once worked for a company that made jacks for trailers and campers, etc. We worked with a manufacturer to provide us with certain parts customized the way we needed them, then we would manufacture and customize them ourselves the way our other customers needed, and they would then sell them consumers. We had close relationships with our suppliers and our different clients, and sometimes the client would ask us for custom jacks made just for them in special ways…then after we put that through the factory line for them, sometimes we’d sell the exact same thing to others ourselves even though they’re the ones who told us how they wanted it designed, we’re the ones who designed it, but nothing stopped us from using that same design to sell ourselves or to others. I suspect that’s basically what’s going on here with Hualai. Additionally, since Wyze is a big name now, if Wyze didn’t pay for the trademark in every country including China, nothing is stopping someone else from doing it…or 900+ someone elses for that matter, and eventually making Wyze pay them to buy the trademark back to do their own business in that country. People do that domain piracy all the time too. Honestly, it makes sense for Hualai to reserve it so someone else in China can’t try to pretend they’re the ones making a bunch of Wyze hardware. At least this way, they’re protecting themselves. If Wyze didn’t trademark “Wyze” in China, why shouldn’t they do it when they feel they’ve got a huge investment and relationship there?

Still, a little bit of research and logic shows a lot of flaws in believing Hualai completely owns Wyze. Too many other things don’t add up. But I am definitely open to considering any points.

Hualai has had developed cloud AI object recognition for THOUSANDS of objects since way back in April 2018, including for People, pets, cars, etc. and they’ve had facial recognition since June 2018. They’ve had crying detection since 2015…

I know, right?!?! I mean, I half wish that Hualai owned Wyze, we’d have some AWESOME AI with thousands of objects already easily identified with our cam plus subscription.

I am actually very glad that Wyze has a close relationship with them and Wyze has said that they sometimes leverage some dev support from them. I hope they help direct Wyze how to advance their AI in similar ways so that we can get all those cool AI features in the future with thousands of objects recognized and identified by the AI, and hopefully able to be used as rule triggers. At this point I half wish someone COULD convince me that Wyze was really Hualai…but sadly that is pretty solidly not the case. I am certainly glad they have a close relationship with them though. It is actually a fairly advanced company.

This is not the place for political issues , please refrain from these types of postings

This whole thread is political. It didn’t turn political because someone mentioned “he who shall not be named”,

Fear of China has replaced the '60s fear of Russia.

Fear of China has replaced the '60s fear of Russia.

No political statement was intended strictly used for a comparison

Hmmm. I swear that one of the Wyze forum rules was to not get political. To make an “blanket” “name calling” statement like this … well, it’s not something I want to log onto Wyze to read. I also don’t like to read “Wyze is a Chinese company” sort of rhetoric or anything political or inflammitory.

Please everyone, tone it down. We’re here to read and talk about all things Wyze not politics.

@WyzeGwendolyn, @HDRock and moderators … I would delete this entire thread! 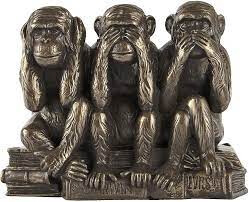 I agree … none of this thread belongs on this forum. It’s gotta go.

The mods were kind enough to split it off from the other thread as off topic. I am always impressed that Wyze allows such critical discussion, even if it might have started in bad faith (?), It’s not likely to go anywhere good, true, and I might change the topic title, but I don’t think it needs “disappearing”, just locking if it gets out of hand…

Hmmm. I swear that one of the Wyze forum rules was to not get political.

You’re correct @todwatts… the Keep It Tidy list from the Community Guidelines mentions that in the second bullet point. 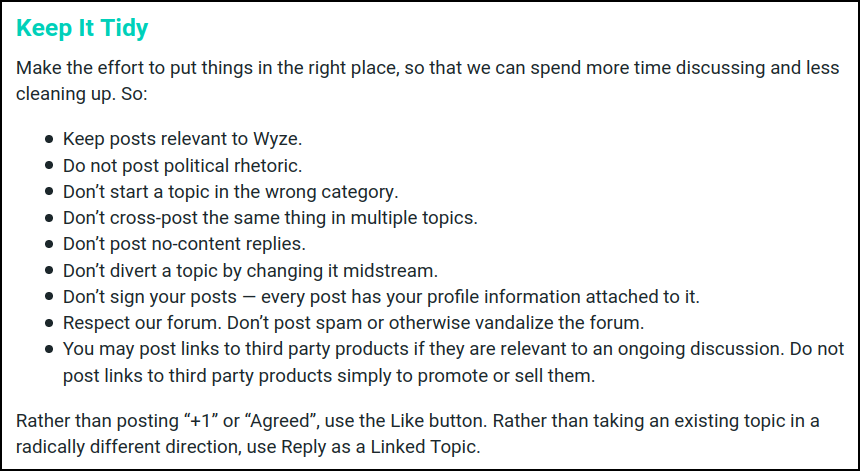 …well, it’s not something I want to log onto Wyze to read.

There are quite a few posts/threads that should be removed from the forum, but Wyze is quite open to criticism or opposing views which is utterly amazing to me. Other company forums would instantly remove any posts/threads that spew any unfavorable comments (and, suspend members without hesitation if they continue to post negativity towards their products and/or company).

All you can do, is… read, sigh, drink more of your favorite morning beverage and move forward to other threads/posts. Of course, don’t forget you can take the time to flag a post if you want the Mods to review it

Thanks for the laugh. Also, I didn’t realize that coffee was a good way to clean my monitor screen (although, not recommended by the manufacturer).

Bringing up Presidents (past and present) (and their sons) as well as making discouraging remarks and references to who voted for whom HAS NO PLACE in any discussion about Wyze cameras.

It should be viewed as strictly political … and strictly inflammatory. And I agree, is not likely to go anywhere good, @Customer.

For Wyze forum moderators to allow such comments to stand (on either political side) shows a bias that only serves to divide.

Come on! Can’t you see that this is purely political and that half the country feels otherwise?

Personally, I don’t care which side of the political equation you or anyone else is on!

As Rodney King said “Can’t we just get along?” … and talk about Wyze stuff! (Ok, he didn’t say that last part, but I am.)

It’s not that difficult!

[Mod Note: the political references in the original post quoted were removed]

I didn’t realize that coffee was a good way to clean my monitor screen ( although, not recommended by the manufacturer )

Personally, I use Diet Pepsi to clean my screen occasionally.

I’m done with this particular thread

I referred only to the followers I was making a comparison of two different groups of people.

Please keep politics out of the forum. I was a supporter of the previous president and you just insulted me, a 30 year veteran in the tech industry as a software engineer. I’m not dumb, nor do I believe everything I hear. I take the time to look at the rumor AND the facts.

There are dumb, easily led people on both sides, so don’t start a damn political argument in a tech forum.

I think the topic title should definitely be changed.
The title of the topic is a false statement about Wyze and it also implies prejudice and racism against one of America’s trading partners.
It reminds me, at my age, of the insanity against Japan and against Asian Americans during the early days of the ascendency of American popularity of automobiles manufactured in and imported from Japan.
Prejudice against so-called “foreigners” and “people who don’t look like us” has been stoked and inflamed by many groups over the past four years, some in high places and many have become susceptible to its arguments and false implications.
I admire Wyze very much but they should not allow the forum to be used in this way.