I got the same message the first 25 or so times I tried to link them. I just kept trying, and eventually it worked.

Same here in US with Lenovo 8". I did see that some tried 25 times and the 26th was the Charm!

I gave up for a quite a few minutes and when I started trying again it took about 8 or 9 times to get it going.

Thanks so much!!! It took me 3-4 attempts…but it worked!! Thanks j.rolyat

Not even close to perfect yet… but certainly a great step in the right direction!

Just for the heck of it I deleted my connection and the software. It did take several attempts to reestablish the connection but eventually it did work. I had the same issue with the video and cams reloading-my bet is definitely on the server load. Maybe there are a lot more “googlers” out there than were expected.

They are and we already had two outages this morning. We had a theorical capacity but the servers seem to be giving up before we reached that point. The engineering team has been woken up and are looking into the issue.

Looks like Frederik’s update already got posted over here. Sorry for the trouble! There should be an expected 12-15 seconds of a delay before the live stream pops up but the other problems reported here are outside expectation. We’re working on the server issues and we’ll get that sorted out as soon as possible.

I’ve been hearing reports that Canadians can use the Google Assistant integration! And we are planning to start Canadian shipping in the next few months.

I know there are folks in r/Googlehome Reddit whose names I haven’t seen here.

I hear that the action was made available worldwide! However, please note that it’s not officially supported so some international people may have more success than others.

Finally!! Thank you very much!
I confirm that you can use this feature in Italy…

I have 1 GH and 1 GH mini and I can connect my account to Wyze Home to Google Home App and I can stream correctly my three V2 cams using voice command “Hei Google mostra telecamera cinema su TV soggiorno” where “telecamera cinema” is the nickname of the Wyze V2 cam installed on my Cinema room and “TV soggiorno” is the nickname of the Chromecast connected to my living room’s TV
Very good Job… I will purchase more cams now!

Oooh!!! Thank you for the language lesson! And for the confirmation that you can use the integration in Italy.

I get a spinning wheel and a white screen. Then a frozen pic for 2 seconds. Not working in Ontario Canada. 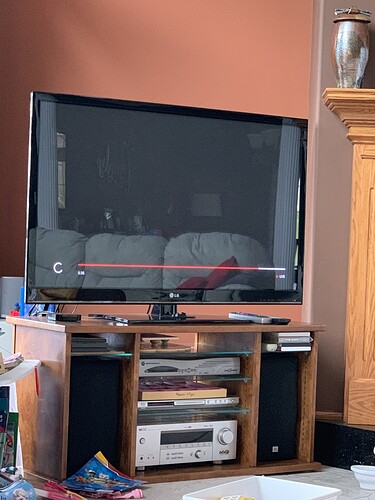 Hmm… At least it’s trying. Could you please give it another try later to see if this is more of a server issue?

Sure can. It was doing this yesterday. If that matters or helps. It will show and image every couple attempts. For about 1 second. In the end it shows a black screen with white lettering saying Smart Home Camera.

Thanks! May not be the server issue, then. Did you try it before yesterday?

I am not a tech guy. But is my feed for my cameras routing from cam to your servers then back to my tv? My upload speed is very slow. If this is the case it might not be fast enough