ability to send data and not just audio and video.

I understand you won’t be using this right away, but what could be done with this in theory?

Because even if you can send other data, Google devices are still pretty limited in what they allow, right? Like, they don’t allow things to act as triggers or triggered routines. I am trying to figure out what Google would possibly allow you to do with data other than audio/video. Would it be possible to make devices connect locally through Google devices even when internet goes out?

So in theory, imagination is the limit BUT there are some applications that we know will be possible but do not have any plan from Google or Alexa just yet. For example, for the pan, it could be possible to send the pan and tilt command directly from the mobile app to the camera using the connection, so the response time would be near immediate but if Alexa or Google decide to standardize the pan and tilt commands, then they could control the movement of the camera.
Another example is: Alexa Real Time Text. This allows to send text during a voice conversation. This is, I believe, possible because of the use of WebRTC.
But it’s important to note that we have not done the conversion to WebRTC just for Alexa and Google Home, this is also for us to innovate so who knows how we will use it in the future…

This news is awesome to hear!! Finally no 15s delay and real time, and also being able to communicate through google home will be a great feature! This definitely will be used for the doorbell now we just need more IFTTT/rules so I could make my doorbell appear on my google home when someone pushes button.

The issue with the doorbell is the rotated video. We have people starting to file tickets with Alexa already about the video not being in the proper orientation so we will have to remove the support of video for Alexa.

So we will not do video for google in the meantime.

The engineering team is looking at the possibility to do rotation of the video in the doorbell but there is not a lot of power in the doorbell to do such an operation so for the moment, we can’t promise that it will happen and when this could be done.

So that’s why all the notifications I get for the doorbell are rotated 90 degrees I assume?

Sad how complaints can ruin things for everyone else. I thought we were originally told that VDB would not work on Alexa or Google at all. I was really excited to see that it worked on Alexa, albeit landscape mode…
Having sideways video is much better than NO video.
Can’t you just post a disclaimer or text overlay explaining it can’t be shown vertically? I guess it is just easier to remove support entirely to stop all the complaints/tickets, but then won’t Wyze just get a bunch of tickets from people saying it’s not working even though all their other cams do? So either way Wyze is going to get people filing tickets and complaints about it…Why not just respond to the tickets saying it has to be sideways, but they can choose not to use it instead?

There are other benefit to the technology that we will not be using right away. This is including the ability to have a two video/audio session and the ability to send d

This is good news because as it currently works an intruded could break in before the video shows me someone is there. Plus the delay would make it impossible to know that actual tactical situation making the camera worthless for security purposes.

Hi! How have the alpha tests been going?

Can anyone from Canada confirm if you can cast the v2 or doorbell to a chromecast?

Following the instructions I’m able to successfully link Wyze to Google home, but my google home does not recognize the commands for showing the cameras on the chromecast. Instead it brings up options from a Google /YouTube search.

I’ve already tried relinking my wyze account in the Google home app. The home app can see the devices fine but there’s no way to trigger the camera cast manually.

“show the driveway camera on chromecast” 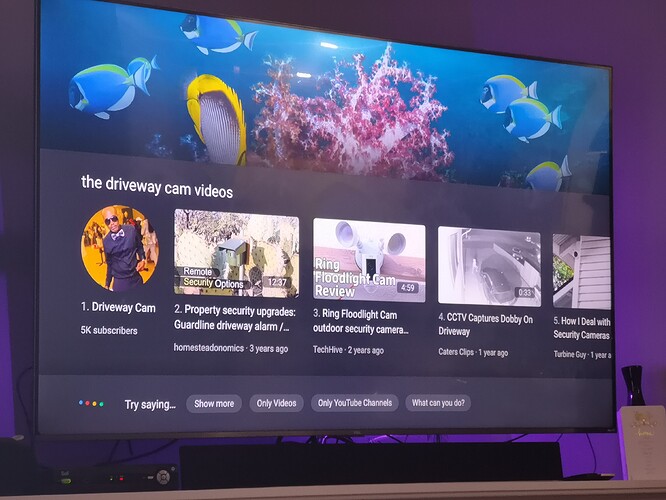 The 90 degree issue with the doorbell notification on the phone does not exist if you remove it from CamPlus fully. Myself and another Wyze member did a test as demonstrated by LifeHackster (on YouTube).

I am sure this is something that can be corrected as I would assume (yes assume) that the AI processing is potentially where the image is being rotated. Again, my assumption.

The Alexa issue is something different, I believe.

Is that just for notification thumbnail rotation, or has anyone tried this with an Echo show too?

WITH Cam Plus it definitely shows up rotated on Echo Shows. Has anyone tried it without Cam Plus? Is it still rotated sideways?

I have not tried it on my show, I only tried on the phone with the thumbnails. I will try the show tomorrow and see.

However, I would expect it won’t make a difference as one is the notification side and the other is a Live Stream. But would be interesting if it did work.

irm if you can cast the v2 or doorbell to a chromecast?

Following the instructions I’m able to successfully link Wyze to Google home, but my google home does not recognize the commands for showing the cameras on the chromecast. Instead it brings up options from a Google /YouTube search.

I’ve already tried relinking my wyze account in the Google home app. The home app can see the devices fine but there’s no way to trigger the camera cast manually.

“show the driveway camera on chromecast”

Not sure what is happening and why it is launching YouTube. This is not something we are controlling since this is in the NLP from Google. As an alternate, I think you can also say “Cast on ”. The last option is I would suggest to try to give the camera a different name in google home app.

It’s on going but we don’t have feedback yet. I know we found an issue that needed to be corrected so one less bugs so far and we are continuing to test.

I think you can also say "Cast on "

Aha! This one worked, thanks so much for the suggestion… This is awesome!

“Cast the driveway camera on chromecast”.

Couldn’t get doorbell to cast though, is that one not supported yet?

The cam plus only push notifications with sideways thumbnails on Android phones issue is supposed to be fixed in a future update. It’s a bug.