A week ago, Support had me load an older Firmware version on my WCO to address a battery drainage issue. I sent an email asking if I can update to the latest Firmware, which this release includes. No one has responded. Any advice? Allow the update, then flash back again if needed?

Cameras did appear to load faster.

Was able to set detection zones with no adverse response.

Still not seeing vehicle or package detection options on my CAM plus licensed devices, one of which is a WCO.

after the update I’m noticing the layout is doubling in the picture. changing resolution does nothing, restarted and tried most else I could think of. thinking this might be a code issue with stretching the picture for the app. I noticed once that the outer edges where the picture is overlapped did turn white, not sure what I did to cause that but I’m unable to replicate it again.

the outer frame isn’t active as the time in the bottom left isn’t moving or counting and the motion tagging stays within the inner picture only, 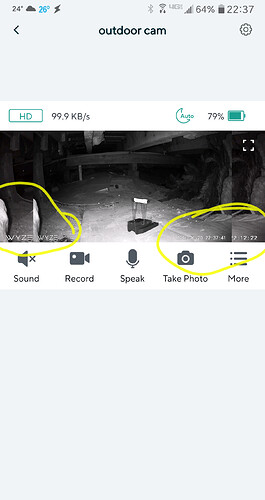 @WyzeAndy not sure if it is relevant to this update, but both my WCO cameras lost about 70% of their batteries overnight after the update, I made no configuration changes to the cameras post update.

Both lost 2% in just the time it took me to write this up. Seems to be a power drain somewhere. Turning off and charging, will see if the same power drain exists after recharge and power cycle.

I would call support. They will provide or direct you to an older version of the Firmware. I did this a week ago, and am ignoring that a new version is available.

upgraded and both of my active Wyze Cam Outdoors are offline. Tried reverting and was successful with base station but not Cams.

Did the upgrade reduce the signal strength of the WCOs or Base Station? Moved them into the house to reboot and they connected. Looks like I am now able to revert the Cams firmware as well now.

Ok. So WCO’s firmware downgrade through IOS app indicates success but the firmware version does not change to 4.171.1.012 but stays at 4.171.1.019. Rebooted cameras and app and they still indicate the 019 firmware. The Bridge did show the downgraded version when I reverted.

@WyzeAndy not sure if it is relevant to this update, but both my WCO cameras lost about 70% of their batteries overnight after the update, I made no configuration changes to the cameras post update. one 83% to 13% the other 90% to 20% Log: 107782 Both lost 2% in just the time it took me to write this up. Seems to be a power drain somewhere. Turning off and charging, will see if the same power drain exists after recharge and power cycle.

I have not rolled back the app or firmware, still on the latest beta versions all the way around.

I charged my WCOs with the power off and put them back in place around 730am, now just a little after 8pm and the WCOs have only consumed 1% of their battery in 12 hrs, not seeing the power leakage from last night thus far but I will continue to monitor

On this firmware rev: Lost connectivity with all of four of my WCO cameras on base station after a power cycle of the base station. Remote location so won’t know if simple power cycle of WCO’s get back online. I won’t know for a few weeks if that is a fix though. I need to probably just keep remote site on release versions. Good thing I have other cameras there.

I have base station on a remote reboot switch so that piece isn’t a fix.

Firmware updated fine and cameras reconnected fine when installed a couple days ago.

What is odd is that show offline in the base station list and root device list but properties of devices show it as connected. It does get to 3/3 where video is supposed to reconnect but it times out.

EDIT: Self healed I guess… all fine now after 2 hours

24 hours+ since redeployment and devices are still at 99%. So I guess alls well from my incident.

A few days ago I previously mentioned that along with the doubling up of the image that the sides went white but I couldn’t replicate it. I figured out the replication for that. Going full screen using the box inside the picture not just turning the phone does take the feed full screen but upon clicking the minimize box it goes back to the regular smaller view but has the white on the outside of the image 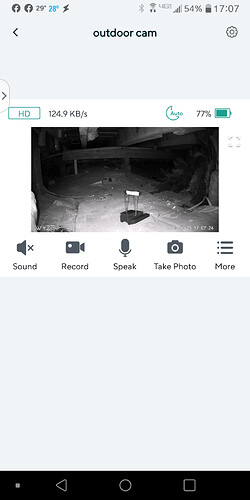 Ever since I upgraded WCOs they don’t pick up anything on motion detection. I turned off zones but didn’t appear to change anything. I’ll check back in if anything changes.

ordered a 2nd cam plus months ago. where is it??? Bob

@bobbagley55 Welcome to the forums! Look under your account in the Wyze app.

Under Services you should see Cam Plus. Tap on it, the available paid license should appear under Cam Plus. 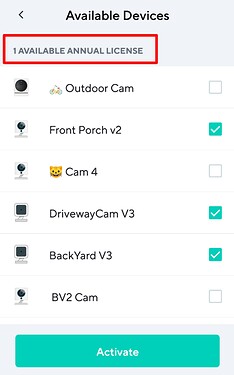 WCO will not update to the new Firmware I tried multiple times. Restarted my phone. Cycled the cam power off and on.