First I will start by saying, fastest pre-order ever!

I will infer that there is not much different between these and the Limited Edition Wyze Buds other than the color… and one other small detail that some will love. There is, or at least in my case, an I BACKED sticker!!! 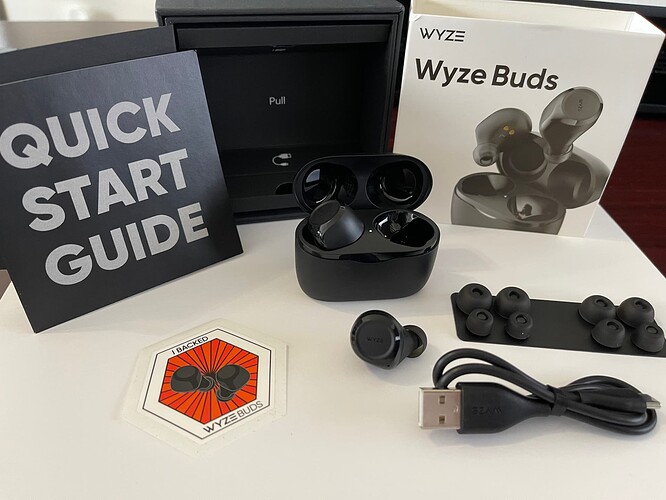 Regardless, I will be diving into these guys and will share my thoughts here should I notice any difference. Please join me.

So yea, I just ordered these Tuesday 8/31. Way to step up that shipping game WYZE. Can’t wait to dive into these too. First impressions to come. [image]

The WYZE Buds Pro arrived today and wanted to start a first impression thread. [image] I will be diving into these much deeper and comparing to Echo Buds Gen 2 and Samsung Galaxy Buds Plus but wanted to give a quick first impression. Sorry this may be all over the place but first impression, right? So far my only complaint, the rubber tips (the largest ones) are not big enough for my ears, they don’t seal great. This could be because of the oval "speaker design vs round. On the Left Echo B…

So this is new to me… I originally set my limited edition buds up on an iPhone and had switched between iOS and Android and had not seen this with the WBLE (new acronym for yall) but the Wyze Buds “Black” were auto found on my Samsung Note 10+ and auto associated to my Gmail, very similar to how I have seen the ipods connect to iPhones. I had to do nothing manual via Bluetooth. 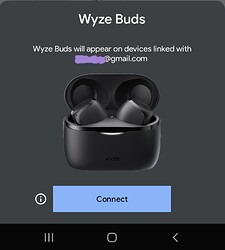 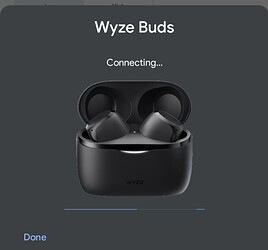 And new to me… locational with Android? 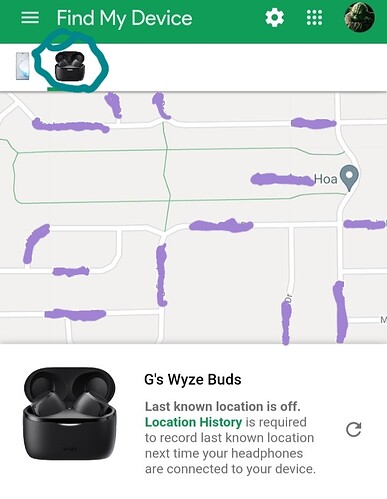 UPDATE NOT NEW: I tested with the WBLEs and they functioned the same way. New to me not in functionality… its cool though.

Have you tried the “Amplify Ambient Aidio” mode? It does NOT work on the Earbuds that I just received yesterday.

Also when using it with my Android Galaxy A21 on a phone call the volume level is just ok and the mic level back to the person I called (Wyze Supprt), complained it was very low.

No amplification for me.

Hi @gebrinckmann, are you referring to the secondary sound mode “Ambient Sound” defined in the app “Amplifies the surrounding environment”?

Not working as in when you turn it on you cannot hear the sounds around you when listening to music or on an active phone call?

I have not really used it yet, i personally like to drown out the sound around me and live in my own bubble when listening to music or on the phone. But happy to give it a test if the above is what you are experiencing.

Yes - I am referring to the secondary sound mode “Ambient Sound” defined in the app “Amplifies the surrounding environment”. I get nothing!!!

My second issue when using the earbuds in a phone call, the audio received by the other person in the call is week, the Wyze support person actually pointed out that it was difficult to hear me.

My third issue also related to using the earbuds with a Galaxy A2, is the received volume on the earbuds is “just ok”, not as loud as it should be.

My fourth issue is that it appears the right earbud can NOT be used solo in a phone call, only the left earbud has microphone functionality. I have not re-tested this issue, it’s not worth my time unless issue number two and three are resolved.

My exclusive reason for purchasing the Wyzw Earbuds was to hear the TV better. A YouTube testimony raved how good this feature was. The pair that I purchased does NOT work at all for Ambient Sound… Nothing, not even the faintest sounds.

Thank you for the detail, and yes. I agree with your observation based on some testing. In fact I find the ambient sound to be the opposite of what is expected using the Wyze Buds black. When I turn the ambient sound on the sound is more muted than when ambient is off. Tested on Android

I also have the Wyze Buds Limited edition (on an iPhone) and the ambient sound mode amplifies the sound around me but its pretty minimal.

I did also tested both against against the Wyze Buds Pro and the transparency mode is much more evident (same as ambient sound on the wyze buds LE or black versions) tested on an iPhone as well.

Lastly I tested a competing device to the Wyze Buds Pro and the passthrough feature it has and the capability is much more noticeable and has a volume control that is very evident when changing -/+.

The device i am referring to would not be a comparable device to the Wyze Buds.

Good call out, possible we will see some updates in the future for the Wyze devices and I will watch the beta and wishlist channels for movement.

Thank you for your input to the thread!

Are you a Wyze employee?

I am not, just a consumer like you. There is a beta thread and wishlist threads that you can add requests to or report bugs.

One of the things I like about Wyze is that they engage with their customers… that and they keep moving forward. Slower than some would like but progress is progress in my opinion.

I just happen to be into headphones (mostly low end and mid level) amongst other things like smart home tech and collaborating with others.

A few of my devices… the ones I havent washed🤣 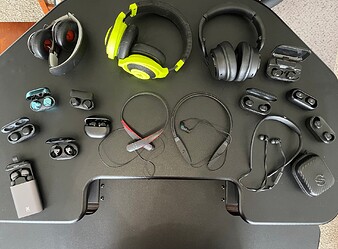