I’ve had other semi-smart watches that had O2 sensors (Blood Oxygen levels), built in.

Could that be an Additional feature for a Wyse band update or next Gen model?

Even if it is less accurate than a medical device. A vague idea of one’s Blood OXygen levels.

This would be a good idea in the day of covid19.
And a better indicator of worsening symptoms.

This topic has been moved from #early-access to the #wishlist. Voting is now open. For your vote to count, remember to click the VOTE button at the top.

Are there any plans to implement a pulse oximeter in the Wyze Band?

Wyze just released the Band, I doubt there is any plans for a version 2 with a pulse oximeter, considering it would increase the Band’s price point. But you never know.

In this case, it’s likely it could be feasible as a firmware update and not needing a hardware change. The same LEDs and photodiodes used for reflective pulse/heart rate detection can often be used for reflective pulse oximetry. Since I don’t know which parts they used nor their implementation, I can only speculate. But, I believe it may be possible in code, which is why I made the suggestion.

I believe two wavelengths are used for pulse oximetry, the second being IR infrared. 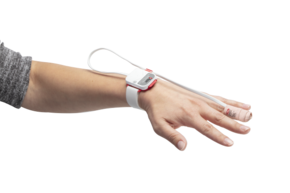 Typically 660 nm red and 940 nm IR. Wyze appears to be using green for its heart rate measurement so I doubt it is capable of pulse oximetry.

I wish there was pulse oximeter feature in wyze band. i can avoid checking it with a different device. would be useful for elderly during the time of this pandemic.

I’d like to see along with the heart rate monitoring O2 monitoring.
TY

This is why I haven’t bought one yet

Yes, Wyze needs to update the device with a 02 sensor measurement.

Add a snore sensor to the Wyze band. The band could listen for snoring sounds based on existing algorithms and then vibrate to semi awaken snorer. The listening level could have and adjust in the app as well as the vibration level.

Not sure if it’s possible to add a snore sensor to the current hardware. I merged it to this band V2 wishlist so that additional hardware upgrades could be suggested in this thread.

I would like to be able to respond to incoming phone calls and make phone calls from my wyze band.

I’ve hit the ringing notification. But, did not know for sure, that it was an active feature for calls.

This can be done !
I owned other watches that did this.

It would be nice if step or other accomplishments would be shown on the band when achieved like 5k, 8k, or 10k steps.

The Reminder to Move needs some polish. It doesn’t provide how many steps to take like my Fitbit (It is hourly and 250 steps). I haven’t found documentation for the Wyze Band on how often and the count it will go off.

I was thinking about the sleep detection. I wake up and the TV is still on, often because the TV show was too loud or bright. My mother has the same issue.

After detecting I’m asleep it would be a slick feature to turn off the TV using Alexa/Fire TV using Alexa integration.
This would require some programming but might be a cheap super-feature for Wyze R&D.

"Could you make the Wyze Band a lower profile similar to the Fitbit Charge 4? I have BOTH and end up accidently bumping the Wyze band module into things since it sits higher on the wrist. The lower fitbit Charge 4 is lower and not as susceptible to inadvertent contact.