Note that they clarified it is through a browser and not a desktop app.

I seem to recall it was on the roadmap before, or is old age setting in.

It’s been on the roadmap for a while, they need to stop making new [Mod Edit] and fix/ enhance what they got.

Such a Great Idea!! Hope to see this soon as I am Also trying to put up one of my Ideas!! I know upon my delivery I was discouraged to find that the Doorbell camera does not work in my Apartment Peep Hole. I would love it if Wyze would come out with one that would be the same size as the Doorbell Camera but
to be Hidden inside the Peep Hole for only the owner to know its there. Of course it will need to be wireless and fully functional on wifi. It is the size of a normal apartment peep hole and the peep hole only has a hand pressed bell installed so it is not wired connection. I hope that this was enough description but I am able to describe more if needed. Thank you for reading my request Be safe all Any suggestions to my Idea also Welcome Thank you

I think we’ll all be VERY excited to hear that this is officially in development!

More information will be coming later!

Great thanks for the update

Yes!! Thanks for the update!

I think we’ll all be VERY excited to hear that this is officially in development!

More information will be coming later!

Great to hear that this is coming soon (curious as to what the Wyze definition of ‘soon’ is),

That said, I’m curious if when I receive a notification on my iPad in LANDSCAPE mode that motion was detected (or portrait mode), and I tap on the notification (that normally takes me to the WYZE app that doesn’t work so well in LANSCAPE Mode), if there is a means to make the notification tap take me directly to the web page URL in my default browser on my iPad, or iPhone, or Android Tablet or Android phone.

I’m going to guess that’s not a possibility, and I’ll just have to continue to wait "patiently’ for Wyze App 3.x to fix the Wyze App issue where LANDSCAPE doesn’t work on iPads/Android Tablets.

Coming soon has been a claim of Wyze since 2017. Please clarify.

I am certain if this is coming soon it will be one of those things you have to pay for. I have been phasing the unreliable Wyze system out. Sucks I have so many cams I have to phase out. This started off as a great alterative way to set up cams instantly with no wire, but its been ruined with cash grabbing option that used to be standard. Over all I am at a point I would not recommend the wyze system to anyone until they make this work like a true camera security system. I know this WILL NEVER HAPPEN because it entails a full time monitor to be display any set amount of cams. And that’s what separates this from a real security camera system.

FYI I have several thousand worth of useless wyze gear thanks to updates that seem to ruin things, I am sure their is a bigger fish out there, and my patronage means absolutely nothing. As an admin I am certain you can verify my claims if you care to do so…

If this happens this will be another “Game Changer” for Wyze

Honeywell will be upset once again…LOL
Honeywell’s original IP-Cams I had could be viewed on your smartphone and PC,
they tried to sue Wyze and lost

they have never presented themselves as a security camera system.

they now have a home security option, but thats not what their cameras are sold as.

Just because thats how you chose to use them, it doesnt mean thats the bar they have ever set for themselves or promises they made to anyone.

you can buy a dog collar to use as a belt, but its on you when you finally figure out it doesnt work out well compared to actual belts.

[Mod Edit]… Sit back and be happy that Wyze is finally committed to our single most posted shortcoming. I, for one, am ecstatic that this has happened… They may, at some point sell a camera that will qualify as a security camera…

[Mod Edit] They sold themselves as the cure all solution to a dvr box and ring if you were a customer back in late 2016 early 2017. They were directly competing with ring and owl. [Mod Edit]

Some posts were removed or edited that did not follow the Community Guidelines. Please flag posts that violate the guidelines so the moderators can respond appropriately.

Key points from the guidelines to keep in mind:

It could be worse. An older friend of mine went with a wired camera system with NVR (Zmodo), and during the intervening 3+ years, they have stopped selling and way to power the cameras, and they use a proprietary form of PoE. (I thought it was just passive PoE, but apparently not). After the under warranty replacement for the unit powering their cameras failed, they now have 8 cameras that are effectively useless, unless they want to pay a good chunk of change for one of the increasingly rare used units.

As to the “cash grabbing option”, the only thing I see we have to pay for that used to be free is person detection, and as that wasn’t an option when I purchased my Wyze cameras, I have no reason to complain.

As to streaming to web browsers, in this article: 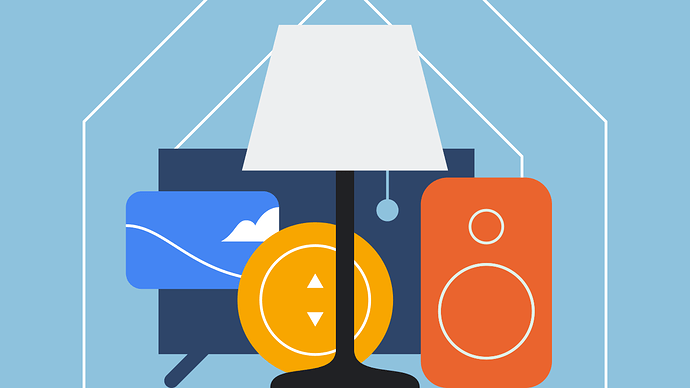 Google shared a few updates around its Nest and Android products that focus on a commitment to the recently renamed Matter ecosystem..

…I spotted this little gem buried in the text:
“In addition, Google is adding support for WebRTC to reduce latency for live video and audio streaming from security cameras or video doorbells to your TVs, displays or phones. Companies like Logitech, Arlo, Wyze and Netatmo are expected to integrate WebRTC with Google Assistant in the coming weeks”.

they now have a home security option, but thats not what their cameras are sold as.

Just because thats how you chose to use them, it doesnt mean thats the bar they have ever set for themselves or promises they made to anyone.

Great to hear that this is coming soon (curious as to what the Wyze definition of ‘soon’ is),

Thanks for the update. Will this be stand alone access or integrated into some other service from the likes of Google or Amazon? I already give them enough of my data for their profit making.

You can, of course view the camera in landscape; even multiple. I do that with my iPad Pro daily. Great way to monitor deliveries while keeping an eye on my laser engraver’s progress.

Angus, the key to my question is mention of the “App”

I appreciate your response Though