Does anyone else’s cam pick up video of random lights, like static or what seems to be car lights through the windows, but isn’t. I have my cam to see my dogs at night, and I keep getting alerted, but the dogs aren’t moving, it’s little flashes of lights. It’s annoying, cause when the dogs do move, the camera doesn’t catch it right at that time. I’m assuming it has to reset or something. Thanks for any helpful advice.

I noticed that when I first setup my cameras, but I haven’t noticed it lately. Anything close to that now I think it is simply small bugs that happened to flap their wings just right to look like a ghostly light. My :2cents:

yes but i didnt think it was bugs lol, I’m hoping it will taper off. it’s annoying.

I tried to upload a video, but said new users aren’t allowed☹️

I can’t say for a fact it’s bugs, but I’ve talked myself into believing it.

Tricia, You should be able to upload video now.

the pine tree on the left is the trigger.

My detection zone doesn’t include the tree, for obvious reasons. It was pretty windy and it’s quite possible the tree made it into the zone, but I was trying to show the little weird white spot that blipped half way up about 1/3 from the right at 4:34:23 (3 sec mark).

I don’t think @OverWatch is referring to what triggered the motion detected, but rather pointing out the flashes that can occur as in the right side of the frame about 2.x seconds in as seen in this still: 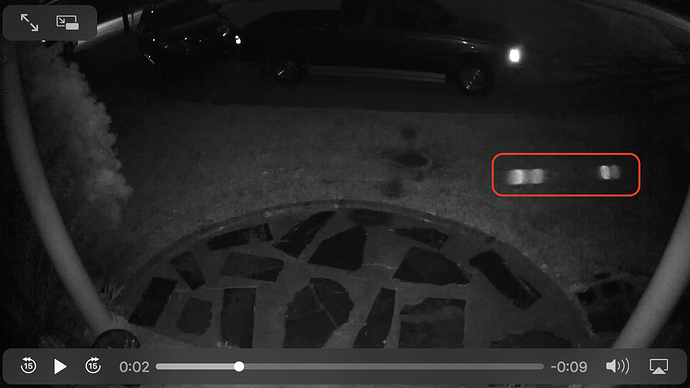 My guess it that it was a fast moving bug flying across the frame. So fast that some of its motion was lost between frames.

i see, such a quick flash, good screen capturing Rick

Another that caused a triggered event on a different camera.

Going to have to level a lot of houses.

I think the cameras are extra sensitive. My cameras were picking up dust particles or very small bugs flying around in my basement. Turn this video sensitivity down.

The problem with that is when a bug flies 2"-3" from the lens, it looks like you’re standing five feet from a semi in the video.

I’ve seen these apparitions on my pan cameras at night. One is in a screened area, so the likelihood of bugs is small. The other is inside, looking out through a window into a screened area (IR off). The apparitions look like a car’s headlight passing by, but in one area there could be no cars.

I’ve seen these apparitions on my pan cameras at night. One is in a screened area, so the likelihood of bugs is small. The other is inside, looking out through a window into a screened area (IR off). The apparitions look like a car’s headlight passing by, but in one area there could be no cars.

I have one camera with the IR off and don’t recall seeing any on that camera. Fortunately, the other occurrences are infrequent. It’s the least of my issues. But yeah, probably not all stealthy flying bugs.

@OverWatch: I called in a favor from a friend at the NSA. I sent her this still frame from your video: 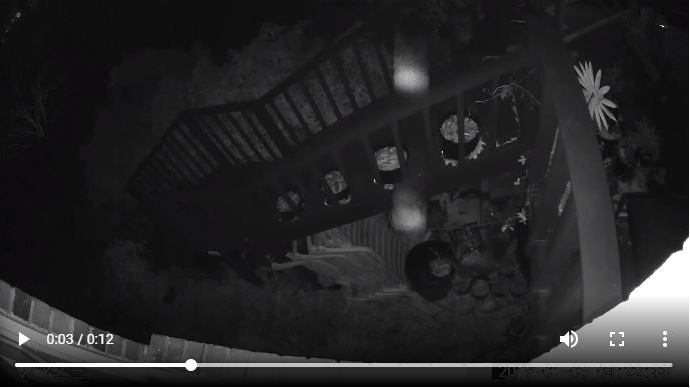 She was able to enhance the image by removing some of the blur: 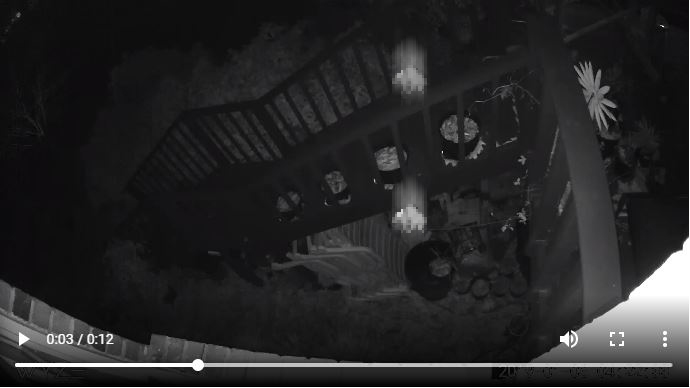 Her ex over at NASA stole some cycles from their image processing lab to suggest the most likely original coloration of the areas in question: 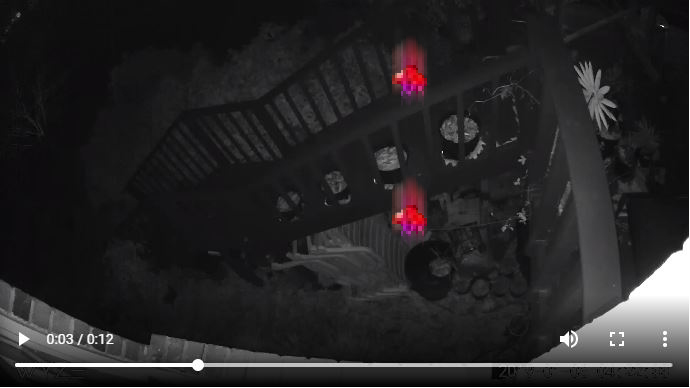 We all agree. You have a classic case of Centipede infestation. They suggest you find an 8-bit blaster before you’re overrun. If you wait for the bouncing spiders to appear it will be a much bigger problem.

That’s weird, because I’ve been trying to get Centipede to grow in my front yard for years…

As I expected, the infestation is much worse out front. 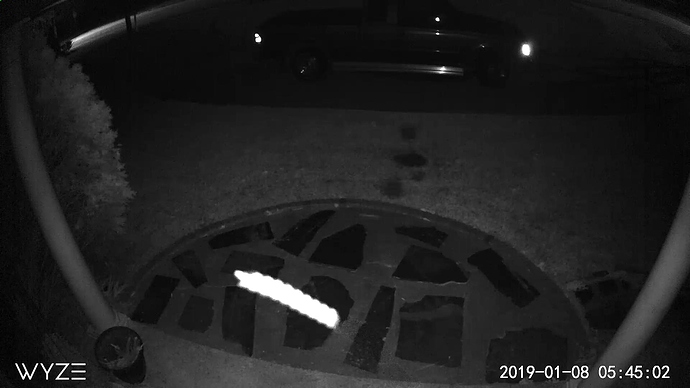