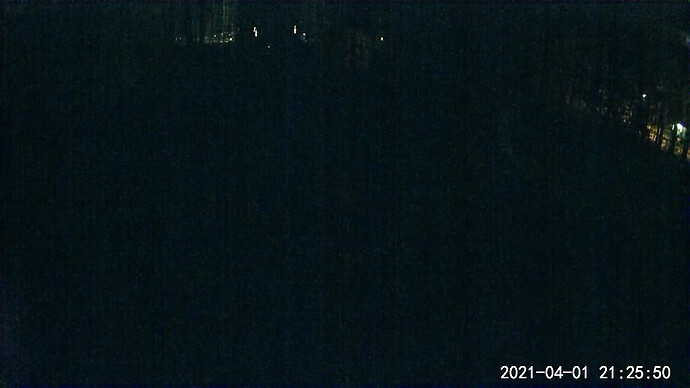 Not sure if anyone else is experiencing this, but my V3 suddenly is seeing black night instead of the prior colors when night vision is not in. I’m not sure if this means the starlight camera is not working or where I should go from here. Any thoughts?

The parts that are lit are quite clear. Do you have another image taken from the same view where you can show what it used to produce?

Make sure night mode is not set to “off”

This is the same view in March 26, near the same time at night. The change seems to have occurred at some point since then.

I can say that it didn’t catch a rather large bear on the driveway last night, but the Arlo camera on the shed did…so I’m rather disappointed by that.

And the image from the 26th is pretty close to what I’ve experienced since I got the V3 set up in January. I’ve now switched to the “normal” night mode which is in b&w and doesn’t use the starlight sensor. That shows as follows 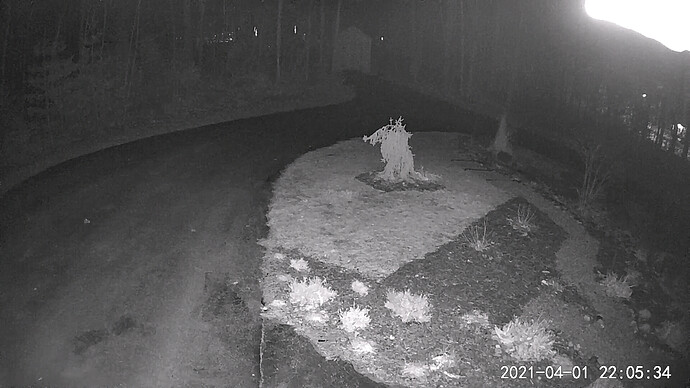 Thanks, you’ve really laid out your case well now.

Unfortunately, other than asking about potential sources of light causing the sideways shadows in the 3/26 shot, I don’t have a theory to help.

That looks like a view for “far” night vision, as it doesn’t have any automatic man-made lighting nearby.

Ah, okay, I understand now. It was too dark, if I had clouds, for the starlight sensor to pick up anything but whatever lights my neighbors had on. That makes sense.

V3 Starlight sensor stopped working only after activation on November 11, 2021. 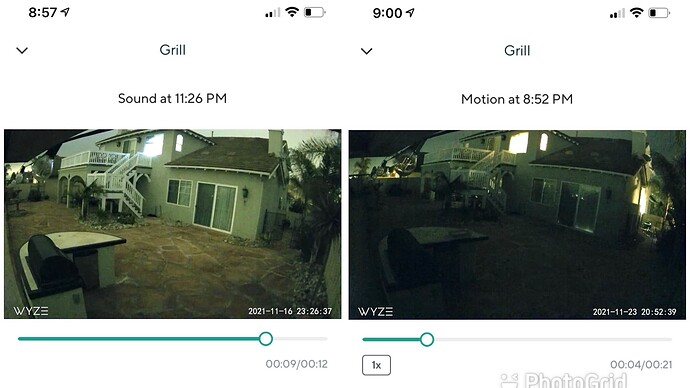 But that’s kind of not possible? It’s not a separate sensor (so far as I know), but rather the same image sensor that took your images. In fact your second shot is still in color, so it appears to be working, but it just didn’t get the same amount of available light in the foreground?

Yeah, I’m fairly convinced that there’s something up with the sensor. Like you, I tried doing the starlight vision again on full moon nights…and had the same darkness issue. Regular night vision works fine, and that’s fine.

One thing I did notice, however, is that far away artificial lights, including IR lights, do mess with the imaging. I guess that could be an issue in my case, but it just seems unlikely.