Thermostat & Emergency Heat - Any updates on this?

Just picked up two Wyze tstats to replace a Honeywell system in a new construction home.

Spent hours up until 3am on here and on Reddit trying to figure out what’s going on with Wyze thermostats and emergency heat.

In the app with the latest firmware, I do not see an emergency heat toggle in the advanced settings. During setup I also did not see any mention of this, although I do remember selecting “heat pump” during setup.

The system is operating normally, but it’s warm this week (Virginia). Last week was cold, and next week it’s going to dip back below freezing. I’m worried that this purchase may have been a mistake - as the EM heat is going to need to turn on when the heat pump can’t keep up.

Then there’s the other issue - I’ve been reading horror stories about peoples electric bills skyrocketing because the Wyze system apparently will use EM heat as second stage heating during NORMAL operation…but there is no indication of this anywhere.

Wyze team - is this going to be addressed in a firmware update? This is a critical, BASIC function of a thermostat/HVAC with a heat pump. The only thing I saw on here was a 160post long thread about it from two years ago.

Additionally - I cannot seem to figure out what has priority, and when, as far as the settings go. I’ve created a schedule for both tstats, and then I’ve also set the ‘preferred temperatures’. Additionally, I turned on the auto away mode for when my iPhone is seen leaving the geofence.

There is no way to tell which has priority though. If the schedule is running, any other thermostat I’ve ever had shows a ‘following schedule’ indicator.

I literally have no idea what rules the Wyze thermostat is following by looking at the tstat or the app…but it is working. 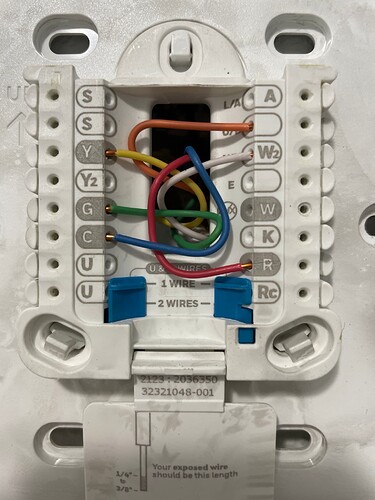 Thanks & sorry for the long read. 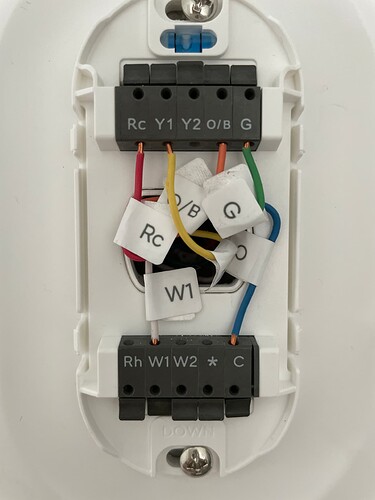 12 days later! I guess you have your answer by now? I know I have been waiting on the answer for almost a year.

I still have no option to enable EM heat when it is needed. The week before last we had a few days where it was below 30, and the heat pump was really struggling. The system was literally running for 16 hours on two of those days, trying to maintain 70 in our downstairs. Since there is no way to enable EM heat, it looks like it simply just never kicked on. To test this theory, I temporarily connected the old Honeywell thermostat downstairs, and it asked the system for EM heat after about an hour of running.

I was tempted to try wiring the Wyze thermostat in a way that I have seen here and on Reddit (but nowhere officially) so that it would at least give me the option to enable EM heat in the advanced settings.,.but after pondering it, I wouldn’t be able to set a temperature for it to turn off, and then I wouldn’t have ANUY indication of when the system was even using EM heat or not.

I have kept the Wyze thermostats for now, as they are working, and its been very convenient…but for people with heat pumps, this is kind of an insane issue. I am not looking forward to seeing what the electric bill is going to look like this month…

I have Wyze Cam and ear buds, so want to stay with Wyze for thermostat and room sensors. However I have a heat pump and need to be able to control the emergency heat manually like I do today with my Honeywell Home Pro Series standalone thermostat. So I am waiting to purchase the Wyze Thermostat with 3 Room Sensors bundle until this feature is available. Unfortunately if this feature is not available within 6 to 8 weeks I will have to invest in Honeywell’s or Nest’s system. Hopefully this lights the fire under you to resolve this issue (not being mean, rather trying to give Wyze a nudge in the right direction