Suggestion- quit updating app and cameras if they are working

If your cams are working at an acceptable level, do not do ANY more upgrades to app or cam. Because eventually you will end up with some issue.

working at an acceptable level

Subjective tolerance. When have they ever been “working” in a vastly expanding and ever changing gigatech terrain. The supporting tech landscape changes faster than Wyze can react to keep them working.

Perhaps I should have said, meeting your needs, recording and reporting events and/or simply working

I agree with you. Wyze has recently displayed an unacceptable level of face palm

The constant updates to the app and the FW are necessities if Wyze wants to survive in a highly demanding consumer feature and hacker security driven industry… Otherwise we would go elsewhere to get the features and tech we want or to get security rich hardware and software. If they weren’t adapting, my cams would be obsolete by the time I hang them and unsecure out of the box… And Wyze would be gone.

Where the nexus of the problem lies is in the development and testing of the updates. Too many bugs, too many untested problems, too many unpredicted compatibility issues, too many mistakes. They simply are not developing stable updates and not testing them thoroughly before public release. We are their proving grounds. I get Google and Amazon updates all the time…it doesn’t break my hardware or apps.

The rush to meet market demand has overpowered the demand for stability. They could really take a lesson from the Auto Industry

When have they ever been “working” in a vastly expanding and ever changing gigatech terrain.

For conversation’s sake, from August 2021, the glory days

Edge case? What the heck is that?

The whole tech proposition (as it has developed) definitely feels like an asymmetrical ‘partnership.’

Do you figure the utility received minus the cash invested and time spent self-helping breaks in your favor, theirs, or is it a wash?

I feel like I’m ‘up’ a little at the moment. I’ve not added anything new for a year and what I have has become fairly stable.

I experienced a significant improvement in camera streaming a while back (WebRTC implementation?) the improvement I’d call most ‘dramatic’ in the app over 2.5 years.

Yeah, read all that some time ago. Innovation without stability is useless for long term growth. There is no choice to be made. They are inextricably linked. To choose one in spite of the other is to whither and die. They are inseparable Siamese twins… Choose one, loose the other. Must nurture both equally.

Maybe you should take the Wyze principals fishing. Then out on the rink. See if any epiphanies dawn.

Wyze should focus more on their principles and less on their Principals. 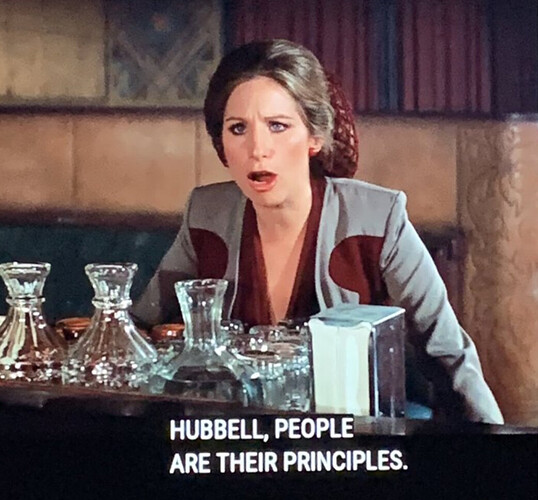 Their differences are immense; she is a stridently vocal Marxist Jew with strong anti-war opinions, and he is a carefree White Anglo-Saxon Protestant with no particular political bent.

Funny Wyze commercial in their future?

Misty watercolored memories of the Wyze we were.

Agreed. Way too many “oops” that affects thousands of us in upsetting ways. They should slow down, prove their updates beyond a reasonable doubt - and only then push them out. It truly gets tiring to receive notifications every 9 days that I need to update my devices. I just want stability - and have thus become skeptical of making frequent updates for fear that what’s working well will then “tank”.

“quit updating app and cameras if they are working”

I wish. The recent forced updates to the camera firmware and the Android app means that I now have 9 cameras that ignore lots of obvious motion while they frequently flag phantom motion. Decent motion detection is fundamental to the cameras and it’s only gotten worse over time. Meanwhile, Wyze is pushing hard for subscriptions and all I can say is that when motion detection works at least as well as it did when the detection area was a simple rectangle (about two years ago) then I might consider it. Until then I won’t be buying anything else from Wyze and I guess that many users will feel the same way.

there have not been any “forced” updates, you always have the option. If you can figure out how to do it go back 6-9 months to an earlier version

there have not been any “forced” updates

Hi, folks! Here is a copy of an email going out to everyone now. It’s really important so make sure you read it! Terms of Service and Security Updates: Update your firmware and app to the latest version to best protect your account and see what’s changed in our terms of service. Hey, friends! It’s a new year and that comes with some important updates! Protecting you and your security is always top of mind, and for us to do that, we’ll need you to: Update your Wyze app to at least 2.27 Up…

you always have the option.

go back 6-9 months to an earlier version

That should still be possible. However it may just get the forced update again.

Wyze is pushing hard for subscriptions and all I can say is that when motion detection works at least as well as it did when the detection area was a simple rectangle (about two years ago) then I might consider it.

I have not touched my detection zone settings since long before the recent forced updates. Based on your comment and out of curiosity I launched the Wyze app (I almost never use it) to see what my current zones look like.

Too late…the last update suggested by Wyze ‘hosed’ one of my four V2 cameras.
It simply did not come back up after the update.
It also reported error 90.
I followed all the steps listed…downloaded, extracted and renamed the file to a freshly formatted (FAT) card as demo.bin.
Held the reset button and plugged in the cable as stated.
Light went Amber released as stated. Light went blue flashing. Waited for half hour…still flashing blue.
Camera seems to be lost to update.
Irate about a supposed update bricking my camera.
Held for 45 minutes last evening and no one picked up my troubleshooting call to tech support.
That’s even worse.