I have a linear pro smart Wi-Fi garage door. For safety reasons the door is only allowed all up or all down when ran by the app. You Can’t stop it at any midpoint. I would love to figure out a way to stop it 4-5” from the ground so cats can roam. I was trying to think of a way to use a wyze sense. Any ideas? Thanks in advance for any and all contributions

You could use a Wyze contact sensor to kill a Wyze plug. when it passes the halfway point, the contact sensor registers a close. That could then shut off the plug, cutting the power from the opener.

With most openers having power in the ceiling, it would be quite trivial to set up.
Thanks for the idea!

You can use a hinge or a hasp. I used a hasp for the extra weight on mine for an open/closed sensor. By adjusting the height on the door relative to the breakover point of the door, you could adjust how far it would open before poweroff. Then, turn the plug back on when you want to run it the rest of the way. 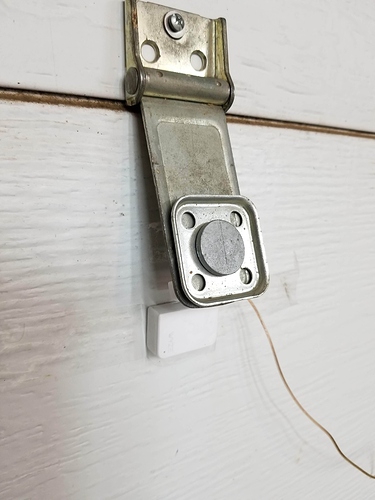 If you had to pair it every time, it definitely could be a pain. I would try it once just to see by cutting the power to it and seeing if it has to pair. I use a Shelly inching relay for my door and it connects without any problem through a power cycle. I’d be surprised if your opener/app didn’t persist.
I think it would be worth a single trial run for sure though.
. 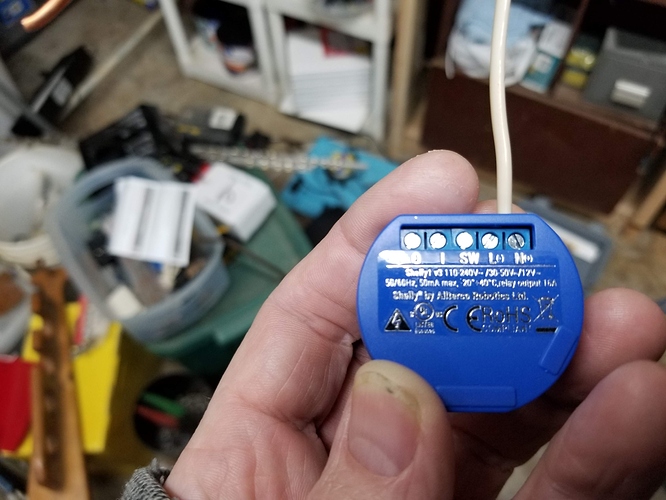 I called customer service and he said that as long as it’s the same router and login and everything it should just pair right back up but also since my unit has a battery back up in anyway and it’s only going to be unplugged for I literally seconds just to plug it into the Wyze plug and plug into the ceiling it should be fine he said. So we might’ve figured something out here. Be awesome if we can get this to work. super handy feature to have

That is what I would do as well. the sensor on the door and the magnet on the track or vice versa. If they don’t pair well enough, a rare earth magnet will work great too and could be re-positioned to change how far open you want it.

If your opener has a battery backup, cutting the power may not do anything. I would try plugging it in to a wyze plug and cutting the power as it’s closing to see if it works before investing a lot of time and effort into putting in the wyze sensors