Congratulations @spamoni4!!! you earned it man

Congrats spamoni4 and thank you for accepting!

Most secret societies have a hazing ritual.

We knowth not that to which you speaketh of.
There a solemn oath of secrecy… One written in part by Tyler durden 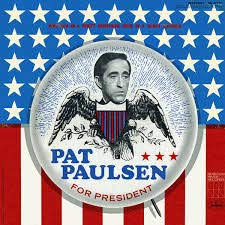 Most secret societies have a hazing ritual.

Keyword being SECRET society…can Mavens be a secret society if everyone knows who they are?

Hmm…now I almost feel left out, like we should all have the word “Darth” amended as a prefix to our username or something to feel more secretive…if there’s some kind of ritual it might be having the newly initiated Maven continue to be themselves and mostly keep doing what they’ve been doing forever already with helping people out and checking to see if they can replicate if there is some kind of problem going on with something, such as in the beta group threads, or people asking how to do something, etc.

I highly recommend implementing that ritual on yourself and seeing how you like it.

Trying it does make this community a pretty cool place. But don’t tell anyone I told you the super big secret or it might be forever before we get approved for a cool “Darth” prefix on our usernames or something…just saying.

YES! That’s true, it is supposed to be relevant and a totally different name, so that would be a great one.

Jedi - The Jedi’s commitment is to peace

Sith - Driven by their emotions, including hate, anger, and greed

I do like that the M (Maven) badge on a Maven’s profile picture is like an upside W (Wyze)…kinda like with Mario and Wario…Mavens aren’t employees, nor do we officially represent Wyze, but we’re like the flip side of official…not in the business, but here to help support and represent the community in a way, so an upside W…yeah, maybe I can build on that somehow playing the duality there.

I would HOPE there’s something there. That’s part of how this badge design came about. Though I can’t take credit for the name idea.

I think it’s a fairly fitting idea of what Wyze is looking for in a “Maven” and the type of people Wyze tries to select. Not that any Mavens are perfect by any means or all-knowing or anything, but most really love to learn about Wyze and share it and help others, etc. So it is a very fitting explanation of what a “Maven” role is really about or at least what we are all hopefully working on representing or doing. Whoever suggested it to be called that made a great choice. It defines the intent pretty well.

That’s why everyone says that @spamoni4 has already been acting like one forever.

@spamoni4 you are now one of the Mavenim…that’s going to be my new plural use of maven…a flock of crows is a “murder,” a flock of ravens is an “unkindness” or “conspiracy,” and a flock of Mavens is a Mavenim…so welcome to Mavenim buddy.

A Maven always signals before turning.
A Maven slows to 3 mph or less at a stop sign.
A Maven never insists on the right of way but is decisive when taking it all the same.

Congratulations @spamoni4!
It’s great to now have you on the maven team!

I’m starting to think mavens are doing predictive ‘policing’ sub rosa, ie solving device ‘crimes’ against customers on the down low before they occur.

Very quiet lately for a big stable of innately unstable things on the loose. Almost too quiet.

are doing predictive ‘policing’ sub rosa, ie solving device ‘crimes’ against customers on the down low before they occur.

Absolutely, it’s called the beta program, and we invite any community member to help do the same.

Test the beta app features, test the beta firmware, report any bugs or ideas to the employees in the beta threads so they can fix up everything to work as well as possible before it goes public.

Shout out to all the beta testing members in here in the forums who help do peepeeps “predictive policing” against bugs by testing out features and firmware and preemptively solving so many device “crimes” before the new stuff goes out to public, helping us all to have a much better experience without even knowing all the stuff that got resolved before it was even launched publicly. Thanks to everyone who helps to lock up bugs before the updates go public.

Indeed. That was an impressive flex of transforming peep’s fantastical meandering. I think you’ve found your biographer.

Hey, what happened to these guys, ain’t seen hide nor hair of either for ages?

@DreadPirateRush is retired from moderating. @Loki still quietly moderates, but also does behind-the-scenes work like the forum software.