She flew the coop! Chicken Run, watch the black chicken

I’ve been renovating the chicken run and had to remove the bird netting at the far end so I could widen the run and shorten the depth. This way all areas can be seen with the camera. We couldn’t really see them very well with a depth of 50’ from the coop, and the picture wasn’t good when zooming in. I set up a “hoop-house” style framework on the left side to hold up the netting.

So, yesterday morning I went out to refill their tipped-over food container and realized one of the girls was out pecking around the yard. Ugh, I figured she jumped onto something near the coop and got out where the top was sagging. I couldn’t figure out where she got out. They are smart enough to scratch under the fencing and get out that way, but I had all the fencing tacked down already.

I checked the footage and got a good laugh at what she did. I didn’t realize until my sister out in Calif told me to look again and I’d see that another chicken had tried but failed. Looking closely again, I found that some black birds had flown down in my yard in the background and it got her attention and I think her instinct was to just take off like that.

Needles to say, I spent all morning getting the new bird netting up on the left side! And their run is rearranged and they’re happy.

Yep, definitely inspired by one of those birds. It definitely caught her attention and her instincts kicked in, and she just took off after it. How funny. Even funnier was how the rest of the flock just suddenly go jealous and ran over to cheer on the escapist.

Haha, That’s basically what my sister had said. I’m considering placing the camera at the far right corner so that my mother can also watch them going inside for the night. She gets a kick out of watching them, specially when they are settling down inside the coop. That’s another thing I was supposed to do today haha. Remove some of the hardware cloth by the door so I can set the inside cam through there so it’ll get better reception and not surrounded by so much metal.

Apparently it is fairly common. I was looking around online and lots of people report having their hens defend their property from other birds, especially hens that are more dominant. Looks like you have yourself a protector.

When I lived in Haiti, there were chickens running around everywhere. Hens seem to be harmless until you have one that suddenly randomly decides she hates your guts and wants you to leave at all costs. Those things can be crazy attack animals with crazy scary talons diving at your face/head screaming bloody murder. There’s a reason Cock-fighting was a thing, those animals can actually be scary when they get enraged and protective. I was recently in a conference where this guy looked up phobias and was making fun of the fact that there was a chicken phobia, and I turned to my wife and told her he wouldn’t think it was so funny if he’d every been attacked by a lunatic hen diving at his face with claws trying to kill him…I don’t have a phobia, but I can totally understand it because I’ve SEEN some crazy scary attacks from some before.

Luckily it’s fairly rare they go into attack mode against us, but it does happen. I guarantee most other birds will run away from a lunatic attack hen like this!

You should put up a “Beware of Attack Chicken” sign on your yard just for kicks and giggles and when asked, just say it is just a warning to the other birds trying to steal your girls’ resources.

Banquet time. The raccoons and the Fox will be over for dinner shortly 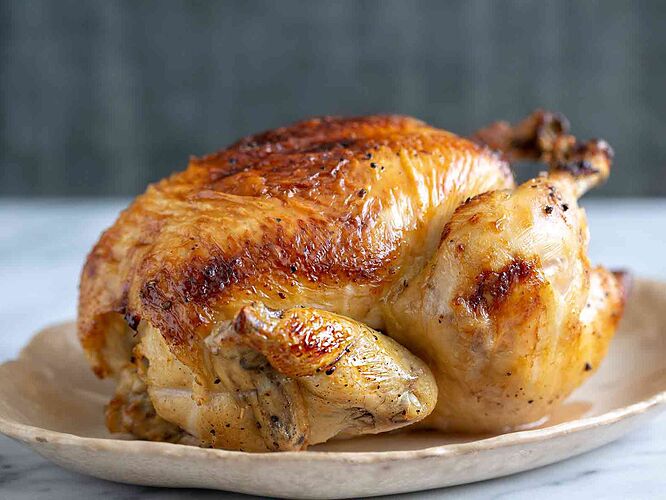 Yeah you’re right. She is the dominant one, too. Yesterday I found her chest butting with another hen. I went back to Calif to visit my mother year before last (when they were juveniles) and my daughter & kids watched over them. We only had 1 rooster at the time. My neighbor on the left side of that yard (also my landlady) found that they’d gotten out of the run and decided to corral them back in. The rooster attacked her and did a number on her legs! She called and told me about it. That was a first, because he was always so friendly and loved sitting on my shoulder.

I called my daughter, and after watching a bunch of chicken videos the family went over there and he became chicken soup that weekend. I know he was defending the hens (first time, too), but we did NOT want that to happen again. No more roosters either (unless things get bad we have to hatch some out).
I have good landlords, too. Got permission to have chickens and they get free eggs every other week.

So far no attacks on the chickens. They seem to prefer the easier prey from next door (cats). Coyotes are brazen around here, too.

I meant I was sending my neighborhood raccoons and my Fox friend from the golf course over for dinner. I already emailed them you address. I told them not to eat before they go.

Oh no!! I guess I’ll have to actually connect that electric fencing to a power source now!

I was looking around online and lots of people report having their hens defend their property from other birds,

Yesterday I found her chest butting with another hen.

A threatened baboon or rooster who elects to stand its ground does not respond to aggression from one of his own kind by leaping instantly to the enemy’s throat. Instead, both creatures instinctively go through a series of posturing actions that, while intimidating, are almost always harmless…

I agree on the aggression part of the animals. Interesting info on the fighting men. I’m not surprised, because I know that many did not want to kill anyone.