I have installed a wyze sensor on my garage door and in less than a week the battery has died. The LED does not flash when the connection status changes. This sensor is located in an uninsulated unheated garage. It has gotten somewhat chilly with temperatures in the single digits what is the expected battery life.

What I have read is about a year but I recently had an issue with my modified sensor. It only lasted 23 days.

I can only give you my personal experience, but it seems to vary greatly and good quality replacement batteries seem to last a lot longer than the stock batteries. I have a sensor on my door that I put an Energizer battery in that’s going strong after several months, but the original battery only lasted a month at most. I also have a sensor outside on my mailbox and the temperature gets down to the teens or even single digits here at night. That one I’ve replaced twice since September.

Never had a weak or bad batteries yet from Wyze sense.

But, did have one contact senor that cam loose from shipping and just needed to be removed and reinstalled.
Had one recently that had loose (+)positive contacts that read (low battery)…needed to be pinched closer.
Careful on the (-)negative contact if it needs a lift …hold down the solder point when lifting to bend upwards may risk it from snapping off at the solder joint …

There have been others with issues around batteries. I am in agreement with @raym64 about name brand batteries. I’ve replaced the originals in mine with name brands and cleared up problems a couple of times.
Also good advice from @gku2 - just saw that post.

I have yet to open and replace battery to test if that is the issue. If so, I may have to relocate and direct wire the sensor. The twice since September does not bode well. Tomorrow the high is supposed to be 1f. There are some winters we don’t get above 0.

Definitely the battery. Swapped with a different one from the sensor I didn’t use. Multimeter reads 2.3v on the “dead” battery and 3v on the good battery. If this lasts only a few days I will be looking at alternate sources. Anyone have any suggestions on replacement? this is in a minnesota unheated garage. 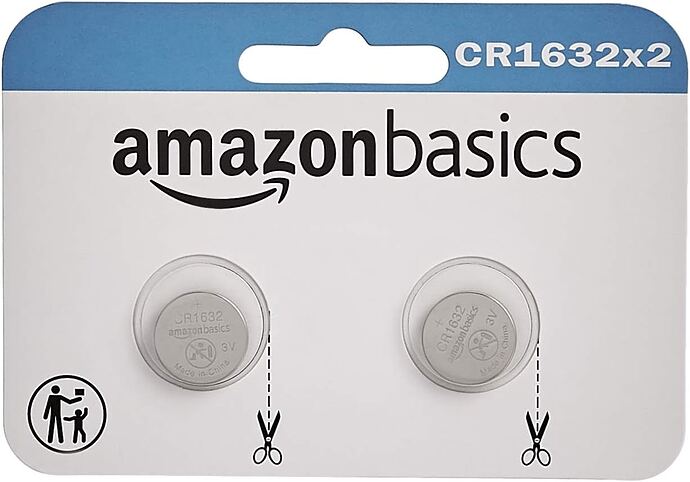 something to read about battery

My experience is that about 20-30% of my sensors came with weak/inferior/OLD batteries that discharged at an accelerated rate. One came as a brick.

Right now I’ve got 2-3 mounted sensors that are very close to needing new batteries, and one that’s dead. All are 6-9 months old. Oh well, the batteries are cheap, but it’s a bit of a pain to replace them when you have 70 year old weakened hands and arthritis, ha!

Tip on buying batteries: stay away from the big box stores, they don’t always rotate stock. Go to a battery store. I can’t begin to tell you how many weak batteries I’ve gotten from Walmart, Target, even Ace Hardware. A local battery store will rotate their stock, it’s their livelihood.

Good point - I just had a sensor that went offline suddenly. Cleaning the battery back and lifting the (-) contract tab put it right back to work.

I may say the same thing happen to me as well, but the sensors came straight from Wyze shop a month later battery went dead.
Not really worry at this time since the window I place it sealed it shut and plastic for the winter- plus I’m on a 3rd floor apt.

I have had this same problem with a few of my new sensors. After replacing the batteries with new ones ( I’m trying out Panasonic Lithium) I have not had any go bad on me. I’m thinking this is the cheap originals batteries that come with the sensors not a sensor problem.

Yes…the original batteries don’t last long (cheap)…buy good ones. If you have one installed in an inconvenient place, replace the battery with a quality one right away.

As others have echoed, the batteries they ship the sensors with are trash. I have had a contact sensor on a basement window that has been opened exactly one time since I installed the contact sensor on it 4 months ago, and that battery just died…

Get some solid replacement ones and you should be good for a while.

Everyone is spot-on about the factory installed batteries being “cheap” or “nearly dead” on arrival. I have 4 sensors, two indoors, two outdoors. Those outdoor sensors were killed by the cold after only being a couple months old, but installing fresh name-brand batteries (check manufacture date codes) have them working again, even in sub-freezing weather. The two indoor ones are now exhausted, too, after only 6 months. Fresh batteries, and they are working again!

I’ve just noticed across the board batteries aren’t what they used to be especially off brand. Nobody wants a battery manufacturer anywhere near them which is understandable. From what I’ve been told by the service lead where our cars are serviced at a Lexus dealership and also what I’ve read, they are now produced elsewhere and of lower quality. I’ve really struggled with batteries on our two cars and all of our sensors of various brands not just Wyze. I’ve noticed issues in temp extremes cold and heat (like only 120 with heat). I don’t even really think it gets that cold here but below freezing so idk. I’ve tried multiple brands. Normally I’m team Duracell but have only found some of these odd ones in energizer so that’s my preferred for these. Usually I’m off brand all the way but penny wise, pound foolish in my experience for batteries. Especially from amazon.

do anyone one know how long a good battery last?
in the z wave sensor they talking up to 3 years for the cr123a