Rolling back Wyze app on iOS

I can’t tell if Gordon is dissembling, mistaken, or just unclear. He purported that anybody could easily install an .IPA file if, for example, Wyze allowed a download of it.

I’m beginning to think the proper admonition is to take iOS advice ONLY from Android users.

It’s over a month and @gordonmeyer has yet to explain how a provided .IPA file will allow an Apple user to do ANYTHING. It is really distasteful to see blatant misinformation presented with an air of superiority.

Apparently through extraordinary means - Testflight plus a Wyze (non-existent?) IOS beta program - it is theoretically possible for an iOS user to run something different from the App Store offering. But it’s not gonna happen. The assertion that older apps are “easily installed” (in any other way but from a previous backup) was and is still just nonsense. Just came across yet another confirmation:

Here is another article, since you can’t use iTunes after v12.7:
https://www.imobie.com/iphone-manager/install-ipa-file-on-iphone-without-itunes.htm

Sorry, I’m confused. The article mentions Cydia. Does this assume a jailbroken phone? Or was my assertion wrong and an average iPhone user can in fact install 3rd party .IPA files?

My original message is correct: you need your .ipa or assistance from Wyze. Sorry you’ve led yourself down so many blind alleys.

So a regular iOS user without his or her own backup is completely unable to do anything. He or she can’t take an .IPA file from Wyze and do anything with it. There are no app stores or repositories for phones that are not jailbroken. Your original message was a fabrication. You continue to misrepresent the truth.

The article mentions Cydia. Does this assume a jailbroken phone?

In the dim and distant past of maybe five years ago, I recall being able to find the .IPA files on a Windows PC, and save them off, and even reinstall them using iTunes on the same device they originally came from. But today, I tried it with iTunes 12.6.3.6 and was unable to duplicate. Perhaps the iOS version of the iDevice also comes into play? Or, of course, maybe I messed up a step…

I would REALLY like a working solution to this because the older iOS app worked better for me than the latest and I still have it one one device, and have to be very careful to not update it… (I do not have any current Macs or TimeMachine, etc at the moment)

Finally found a old Win10 box that still boots up and has iTunes 12.6.3.6 and will show the apps in iTunes and has a huge collection of IPA files in multiple versions.

Naturally the system is several years pre-Wyze, and has no room left on the hard drive to do any backup testing yet, but I will begin experiments as soon as have the time… 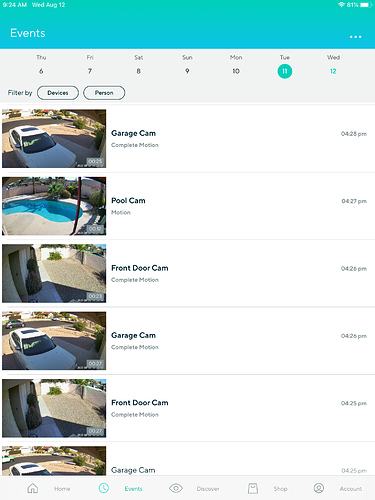 Related, with a solution…

Where to get old version of Wyze app for Iphone? Cameras