One of my dozen cameras has a permanent purple color tint. Turning on/off night vision does not make it go away, Rebooting power does not make it clear either. It is mounted in a weird location So I didnt really want to re-flash unless necessary.

I had the same problem and was told by support that a batch of cameras had a extra strong magnet in the base that was interfering with the IR shutter. I did noticed that if I extended the base all the way, that the problem was relieved to some degree…

This sounds very likely , I will try,.

Thank you , I can confirm this is the issue. The camera was not centered on the base disc and much was overhanging the disc and it was fully seated (lowest position) . By extending the base away from the body cleared the problematic color shift. Thanks again

Thanks @Michael for fielding this one! @Mister Chris, if you would be willing to open a support ticket and tell me the ticket # it gives you I will be happy to get that unit exchanged for you. Same for you Michael, if that was not done already. Exchanging these is optional but I’ll be happy to get you taken care of!

did we ever find any other solutions to this? mine is having a blue tint to it, but its only at certain times, the other day it happened in the morning with grey skies, and today in the evening…cloudy again…it fixed itself though. i didnt adjust the camera at all. its only happened on this one camera though. 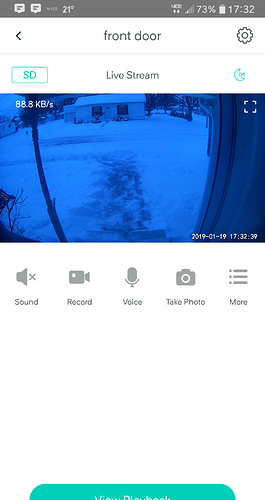 There were a few diff issues that may have caused this:

The blue isn’t a HUGE problem but it looks annoying lol.

I have deployed probably 25+ cameras between my house , my fathers and a remote property for little $$. So I write off most of these issues as the reason the cost is so low, but it does suck. Out of 25 some camera’s I have had 4 v2 fail , and 2 pano fail (very quickly btw). In the end Wyze replaced 1 v2 and 1 pano under warranty , so its not so bad. I wish though they could raise the price by a few dollars and get better QC .

EDIT: I also wish they offered some loyalty or referral program. I have sold at least >100 of these units to other landlords and property managers.

I bought my cameras in Oct 2018 and while one works great, the other crashed just before Christmas. I’ver Rebooted, restarted deleted and re-added over and over. It works for about 15 minutes then repeats the “Purple Haze” (see attached screenshot). They are V2 with version 4.9.3.64.

What is the avenue for getting a replacement for it? 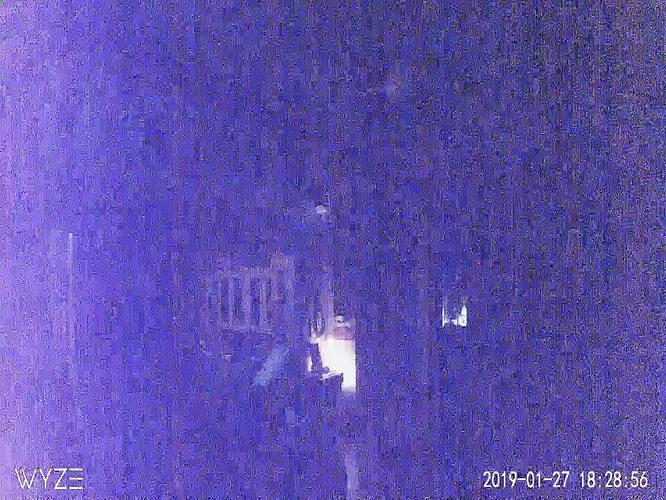 For a replacement, you will need to submit a support request, which is explained here:

Very similar issue this AM. Flat light, grey sky, snowing. Back to Home Page, then Live View. Normal screen. Clueless to why. Will worry about it if it becomes a reoccurring issue.

hey @kimcheese2017 I’m thinking this is just a pickup issue where the camera and the environment are right in-between two options such as adjustment for night vision or regular vision. I don’t remember now If I tried switching modes. did you by chance try switching night vision on and off to see if each option had an effect on it?

This is the image I was getting. Camera (V2) was purchased in Oct 2018. In Dec 2018, this camera went dark with a purple haze. I restarted, deleted and re-added several times since Dec. It would have a normal picture for about 5 -10 minutes and then the purple haze would return.

WYZE told me it was a sensor going out and they replaced my camera. 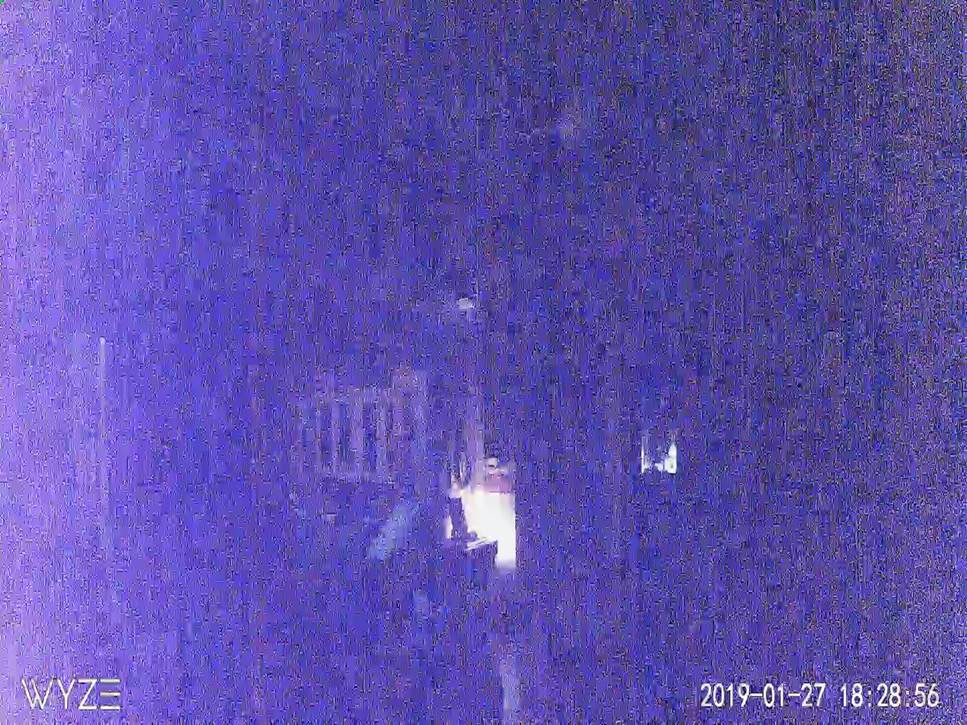 Night vision on this specific v2 cam is set at off. Pointing towards outside through a glass window.

Checking today’s Playback. 0648, the first recording of the day. For the first ~25seconds had the blue tint. Started transitioning to normal as a motion tracking box slowly opened and expanded to the size of the set Detection Zone. Not sure what motion was even detected to set off the record process. None of the other Playback clips had an issue. Weird.

Might have a reason behind my blue tint screen. Happened again yesterday morning. Again the first event recording of the day. Not this AM. No event recording today. Difference was a clear sky at sunrise this AM vs. flat light cloudy sunrise the previous two AM.

The Guess: Both blue tint episodes event recordings began ~2 minutes after sunrise. The v2 Night Vision mode is set to OFF. When a critical level of illumination was reached an image was captured by the image sensor. The black live view to the initially blue tint image. The change in natural lighting triggered the detection zone box and triggered an event. As the natural light from the rising sun increased it allowed the green, red pixels to kick in resulting in a “natural” scene. Blue pixel sensors most sensitive?

I had a purple tint. I put a refrigerator magnet on top of the tinted cam and slid it around until I heard a click. The color shifted back to normal.

WelcomeTo the forum @srmarty. That is a good option and a clever idea! The IR filter in the cam is driven by a small solenoid motor which causes it to moveBack and forth over the lens. The magnet idea is probably forcing the solenoid to open/close and moving the filter.