I would much rather connect all my wyze cams via PoE. Wifi is great for outdoors or a quick spy cam setup, but I would much rather have PoE so I can use the highest resolution without any camera freezing. Plus a lot of people have a much faster home network at 10gigs. I know some people are wanting wyze to have a 4k camera, but that would be hard if you have 4 or more cams set up on wifi only. Wyze could create something like this for a PoE 4k camera at half the cost. 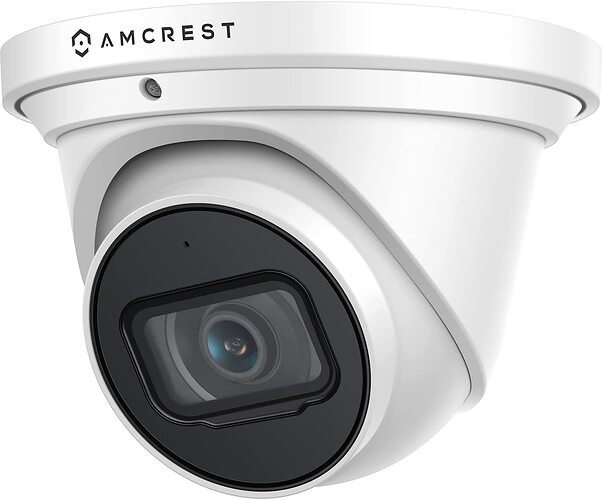 If the splitter does not carry data, it makes no sense and it’s even expensive because when you buy one at 9dollar plus tax for just a camera, it’s bogus. Cost of 4 of the splitters can buy you onvif nvr that works better with onvif camera.

Having a bad day?

Never said it was the best solution just that it’s a solution if it meets their need.

I agree with @jd11. A splitter is good for someone who might only need Power to USB for a long run. As everyone already knows, the included usb power cord is very short. I am not sure how the older wyze cams could convert from wifi only to wifi/ethernet with a new adapter from wyze, buts it’s possible if the usb connections on the motherboard already had the circuitry for it. Maybe wyze could chime in and let us know if it does?

I also would like to have Wyze come out with one. However, I don’t stream my video to the Web. I record everything to BlueIris and if Wyze puts the dumb 5 minute event timer on it I want purchase them.

I have one of the Amcrest cameras you linked above. also have 5 Wyze and 5 Reolink cameras. The biggest issue I have with the Amcrest is their user interface sort of sux. Both Wyze and Reolink have much better interfaces.

I use amcrest too and have a 5 port PoE for them. There are not PTZ but I set it and forget it. So far they are working great with no issues. @jd11 have you tried NetCam Studio? I don’t even use amcrest software unless I need to set it up. NCS allows you to add all different brands of cameras in one place including Wyze. I have this topic discussing how to setup wyze v2 and campans with NCS.

This Tip is for experienced users that have already installed Netcam Studio server and client v1.9.2.0 Install firmware at your own risk. Only do this if you don’t want any of the cam plus features like face detection and all that. I only want a cheap security cam system that gives me ok quality without any of the bells and whistles. If you want HD quality, You need to have a GREAT wifi setup. I use two routers. One (in bridge mode) for the cameras and another for all of my great smart home …

Haven’t tried “Netcam Studio” but will give it a look.

I did give Wyze RTSP firmware a spin a while back. Did fine set to HD with my setup but I want the ability to check my doors from my phone without opening my firewall to a web server in my house. I just let the big cameras do the heavy recording in case I really have an issue.

I’m running a TP-Link OC200 with 3 eap225 APs in the house so no issues with wireless. Turns out the commercial stuff was cheaper than the “Home Wifi” setups and I literally never have to restart it.

As I side note. I login to the computer running BlueIris about once a month to make sure Windows hasn’t done what it does best. Crashed!

@jd11 You have a nice setup too. With NTS you do have to set up your router’s firewall settings for pass through to view remotely. ATT is pretty easy to setup in their router. NTS has a nice app too that you can use, just like wyze or amcrest. The setup is cumbersome but in the end its worth it. You can use RTSP, Onvif, etc. I have 10 cameras, amcrest, foscam, wyze and also usb. You can even use your iphone (pretty neat if you need a quick cam setup) using the smartcam app.

I have been using a Foscam R2, outside, with PoE for 6 months now. 18 degree weather and huge thunderstorms. Works great. 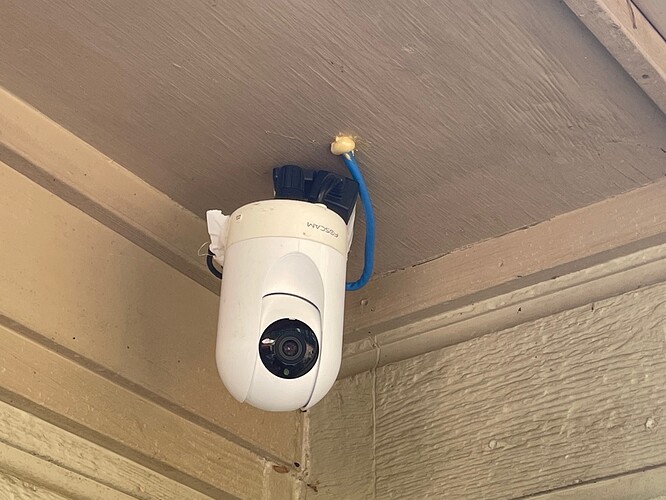 You get my vote

I put POE cameras at my home even though there was a lot of work and expense to run CAT 6 cables. Wi-Fi is a number of precise radio frequencies. I am an electrical/electronics engineer and could easily create a Wi-Fi jamming signal that would disrupt the camera to router interface while I physically disable the camera and any SD card in it. I realize that this requires a talented and professional thief, but I want a more bulletproof video security system. I think Wyze has the talent and ingenuity to create a better security camera. As far as I am concerned, your cameras may protect me from teenage vandalism or petty theft. That is why I laugh at the Simply Safe ads. You are far from safe counting on Wi-Fi. Further, counting on your internet connection to record your video is another weak point in a security system. Internet services go down. Fiber or coax cable connections to the internet are easily cut by an intruder. On premises hard wired network storage in a vault with power backup is the only almost-bulletproof solution. Even better would be a POE camera with internal battery backup and Wi-Fi as a redundant communication path. Most SOC microcontrollers that support Wi-Fi also already have hardwired Ethernet capability, so both paths are probably available to be used. No system is without its weak points, but relying only on Wi-Fi and off-premises storage are BIG weak points in a true security system. I am also a graduate Nuclear Engineer. We learned about secure systems and triple redundancy. Would you want a nuclear power plant next door to you relying on only Wi-Fi and 1 internet connection to be running safely?

Why not introduce a WIRED CAMERA? A lot of us have Cat5 network cables throughout our homes leading to Hubs and Extenders. I, for 1, have wired network access in all the rooms in my home so it would be easy to plug in a wired camera. Offered with POE (Power Over Ethernet) this would make an excellent offering by Wyze and considering that (in my opinion) wired devices are faster and more stable than wireless it should be a win win for all of us. Put me down for 6 minimum for the pre-sale offering! Thanks!!

Some people at the github for WyzeHacks say that the official v3 firmware already has a suitable USB-to-ethernet driver built in. I haven’t been able to personally confirm that data is going out over ethernet but I’m getting a blinking light on it like it’s connected or trying to connect. It would seem to be down to just modifying the firmware to not require wifi initially or to bring down the interface after USB ethernet is detected.

I just found this WyzeHacks and I can't wait to try it. Would it be possible …to add ethernet (USB) support to the WyzeCam? For locations that don't have Wifi. Just a thought! Keep up the good work!

Having a POE doorbell Pro can provide, stable, super fast data connectivity and a more efficient power management to the wyze doorbell pro.

Would love a POE version of the wyze cam. With a hard drive recorder instead of individual SD cards.

I have a swan 2k system but app sucks and the night performance of the V3 is way better.

Would love you see a higher res wise cam too.

Starting a specific thread for a POE adapter.
Instead of making the wyze cam with an ethernet port, why not create a POE with networking adapter to USB. Then you enable POE and wired network on the full product line and you don’t need to increase the cost by adding a ethernet connector to the cam itself. Only those who want the feature would need to get it.

This could be a huge bonus for the wyze cam v 3 since it’s weatherproof. I would cover the whole outside with them but getting power to them and making sure they have stable wifi is troublesome.
If they were POE I could also hook them up to a UPS and they would all be battery backed up.

are the current cameras only 2.4ghz for wifi? if so… thats terrible… so sick of the market being saturated by 2.4ghz… heck, its not 1998…

I am a A/V integrator that has done both commercial and residential work. I currently am installing this V3 pro product in for a family member and have fallen in love with how simple it is to set up and integrate for the price.

I myself being in an industry where people want to see no wires makes this not the most pleasant and ultimately why I pre wire for IP cameras.

I have used a company in the past that made an adapter that took the same usb cable but on the other end of it was an RJ45 connection. This allowed for the camera to not only be powered by a NVR or a POE network switch but also eliminated the need to have a electrical outlet near by and also provided a hard wired connection to the camera.

Even if the network connection only provided the power I think you would have a new market of client.

I certainly want PoE, if only because it is the most sensible way to power a camera. Otherwise, one is messing around with running line-voltage and/or bulky power supplies and USB cables to every camera. Definitely not what one wants outdoors.

And respectfully, it makes no sense to me to include the word “Pro” in the name of any camera that lacks both PoE and RTSP functionality!

Ugh… why no POE yet? I was hoping that the announcement today was going to be a POE camera