Last fall I discovered a small green dot on my android phone app while viewing any of my camera’s at full screen. Was in upper left corner of screen. Emailed tech support about it and they said it was a way for finding the edge of the picture so it would line up correctly. Thought that was weird. and it disappeared after I emailed.

Recently I discovered a small circle that varies in location on the the screen. Isn’t there all the time and you almost need a magnifying glass to see it, although it is visible with the naked eye. Seems to hang around the right side of the display and varies where it shows up. Only see it during the day. And it’s only visible with the Wyze app. Doesn’t show up in any other app. Only in full screen mode and shows on each of my 5 cams full screen. Thought is was a smudge on my phone screen when I 1st caught it.

I know the gov can turn a pixel into a camera to see in a room, or so I’ve heard.

Anyone else seeing this??

Could you take a screenshot and post it? if you feel comfortable posting, you could point your camera at a wall or cover the lense.

This may be a power supply issue. Are you using the supplied power cable and brick?

in addition to @Brlepage’s questions, what app version are you running? I see you are on android, what version of the OS and on what device are you using the wyze app on that you see this object? Thanks in advance!

I’m not sure what you’re seeing (maybe some cursor assist) but the very last thing an even halfway decent piece of spy software would do is change anything on the screen. There is zero to be gained by doing so.

Sorry distortion pics are lousy. Camera won’t focus that close on something that small. Should of taken a screen shot like I did with the green dot. But it was smaller than green dot.

Haven’t checked for it for a couple of days. Looked today, but didn’t see it. Guess its smaller than the size I gave. Was never good at estimating sizes or lengths.

Was trying to hold magnifying glass and camera shooting at phone.

If these pics don’t show up…someone tell me how to do it. I used the upload function.

Just thought of something else I discovered, although tech support says it’s on Amazon’s end.

If you tell Alexa to show your camera’s on either Fire Tv or Echo Shows, you can hear everything being said from the camera that you viewing. Would think this would be a security issue…we all trust hackers & Amazon. Don’t know if these are encrypted feeds to Amazon and back to you. I can see the mics listening for the smoke alarms, etc. But why push it to Amazon as the feed times out. Can’t watch it all day anyway. 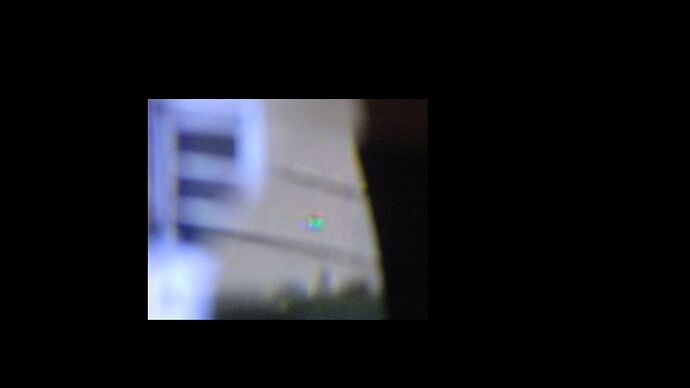 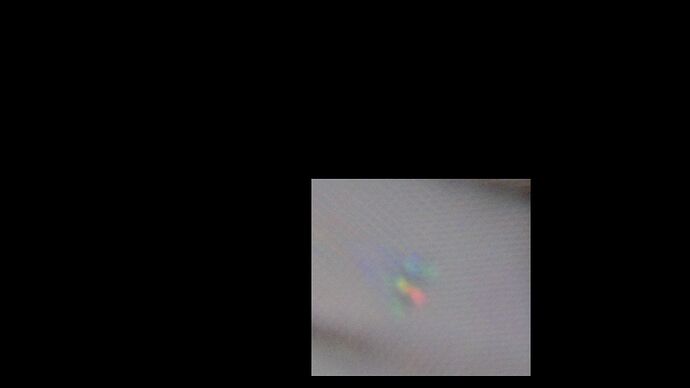 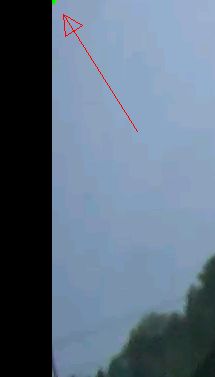 I hear ya there! I wonder if it has something to do with the old app version not meshing with current cloud communications, but that’s taking a shot in the dark and I have no experience with that or have seen it before. That version is about 15ish versions ago. " 2.9.30 (March 18, 2020)". What firmware are in your cams?

Think I caught this distortion before I updated the
firmware. Still have it with the latest firmware.

Learned supporting my computer clients always to stay a month behind on updates as I usually spent more time trying to fix MS’s screwups.

Learned to start doing updates on computers spring on 2019. Hackers took over my router with leasked NSA tools and got into my network. If I would have install an update, would have stopped them. Had to change around 80 passwords, eliminate 3 email addresses I had since early 90’s, put a freeze on my credit, and stop using 3 of my computers, and buy a new phone.

Androids different. First thing to do turn off updates. Read all critical reviews. Check for any new permissions the’ve added.

Well, according to a quick forum search for “green dot”, it’s just the motion tagging box at rest in the corner.

Does anyone else have a small green dot in the top right hand corner of the video feed.

Sorry you’ve gotten bitten before but not every anomaly is a security event. In fact hardly any of them are.

No I don’t know what your red item is but it is very likely equally innocuous.