Got two more cameras to expand coverage. I out one in the garage along with a Wyze bulb just as a means of protection. The attached video caught something last evening because someone turned of the light switch for the bulb so it did not trigger on. Y son said he always felt there was some king of presence. Watch over the side door to the left.https://global.discourse-cdn.com/wyze/original/2X/b/b6bbd63d6de12cac8acc1e7d0e3eb6515f359539.mp4

It is just a small flying insect

Yep… just a bug. I can show you hundreds of similar “paranormal” videos.

”Sir, what you had there was what we refer to as a Focused, Non-Terminal, Repeating Phantasm, or a Class 5 Full-Roaming Vapor . . . a real nasty one too"

Otherwise known as a dust particle. A slightly clearer shot following mutagenic photo enhancement and modifications is shown below. 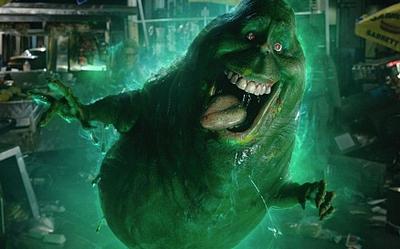 I’d like to see that. This motion sensor is getting triggered all the time

It will be 100x worse at night with the IR on. The camera will trigger a lot because it’s not any sophisticated hardware, but an algorithm that sees a change in pixels. If you had the PIR motion sensor, you’d never get bugs, or dust, or spider webs… or any of the dozens of triggers we’ve seen here that people thought were ghosts or orbs or aliens. 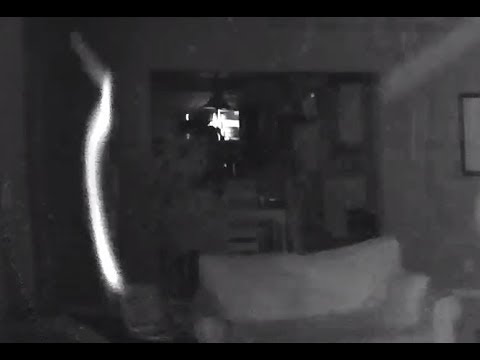 I solved most of my phantom triggers by bugs and dust by adjusting the sensitivity under “Detection Settings”. I RARELY get bugs and dust triggers, but they work normally otherwise.

Fastcarkenny,
What did you set the sensitivity to? This camera is set to 49

I have my cameras mounted inside and outside, and the requirements are different. I played with them until they had as high of a sensitivity as possible without false triggers. Inside is around 45, and outside is between 35 and 45. Various light and movement conditions change the requirements. I still pick up spiderwebs when they get in front of the lenses and the ir light is on…

None of that is the case. If you look carefully out the garage door windows, you will see light scanning in the alley, most likely from a moving car’s headlights, at precisely the same time the spot artifact moves across the camera’s sensor array. The combination of light source peering through the narrow window and refracting in the camera lense will create this specular artifact—an illusion of paranormal activity. Also, the shape of the spot and path it takes correlates to the barrel distortion of the camera if the light source were coming from a horizontally sweeping angle—which is exactly the case here.

This is a joke, right? Or do you know realize that this is an insect attracted by the IR light? I can show you hundreds of these.

Watching it in slow motion, when the object is over the hood of the car, notice how the lighting changes in the windows of the garage door. I hope I never see anything!

This phenomenon on still photography people says orbs, which normally seen with the flashlight. On the monitoring camera, one can mostly observer this in Night Vision mode when infrared LED is on. Where any dust particles flying very much near to the camera will be out of the focus and looks like it in the video.

Hey guys, first time posting and so I just clicked on one of the first topics that may get me an answer.

I just purchased another companies surveillance kit for my parents new house (tomorrow is dads bday/mothers day is this weekend). The item is sitting in its packaging on a desk and my WYZE keeps sending me notifications with a flash coming from the area of the lens of the new product. The new kit for my parents also has infrared, so I’m just wondering if it’s just some sort of reflection of infrared picking up another infrared sensor even though it is not on. I know the solution is just to move it or turn it around to stop notifying me, but also wondering the cause of this.

I was just about to post a video of the many “events” sent to my phone, but I guess new users cannot… It’s similar to when you see someone on their phone while in infrared mode and it flashes. This is just odd because the device is still in its packaging which I assume means it is off.

I too have experienced orbs like this, orbs that light up, orbs that move things and wyze cameras caught all of it. I also have had voices coming through the sound feed. We couldn’t hear the voices at the time they took place. We saw on the footage later that THINGS were trying to communicate with us and our children.

I know it sounds crazy and no one will believe it until it happens to them. I’d be more than happy to gather my videos and share them.