@WyzeChao here is my Wyze-Cracker Scientific V3 vs. V2 Audio test. Highly scientific as I used shipping tape to mount V2 next to V3.

New upcoming Wyze product nicknamed “The Wyze-Crapper” a Wyze WiFi Bidet although a firmware bug might scare the crap out of me.

I sent this message to Chaozhang and many other Wyze Staff yet it is not in my messaging folder, this is poor customer relations and speaks volumes to their lack of concern with customer issues

Chaozhang since you liked the audio test I did in the post 27 “No more dancing around it. Can you fix audio issues with Wyze v3 cameras?” Please review post 38.

There is a considerable difference in audio from a V2 versus a V3, and Wyze needs to address this for your customers and Wyze’s reputation

A little odd, since his profile says:

Let me know if you have any question or feedback about any camera products.

I sent this message to Chaozhang and many other Wyze Staff yet it is not in my messaging folder,

Did you get an error message?

On the not in messaging folder, did you look at Messages, then Sent?

Agreed. Apparently wind blowing near my cameras will set off the audio notification. I playback the recording and hear nothing. Unless you are void of wind, shadows, insects, leafs, and sunlight - can’t wait for the snow!! A real bummer!!

Later today when I have a chance I will re-create the 12 foot up the tree V3 cam audio test with a V2 next to it to compare the audio.

This will require a little bit of work but I have made an adapter to tap my current 12 volt power feed that connects to current 12 volt to 5 volt Micro-USB regulator adapter that powers V3 from my solar panel battery supply.

Original camera by Honeywell that the Wyze replaced was connected with a barrel connector, so my temporary inline adapter will power test V2 and V3 will be on it’s own 12v to 5v adapter.

This will be done later today when it warms up outside currently in the 40°’s F will wait until it is closer to 70° F and I drag out the extension ladder to access camera up the ladder 12 feet on the tree and run the side by side testing.

Starting the new post is just to have a less cluttered post with these tests, and make it easier for the Wyze Staff to review the audio differences.

Below is the Honeywell outdoor camera that was originally replaced with a V2 in outdoor enclosure, then a V3 once those came out.

Now at over 100 times the price of a Wyze Cam
I could install one of these PTZ with 32x optical zoom IP cams out of my e-wasted collection of security junk that I have collected when doing upgrades at job locations where I was told to dispose of these working units. Someday I will as time allows.

Aren’t you assuming that if there is an issue it’s a software/firmware issue and not an inherent issue with the microphone or onboard sound chip?

And if it’s not addressable by a firmware fix chech back when the cam v4 is released.

“The V3 Wyze Cam Audio definitely could use some improvement but your hardware may be the limiting factor here as maybe the vendors that make the cams you sell are 2 different Chinese manufacturers? - Or some one has chosen a cheaper microphone and audio I.C. chip / audio processor?”

Found the Sent Folder, had to click down arrow, did not know that…

Hopefully Wyze addresses and answers their customers concerns this week.

Thanks for your reply.

Still waiting for temperature to get close to 70 F before the next V2 vs. V3 test…

But a heck of a cold front just rolled in…LOL 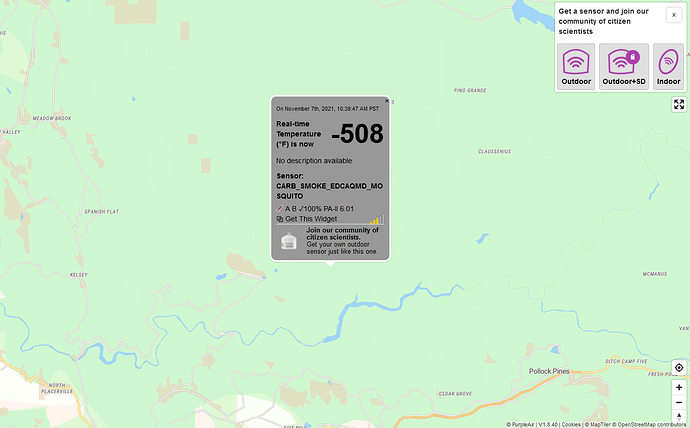 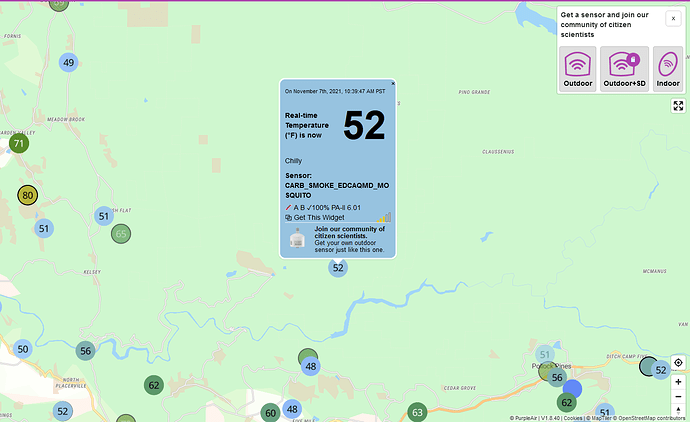 521399×856 225 KB
.
.
This V3 has my counties Air Quality Sensor next to it and is available on purpleair.com
That is how I am monitoring many things such as AQI, Humidity, Temperature, etc…

@WyzeChao
Here is the V2 & V3 12 feet up the tree side by side audio comparison, unfortunately they were done at separate times due to WiFi distance to Mesh WAP and V3 beat the V2 in the transmission of data.

Had to unplug the V3 for V2 to get audio to cloud, and for some odd reason the V2 audio was not captured on SD card at that exact moment when both were on and sound was enabled.
(must of been a firmware bug - like that ever happens)

V3 Audio Test from cloud event 12 feet up the tree

V2 Audio Test from cloud event 12 feet up the tree 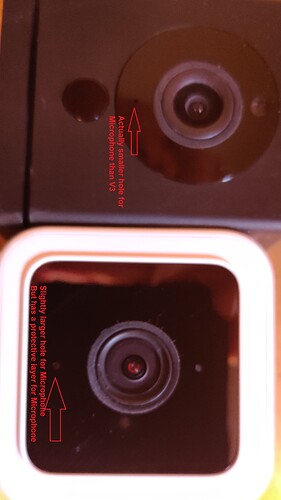 V2-V3 mic IP-681702×3022 182 KB
Again the Forum Rotated my picture automatically - to better view click on it then enlarge and download it, Then Rotate for best view.

Hi Peter, are you by chance using an iOS device? We think part of the discrepancy for different users having different experiences is that iOS has some audio codecs that haven’t been playing nicely with the firmware on our v3. Android seems to work better and we haven’t seen the same types of issues with Android phones. We’ve got a concrete set of fixes slated for the v2.28 app (should be out in Jan’22) that will either address all of these issues or give us a definitive path to fix them in 2.29. Thank you for your patience.

I have same exact issue with my echo show.

I have the very same audio issue on my 16 Wyze V3 cams. Listening to the event recording and the sound just cuts in and out. When “in” it’s VERY muffled.

Same issue with my V3s on my Echo.

My echo shows give me startling, loud and garbled notifications. It’s really awful.

I have the same problem, this video is from my baby sleeping, The video is so noisy that I wouldn’t hear my daughter if she cried: 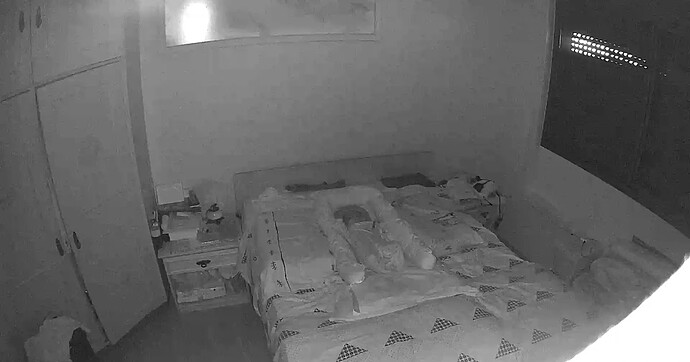 I am having a static/hissing/crackling noise with my V3. The issue appears to be coming from the camera itself. If I pick up the camera and put it close to my ear, I can hear static coming from the speaker. I imagine that the microphone is picking this up.

Can someone else who is having the static issue confirm this?

There does not appear to be a solution yet.

I have the same problem, I can hear a sound like a TIC from the camera every 2 seconds. It´s realy annoying at night, when the baby sleep.

consistent or good quality as those in the V2s?? Or perhaps there are

It probably has something to do with making the microphone waterproof.

I can hear static coming from the speaker. I imagine that the microphone is picking this up.

You have the mic enabled when you do that? It could be the reverse and its just the environment sound that the mic is picking up where you are.

Then again these are not audiophile quality sound parts lol. You might just be expecting too much from a $30 thing.

For reference: I have the mic permission disabled and turning on the audio with rain and environment noise and it sounds as I would expect.