As the subject says, this was out front of my house the other night. Captured on my V3…can anyone make out or know how to enhance the license plate that you can see after the hit…otherwise he or she is going to get away with it.

Unfortunately at that angle, almost no camera on the planet could catch the plate. And all the “enhancements” you see on TV shows like CSI are pure Hollywood.
Sorry.

They might live near you, did you walk down the street to see if you could spot a car with passenger-side damage?

yea, took a good look around the neighborhood.

And the poster is “Law Vegas” too.

You’d hope the cops could narrow it down by model and color, but who am I kidding.

I assume it was reported to police. You’d be surprised how often they can figure out who did it based on make and model of that vehicle registered to a nearby residence, and comparing that with anyone who gets repairs on that make/model anytime soon. The struggle you have is getting any of them to take the time to do any of that. Most of them will just blow it off and let the insurance handle it.

Honestly, could be good for someone to stick something like an outdoor cam on something close to the street to capture every vehicle coming by for a while and see if any matching that description drive by, especially one with damage to the front/left side. Maybe post one on that pole, or the neighbor’s tree or something, even just on the garbage can watching the road for a while. Then you are likely to get a better shot when/if they drive by again, maybe see the damage or same make model, capture the license plate or pic of the driver or something. They almost definitely live nearby or have frequently visited someone nearby since this isn’t a main road of any sort. Sure, they might avoid this road for a while if they are thinking rationally and smart but it looks like intoxication to me, and carelessness, and habits are optimal driving route habits are hard to break. Also they don’t know they were captured on video and think nobody witnessed it so they will feel like there isn’t a particular reason to hide.

And I agree with others, nobody on earth could pull that license plate with this video. there are some ways to do enhancement and guess work in some cases with limited pixels but not to this extreme. Most that is fictional exaggeration in Hollywood, not real life in the image enhancement industry even with the most sophisticated AI’s helping. You need to at least see general outlines of the numbers to be able to enhance anything, which doesn’t exist here.

Yea it’s a black or dark blue jeep…but, that’s about all I got to go on…I figured the plate was a super long shot…

you mean there’s not magic program where you can just sit at the computer and say “enhance”…“enhance…” and get it? 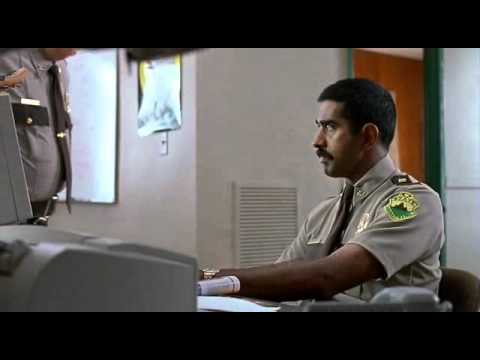 Only in Hollywood (which is only a few miles from where I am at this time.

Unless it was recorded by a gigapixel-class camera. There were some great pictures of big crowds where you could zoom in and see the type of pen is someone’s pocket but the links I had are all error:404 now.

Neighbor’s car? And you are more concerned than the neighbor? Hmmm.