It was hotter here than yesterday so as expected it was hotter in my attic. Below is today’s temperature chart. Peak temperature was 132.1. I just confirmed that the camera was working properly. Included in my test, I cycled night vision mode so that the IR filter cycled in and out - just to make sure it would do so - it did.

Well, the camera in my attic died today - presumably due to high temperature. Peak temperature in my attic was 148.77 degrees and the camera was last heard from at about the time that the temperature peaked. We’ll see if it comes back when it cools down - it’s still almost 135 up there (it’s 110 outside at 6:36 PM)… 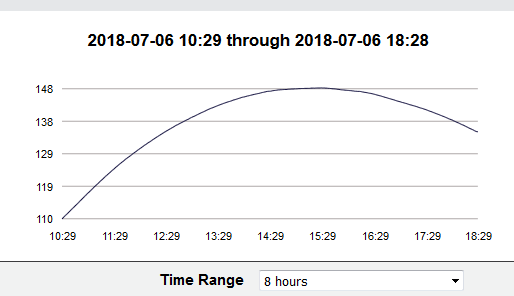 Dear K6Ccubed, if you want to cook your cam might I suggest parboiling 3 min on each side, then dipping in a butter/lime/chili/soy sauce for added flavor. Wyzecams are best with white wines. I prefer sauvignon blancs. Chile has some outstanding values.

My camera on the patio is still doing fine, about 110-115 out there during the last week.

Overnight the temperature got down to only 87 degrees before starting back up. Just after noon, I opened the crawl hole into the attic just enough to recover the camera and power supply. It was 134 degrees in the attic at the time. The camera had the status light solid yellow. Within two minutes of pulling it down, I plugged the camera into a different (known good) power supply. The camera came right up normally and is working properly. About 5 minutes later, I used the power supply that has been up in the attic for the past six weeks to power another (known good) camera. Working perfectly.

So I don’t really know if the power supply was not supplying enough power or the camera just stopped working in the heat, but both recovered when cooled down just a little.

Here is the temperature chart for the last 24 hours.

As you can see below, the camera survived, so no cooking today. Yes, a nice sauvignon blanc would work well with the camera

I just ordered my Wyze V2 and they should be here tomorrow, I live in Alaska and am hoping to see how LOW I can get the temperature. Its commonly -20 to 20 degrees here from November-March I will hopefully be encasing them into a insulated box of some sort and hope that any heat the camera produces keeps its temperature high enough to function but not allow moisture to build up inside of the camera. I will check back in, in about 3-4 months. (yes I’ll leave one not encased and see what temperature it fails at for “research” purposes. ) 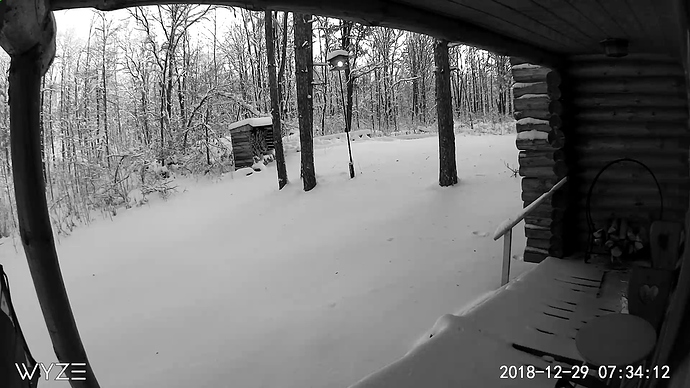 They were trying to figure it out in the hot weather not cold.

@mixonepa, double check the title of the original post. Makes sense you’d see replies on either side.

@tim-weidenhaft, I’ve got two V2s mounted under eves outside in (DC) WI and haven’t had any issues either, despite a lot of rain, some snow and low temps. I imagine they won’t last indefinitely, but at this price I don’t expect them to.

@mixonepa - Respectfully, the post is Max/Min outside temps and I am more interested in the Min temps. I will be mounting these outside in Upstate NY where I have had Foscam cameras fail at about -10. I think the LCD in them froze and cracked. These cams are a lot cheaper to experiment with and I would like to know the limits. Thanks for all the helpful posts!

-39 degrees F this morning and outside cameras are working fine. 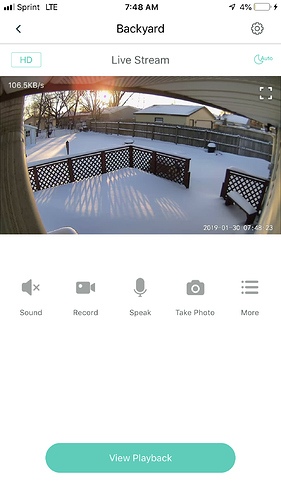 That is encouraging, living in Canada I just set two outside. I was wondering not so much for heat than cold…
We will see this winter around -26C Max for Kingston area…
And for heat! lol we do not get heat ;o) compared to you guy’s…

What kit you Guy’s are using to protect you camera? I have V2 and one Cam Pan with rubberized covert. I did seal the usb connector going to the base of the cam. My worry is the TF card socket and reset…Aldo they are at the bottom, they are not exposed to the direct elements. I might just apply a light sealing tape over…The Pan cam is situated under the overhang.

Well, put it this way.
I live in Arizona and my Pan Cam has operated flawlessly in 115ºF+ heat.
Always in the shade and under an awning.
I wouldn’t expect it to suffer out in the sun though.
No so sure about humidity. Right now it’s only at 7%!

I have Wyze cameras outside in sub-zero temps (Northern Minnesota). They are operating fine. Last winter temps dropped below -35C. Temps don’t seem to be the issue, rather, you need to be careful with moisture.

I’ve been a wyzecam user since it came out. Have all products. Live in NY. I am planning to take a few to India, where it gets up to 115 F in summer afternoons. I’ll keep posting my results.