I've seen thin white streaks posted here, but not like this. Any ideas?

Hello @trebordet, it’s either a bug or a piece of dust being hit by the IR lights which is why it is white.

Yep most likely a bug

Is it just me or are there a lot more bug posts now? I think in my instance, it’s a spider web but I could not see it for some reason. Your case looks like a bug flying

It’s that time of year when all the bugs are coming out and they all seem to be attracted by the IR lights.

Also, one thing about flying bugs being captured… when a bug flies by very fast, there are many, many wing beats and distance traveled by the bug that happens during the 1/10th of a second that each frame lasts. This results in the sensor capturing all that as what appears as a streak across the video. In reality, the bug is much, much smaller, but appears much larger due to the streaking effect. If you look closely at the frame below, you can make out the individual wing tip beats on the right side of the streak. I make out 7 distinct wing beats in the portion that I clipped. 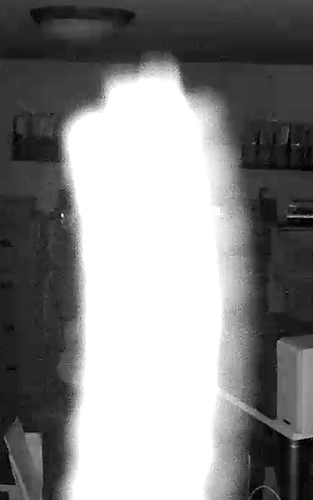 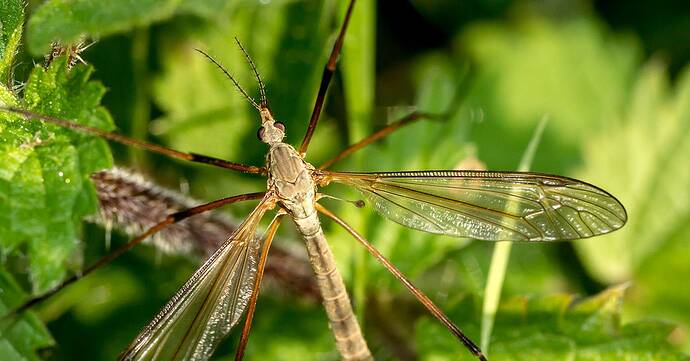 Flies are the best aerialists of all the insects -- how do they do that with only two wings?

Its a small flying insect

but you can’t say for sure that’s NOT some sort of mutant centipede that has learned to fly and is possibly planning a takeover of human kind in its bid for world domination among the kill or be killed world of survivors of fukashima, chernobyol and even possible the cratered sands of the Nevada testing grounds of the Manhattan project…….I think we all need to sleep just a little bit lighter…they are among us…Tommy lee jones has withdrawn from the public life and will smith gave up the Men in Black life in an ill attempt to become a Genie…stay safe everyone…stay safe