It's Not Motion Sensing Its Heat?

I purchased this outdoor camera to observe wildlife. Birds, fox, lizards, insects, etc. So far, it’s only recorded me or my dogs. Now I’m reading that motion sensing isn’t that it’s heat sensing? Is this correct?

The outdoor camera uses a PIR detector to sense motion. That stands for “Passive InfraRed” detector. So yes it uses the detection of a heat signature to at least wake up.

Some systems then combine pixel change algorithms to refine “what” has been detected but I am unsure if Wyze does so.

Right @creekside.wkb it won’t work so well on coldblooded creatures. The movement across zones of the passive infrared detector “wakes up” the camera from its sleep mode. Becaue of this there is a delay in start of the 12 second clip it records.

@rbruceporter Since the WOC is snoozing all the time it may only dream of pixels. It is rudely awakened by the PIR sensor and begins recording without pixel change discrimination.

Blink does this. They have detection zones and that’s how they work.

It would not surprise me. I used to have some Blink cameras but honestly don’t remember.

It is rudely awakened by the PIR sensor and begins recording without pixel change discrimination.<<

WCO is sleeping until it senses a heat signature change (technically heat generated from IR radiation) … then it most assuredly takes pixel disruption comparison into consideration to decide whether or not to start a video recording. Users can fine tune WCOs pixel disruption behavior with DETECTION SETTINGS/Set Image Sensitivity from low disruption to high disruption.

Blink PIR cameras have three (3) PIR sensors, covering three areas of the view. Users can use all three or select any combination. (EDIT: I was confused … Blink cameras only have a single fixed PIR sensor, like WYZE. Ring battery operated cameras offer three(3) user selectable PIR sensors in its “Advanced Motion Detection.”). Nobody offers an adjustable PIR sensor! Sorry for posting that BLINK offers three).

Blink PIR cameras use heat signature to turn on … then pixel disruption to “zone.” Pretty much the same as WYZE. 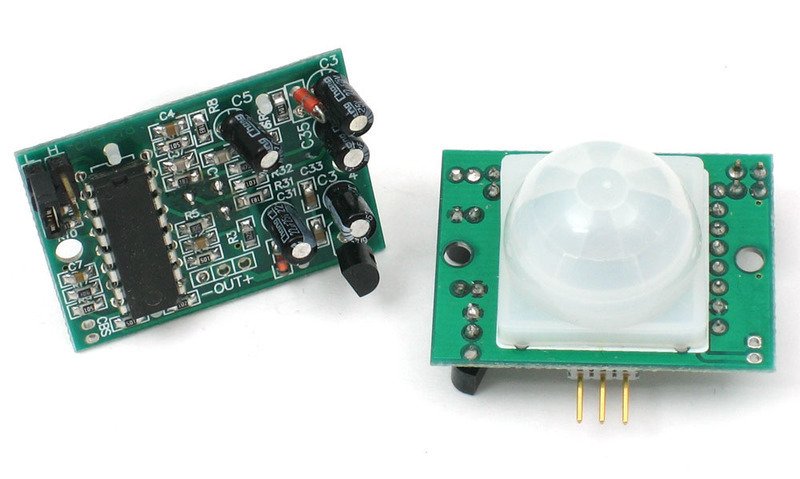 PIR sensors allow you to sense motion, almost always used to detect whether a human has moved in or out of the sensors range. They are small, inexpensive, low-power, easy to use and don't wear out. This guide will show you how they work, how to use...

Pretty much the same as WYZE …

But the outdoor camera doesn’t have the zones. The zone is fixed and is the sensitivity area of the 1 PIR sensor.

The WYZE PIR zone is “fixed” and indicated by the green tinted overlay. The pixel comparison sensitivity can be set by users via the Set Image Sensitivity. You are right, in that there are no “zones” that can be set for pixel comparison. WYZE offers a “slider” for users to set the amount and sensitivity of pixel disruption.

Also, I was wrong about Blink using three PIR sensors. Blink, like Wyze, only has one … and is not adjustable.

re: “Zones” or the “Beam pattern” (wikipedia.org)

The plastic window covering may have multiple facets molded into it, to focus the infrared energy onto the sensor. Each individual facet is a Fresnel lens.

As a result of the focussing, the detector view is actually a beam pattern. Under certain angles (zones), the PIR sensor receives almost no radiation energy and under other angles the PIR receives concentrated amounts of infrared energy. This separation helps the motion detector to discriminate between field-wide illumination and moving objects.

The number, shape, distribution and sensitivity of these zones are determined by the lens and/or mirror. Manufacturers do their best to create the optimal sensitivity beam pattern for each application.

Motion detector with superimposed beam pattern. The length of the beams is a measure of the detectors sensitivity in that direction.

I know many cameras use the two detection methods in conjunction with each other. What I don’t know for sure is which ones do so. I believe that the majority of systems do. As pointed out above Ring does, and Eufys battery powered cameras do as well.

I think most line powered cameras forgo the PIR sensors entirely and use Pixel Change analysis and algorithms to detect and quantify motion. But I also think it depends on the intended application and of course cost.

Initally Wyze was to use Pixel Change but was dropped due to power requirements.

Pairs of sensor elements may be wired as opposite inputs to a differential amplifier. In such a configuration, the PIR measurements cancel each other so that the average temperature of the field of view is removed from the electrical signal; an increase of IR energy across the entire sensor is self-cancelling and will not trigger the device. This allows the device to resist false indications of change in the event of being exposed to brief flashes of light or field-wide illumination. (Continuous high energy exposure may still be able to saturate the sensor materials and render the sensor unable to register further information.) At the same time, this differential arrangement minimizes common-mode interference, allowing the device to resist triggering due to nearby electric fields. However, a differential pair of sensors cannot measure temperature in this configuration, and therefore is only useful for motion detection.

Yes, the focus of each facet is “baked” or molded into the PIR sensor. But the number, shape, distribution and sensitivity of these facets is set by the manufacturer … they’re not selectable by users. That’s why RING offer three (3) separate PIR sensors that can be turned on or off by users … they are not changing the PIR lens or each facet … users are only deciding which PIR sensor to turn on/off. Blink and WYZE do not offer anyway to change the focus of the PIR lens. Granted, there are differences between manufacturers in how to select pixel disruption detection.

So Ring’s multiple sensor is only selecting one of three in order to steer the detection field. It is not a differential arrangement.

Wyze users can always use duct tape to mask out an undesired detection area.

Ha! But also remember that PIR detection is based on IR radiation heat detection moving across a field of view defined by the camera’s electronics. While duct tape fixes a lot of evils, covering part of the field of PIR view would probably screw up the required heat detection. I also doubt if @WyzeGwendolyn would approve of using duct tape for anything except shutting me up.

Personally I think Wyze and other camera vendors could use the vastly underemployed Monkey population. Tether a monkey to each camera. For a correct detection they get food, for each incorrect or missed detection a minor electrical shock.

Just think of the PR campaigns Wyze could offer. Monkeys throwing poo at intruders! It would be the PR coup of the millennium!

You would need a pre-trained monkey to prevent excessive battery drain on the WCO.