Off hand, I would say that it is a good chance. SpaceX had a Starlink launch at 1201 Pacific time on the 4th.

sorry I missed this tag. it’s been a hectic week thus far. this appears to be a jet. Starlink is much more expansive taking up a good length in the sky. this appears to be a jet with a small contrail indicating it is fairly high in the atmosphere. starlink would not appear as a straight connected line. more of a series of perforation marks moving along.

I believe there will be another Starlink launch of 60 satellites early tomorrow morning, May 9th at 2:42 Eastern.

As usual, my forecast is for 100% cloud cover. I’m beginning to get a complex.

starlink would not appear as a straight connected line. more of a series of perforation marks moving along

I thought the OP’s theory was that it was the launch rocket, not the payload satellites. That’s why I asked about the time differential…

ohhhhh. I missed that part. my apologizes. I would need much more location information to triangulate that for the video, but it is very possible to be done.

The camera is located in Vancouver if that helps.

and which direction was the camera facing ( approximately)

There was a Starlink launch on May 4th at 3:01 pm EDT . Which would have been have been Noon Vancouver time, right?

I still think it was a plane. I’ve caught similar videos of high flying planes before.

The following photo is NOT my video, but a stock photo of high flying jet. 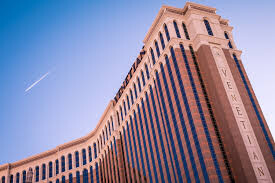 I think I have found the definitive “nail” for the coffin. so these particular starlink launches from what I was able to find are done from cape Canaveral Florida. the reason this location was chosen in the late 50’s and early 60’s was because you can launch into specific orbits AND not travel over land and thus populated areas as they launch over the Atlantic. in finding the flight paths for the majority of Falcon flights they take off to the east of Florida and would not be visible from that far west in Vancouver.

but I know what your thinking…what about that launch that was visible from California? that was actually a ocean monitoring satellite launched from California into a completely different orbit than any of the vastly larger orbits starlink would be in. thats the reason they launched that one from California.

I can say with near certainty that what was capture was indeed a plane (THIS TIME!)

was actually a ocean monitoring satellite launched from California

Is the launch facility at Vandenburg AFB used for those West Coast launches?

Check this out. Story indicates about 915p in Seattle, the above indicates 21:23 in Vancouver. Hmmm? 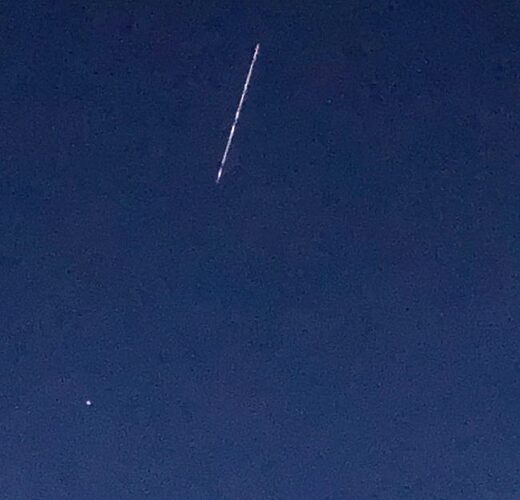 9:55 PM: So far we have two reports of that sight in the sky around 9:15 pm. The person who sent the photo described it as

I would just like to thank Wyze for making the V3. This is probably the best $50 CAD that I’ve ever spent. I have always loved looking up at the night sky but as the years pass, old age and busy schedules leave little time for the simple pleasure of looking skyward at night for hours and hours.
The excitement I feel when I know that the previous night has been cloudless is huge, checking to see if the motion detection has picked up anything, then scrolling through the 1 minute videos to see the busy space above us.
These recordings have opened my eyes to just how busy the night skies and space are, planes, birds, satellites, meteors and that one cigar shaped thing with the colored lights that I keep meaning to post.
Thank you again Wyze for the camera and my new hobby.

I know, @jenhaygle! I feel the same way! I love the V3 and my new hobby!

I am absolutely amazed that I have a camera that can scan the dark night sky, I, too, enjoy checking what I captured every day … however, lately, clouds have been been getting in my way and blocking my new hobby.

Clouds are really bumming me out. As Joni Mitchell sang: