Is the Micro-USB and USB a parallel connection?

I want to be able to hot swap the camera and not loose power. I want to use a Male to Male USB cable to supply power to the camera via USB battery while in transport. I would set up the camera at home powered by the supplied Micro-USB then plug in the Male to Male USB and battery and then unplug the Micro-USB. I would drive the camera to its location. Then plug in the supplied Micro-USB to the back of the camera when I get to the remote location the camera will be used. After plugging in the Mirco-USB I will unplug the USB cable. This is all due to the fact that the camera requires WIFI connection to set up before it can record to the SD care without WIFI.

I think it would work. My concern would be that for those moments while both cables are connected, you have essentially connected the wall adapter to the battery pack. Both power-producing devices pushing power to each other, potentially damaging one or the other. Someone with more electronics knowledge than I would have to address that.

Loki is correct - there is a possible risk to the one or the other of the power supplies when then two of them are connected together through the camera.

Another possible approach to this dilemma is to use a battery pack that supports thru-power charging. IE one that both supplies power to a load at the same time that it’s being charged. Some USB batteries support this mode of operation; some do not. (Notably, Anker do not:-)

One solution would be to diode isolate them however this may not be necessary. As long as the Micro-USB and USB are simply parallel connections I would take my chances on the power supplies. I just don’t want to damage the camera if it’s not a simple parallel circuit. While at home I could use the same USB battery that I will use for transport. This would cut the risk to the power supplies in half.

I’ve been running a Sony Power Bank (10AH) hooked to the mains with a V2 cam hooked to it. That’s my $16 solution. The powerbank runs the V2 for about 20 hours when unplugged from the mains.

I have not been able to confirm the two ports are simply parallel or not but I was able to confirm there is no data transmission through the cable. The orange is the 5v and the grey is ground. This leads me to assume the connection is simply parallel. I just need a male to male USB cable to test.
I extended the cable over 40’ to reach my power source. So far, so good. 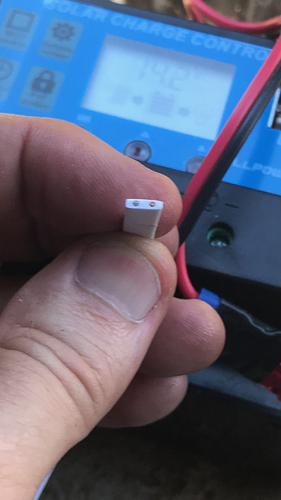 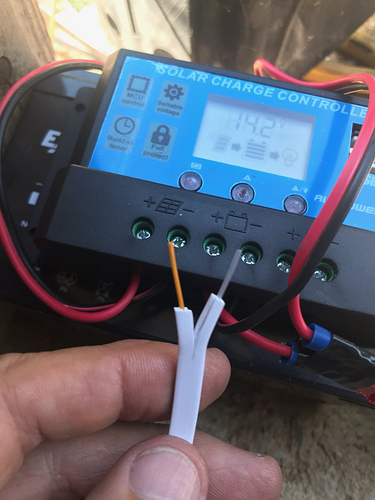