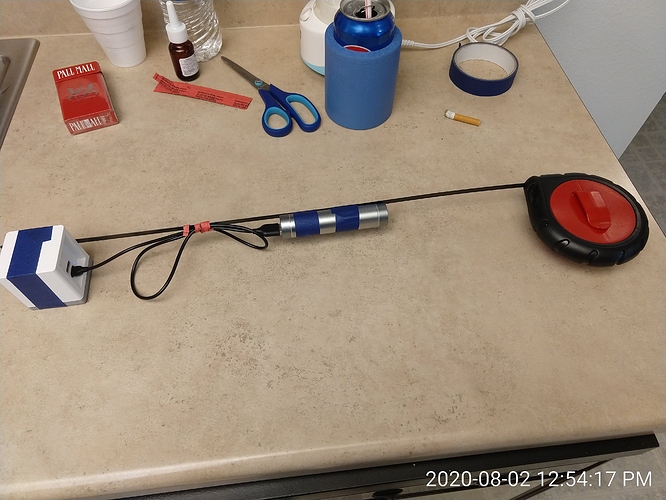 inspection_camera4032×3024 1.4 MB
LoL. Awhile back there was a fire in a condo in another building in my HOA complex. An appliance malfunctioned and triggered the fire, It was subsequently determined the dryer vent went into a cavity in a wall and a 40+ year accumulation of lint lit up lit up like a firecracker and nearly destroyed the building. Annually, I’ve shoved a makeshift vent cleaner up the duct work as far as I could, along with an extended hose on a shop vac. It occurred to me to tape a V2 to an electrician’s Fish Tape along with a power source, to get a better idea of the condition of the vent. I could only push the pictured assembly about 10 feet up the vent before the combined weight of the camera and power bank made it impossible to push it any further. I previously had a really long Endoscope and an Android app which I fished up the pipe, but the app on the phone crashed, so I gave the V2 a workout.
6 Likes
sodcam August 13, 2020, 7:57pm #2

Great idea! Something along the same lines would also work really well for quickly looking under cars for problems, or into crawl spaces as well!

Yes, good idea for vehicle inspection or equipment inspection. I have a 15’ telescopic pole which I might have used instead of a fish tape, but the ceiling above the dryer is low and I didn’t want to drag the dryer away from the wall and damage the flooring. LoL, maybe use it with a drone that didn’t come with a camera.