Yes, finding the leak can be sticky. (Pun very intended!)

The ID of the CPVC cap and street elbow is larger than the OD of the tube by about 1mm. Thought the glue would seal it. Off to HD to see what is available.

Mrs. G said I could have bought several of them for what I spent making this.

I didn’t tell her she was right,

Hey, it may have been more expensive but at least it’s more fun

You got the idea. I saw it said told myself I could make that.

Used a translucent rubber chair leg cap for the end. Naturally it leaked because there was an air hole in the end that required plugging.
Scrapped the hand pump and found this in my wife’s stuff : 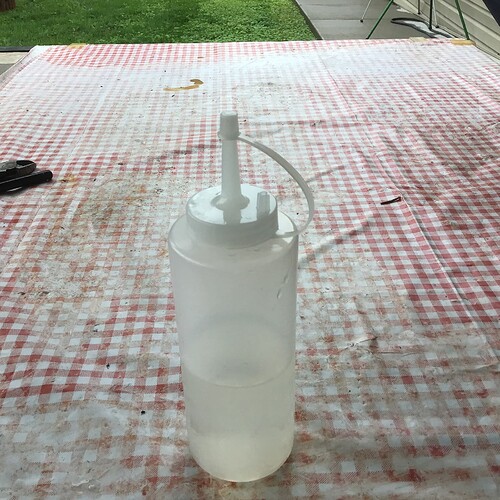 Mounted a v3 on a camera tripod

The v3 is facing east so the image is a bit washed out.
This afternoon the image should be better.

Hummers are already migrating. The males left a few days ago so all that are left are the females and juvenile hummers. They are filling up for the trip.

WOW! I don’t think i have ever seen so many hummingbirds! They love it!

I mounted the v3 on the house. This is a much better view. 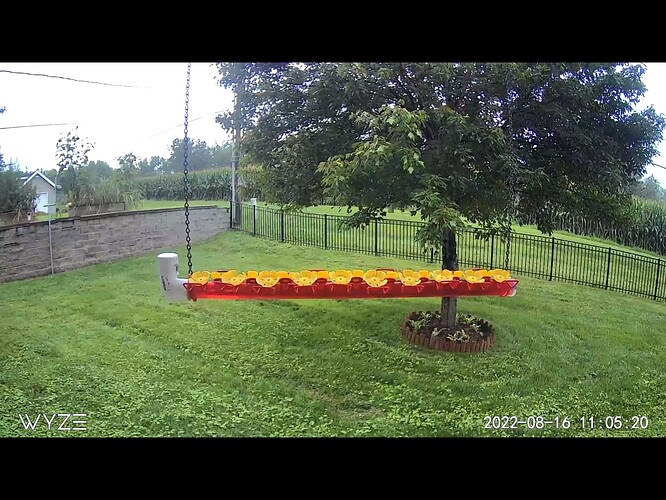 Double wow. This is very cool. Thank You for sharing!

all that are left are the females and juvenile hummers

That would explain the posturing of the hummer on the left. I bet that is momma on the right. 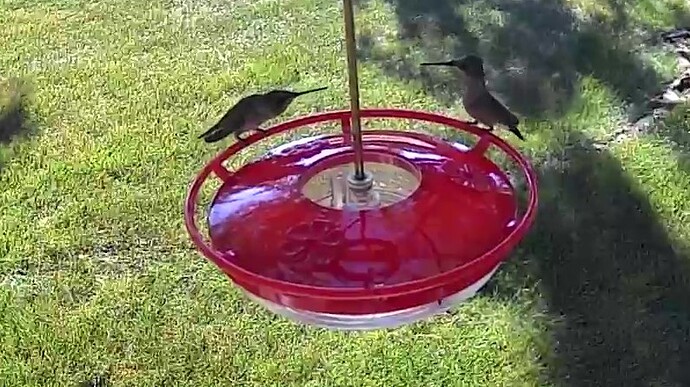 My Pan/Tilt does a good job of capturing our hummingbirds. I keep it within 18" - 24" of the feeders. Currently, I have six feeders up.

The males left a few days ago

It looks like the males are still here in Wisconsin.

This was taken yesterday. 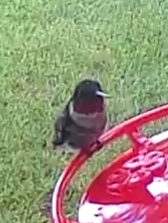 Could be a juvenile male.

Correction - the juvenile male hummingbird does not get his full red gorge until the first winter.

I found the following statement “Most leave toward the end of September. Males usually depart first, and females and the young follow about two weeks later.” on this website: Hummingbirds found in Wisconsin, USA - Beauty of Birds

Expecting at least 20 hummingbirds all at the tube feeder, I only saw 4 or 5 at the most at one time. There are about 20 flowers on the tube feeder so that is not the issue.

Perhaps since hummingbirds are territorial, the gang feeder might not be a good idea.

I left it like that for 48 hours, and only about 1/3 of the flowers were being used at once.

I put the cleaned and filled bottle feeders back up and all the 20+ hummingbirds came back.

The tube feeder I stole the idea from had reviews that the nectar sloshies out on a windy day as review. That doesn’t happen with my tube feeder for some reason.

I have never had more than 2 hummers at my feeder. It is only a 3 flower hanger. I am seeing 1 male and 2 different females. And I think one of those may be a juvenile. There may only be a few hummers in this area. Maybe next year, if I set out another feeder, I’ll get more visitors.

The ID of the CPVC cap and street elbow is larger than the OD of the tube by about 1mm. Thought the glue would seal it. Off to HD to see what is available.

A threaded end cap or o-ring threaded plug sure would make filling easier.

The end cap just sits on the street ell. 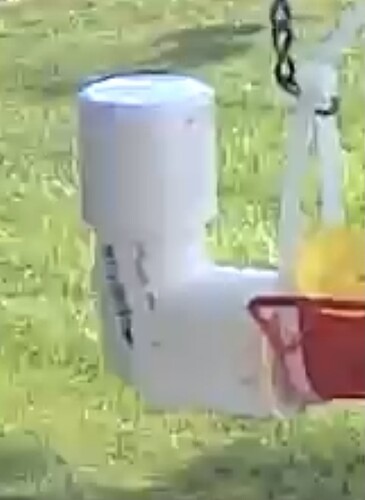 Yeah it can go moldy if it’s warm enough. It’ll last longer in the shade and is cooler

My feeder is placed in front of the windows of my living room, facing west. There really isn’t any other place to put it.

I clean it and replace the nectar every 4 days or if it looks cloudy or I see bugs floating in it.