the sound on my 2 wyze cams 3 is horrible, I cannot hear anything except an annoying background continuous noise.

I just noted the background continuous noise yesterday. I normally keep my cameras without sound, but I am monitoring some remodeling and I noticed the noise while showing someone the status of the remodeling.
The sound quality for conversations is not bad, but the background noise is noticeable and annoying.

I hadn’t noticed that but then all my cameras are outside so I thought I was just getting a lot of wind noise. But you’re right it seems like mostly static. I currently have two cameras on my garage. a V3 on the left and a WCO on the right. Based on your question I compared the sound from the live feed on these two. I could clearly hear a neighbor’s dog on the WCO but could only hear it very faintly on the V3. That’s too bad because I like the better video quality on the V3s. 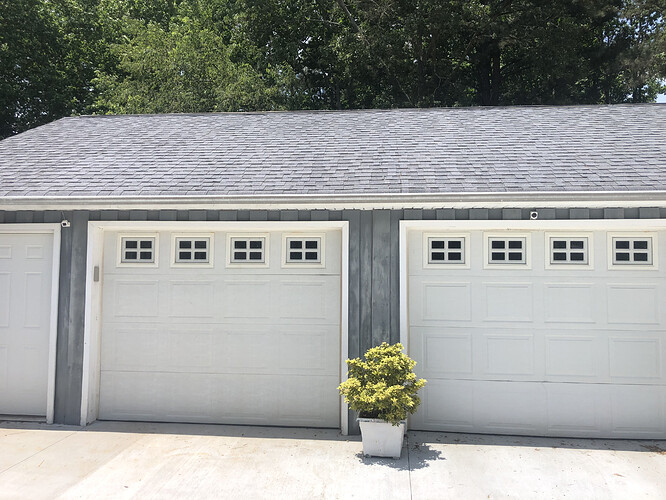 You’re correct. None of these cameras have functional audio and should never have been marketed as being capable of recording anything but video. I thought my first V3 was defective. I contacted support, jumped through their hoops and they ended up sending me another. It has the same problem. Garbled audio and constant static. If you put your ear up to the back of the camera there is an audible buzzing coming from the components which the microphone picks up. Apparently no one thought to remedy this during product development. I’m under the impression the V2 and Pan had the same problem but they decided to go with the same components/design in the V3 anyway. Most people use these outdoors and aren’t concerned with audio so I guess they can sell enough without having to remedy, or even acknowledge the problem.

Ah. So maybe the grinding sound I’m hearing when listening to my new cam v3 on live play is similar to the problems being described in this thread. It overshadows any other sounds it picks up ambiently. So I guess everyone here is saying that it’s a known issue and I shouldn’t anticipate that there’s a fix?

I heard in a video on youtube someone was complaining about the audio quality and or noise etc.

The said it was due to the compression of the video and sound files when you stream. However if you download the file directly from the sd card and listen on it through pc, the quality is crystal clear and or no noise.

I think wyze should adapt a better codec for the streaming. I mean we are able to stream hd videos so sound should be easy.

Just trying to make a suggestion so you fan rule out if its actually the camera or not.

Let’s talk about this in one thread instead of many?

Unfortunately, this subject is more complicated, and we probably need a link to see the YouTube video you saw. This is a user-to-user forum, so you are mostly talking to fellow users, but there are a few Wyze people that intermittently view some of the posts. The selection of a CODEC usually determines whether you can hear or not hear an audio stream. For quality, it is often the hardware or firmware on the device (camera), and whether it can send it faithfully. Wyze cams have been known fo…

Sure. Just didn’t realize there was an ACTIVE thread on this that pertains to the issue I’m experiencing.

I was also not aware it might be a codec issue. I’m not at all aware of having any control over or even a way to check what codec an iphone or ipad applies to these videos.

Until there’s a fix, it might be more helpful to encourage discussion rather than restrict it into oblivion. I’m not advocating forum spam, just requesting reasonableness. Thanks.

Are we not talking about it? As for oblivion, viewing the ‘latest posts’ doesn’t care about that.

There is nothing in oblivion here.

I really don’t know what you are on about. I’m mildly going about trying to solve a problem with brand new cams on the first day of installation. I searched the forum first and found nothing helpful.

Thanks for your reference to another thread, but I’ve never heard a rhythmic audio artifact that was explained by a codec.

So I will keep soliciting input from the community as necessary. Thanks.

I’ve never heard a rhythmic audio artifact that was explained by a codec.

I’ve given up on sound with these cameras. When I try to talk to someone from my phone through the camera all that comes out of the camera is garbled static and a screeching noise. It sounds absolutely nothing like a person talking.

Watch it, he shows you sd card direct, sd playback through app, and cloud… You can hear huge difference.

It sounds crystal clear at end , which means the wyze microphone is good.

It doesnt make sense in 2022 for any microphone not to be manufactured clear.

I still think its a compression/ codec playback app issue.

I didnt speculate , i researched and found that the quality of the same audio on the sd card in the H264 format is crystal clear vs when you stream it through app.

Now i am speculating because i didn’t design the app, something is being lost in the streaming live vs sd card. Because i also notice quality difference. Perhaps its streaming st a lower bit rate. Lower bit rates can cause more artifacts in audio and video, cause garbled noise and tiks etc

Its the only logical reason why people may be experiencing audio issues. Usually new hardware works… Its the software that creates the problems. Now i also think wyze doesn’t want to stream everything at highest bandwidth… Its expensive. Netflix also reduces the quality automatically depending in bandwidth and ur speed

Now i live stream my wyze, and for 40 bucks, im satisfied. But first try testing the sound by downloading the mp4 file to pc … then use vlc to play it back… then listen to same video with sd card plugged in and streaming from cam…

I’ve considered the possibility of interference but I haven’t identified anything that might relate to the specific rhythmic grinding sound. There’s an outdoor temperature gauge that transmits to an inside base station, but there doesn’t seem to be a correlation between the timing of the temp transmissions and the cam noise.

I did, however, make a different observation about the cam sound: When I enable the mic that would allow me to speak through the cam, the grinding sound recedes to being barely audible. It’s still there but much diminished. When I switched off the mic again, the grinding noise snapped back into its previous loudness level.